giving this a bump. I cant plan tomorrow let alone 7 weeks from now. But I am looking forward to going if I can make it. If I can pull it off Ill be bringing along one of the JD’s running on a Micro if I can get it to work. Ill see what we can do to build some rocket stoves, the new camp stoves and maybe some Micros to sell. I dont know If we will have a flex to bring. That I think might be a bit much to fit in the S10 anyways.

well this is the year im gona make it wife has put in for vacation kids are going to miss a couple days and my schedule will just half to work .
so now its wood prep time but if I don’t get enough o well its still on cant wait to meet everyone and see all the different projects posted.

Looking forward to meeting you for real and seeing your chevy.

did you talk your wife into driving your truck unless you started cheating wink wink. I still would like to see that ls run on wood. eather way it will be a pleasure to meet.

I;ll be there with the truck one way or another.

The vacation starts one month form this morning and we will be fired up and headed north . Looking froward to seeing you guys again .

Wayne - What route do you normally follow? If I am able to go, I might join the caravan.

Usually drive to Seymour In ( half way between Louisville and Indianapolis ) and stay overnight and drive on to Argos Thursday arriving mid afternoon so we will have plenty of time to rest, put up our tent and get ready for the weekend .

We will really miss you Randy .

You and your daughter made some fine music !!

Anybody heard from Gary Langworthy? I was really hoping to meet him this year.

Thanks Wayne same here maybe next year,It was only fine because we had some fine singers like you and a lot of help from Chris

Randy Prichard and others 2 AM Argos 2015 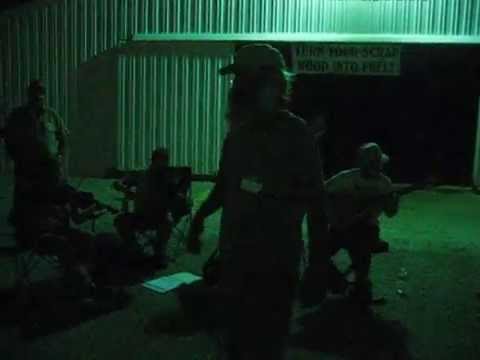 Yea haw Mike La Rosa get after it

Sure hope this weather forecast will hold true .

We can “hope” but I have lived in the Great Lakes area long enough to know, they have trouble predicting the next day let lone several weeks. If I make it i will be accompanied by a rain coat and warm jacket. +++ and maybe a swimming suit.TomC

Hello Mike B and Rene.

Real glad yall will be making the trip to Argos

We will be putting up out tent three weeks from today .

Not to be a downer but they are also calling for tonight to be our last frost. I am going to have to call BS on that one at least for here. Two years ago there was still snow on the north side of my shop when I left for Argos.

Last year on Sat night moved my cot to a place in the tent that wasn’t being dripped on threw my coat in a dry corner and went to sleep. When I woke up put my feet in a little water. Went to grab my coat it weighed about 50 lbs turns out that dry corner was the low spot

One week from today and about this time of the morning we should be loaded up and headed north .

Seeya when we get there