One thing that’s weird is the kits those E85 sites sell don’t offer one for my 98 Buick Century, yet they offer them for the 98 Chevy Lumina, same 3100 V6.

The fuel injectors are the same part number, but the fuel sending unit and pump appear to be different numbers and the lumina’s costs more. I don’t know if the lumina’s would be a direct fit. However, there is an after market fuel pump that is e85 capable that fits your vehicle. It mentions e85 resistant materials which I am guessing the stock version doesn’t have, because the lumina’s mentioned stainless steel. 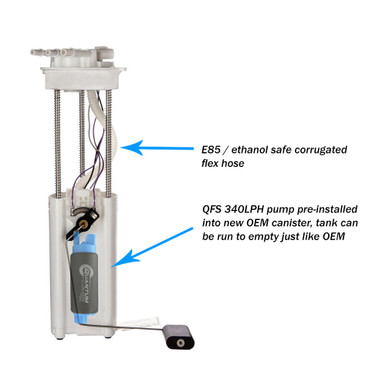 FREE 2-DAY SHIPPING, EASY INSTALL from the AUTHORITY on OEM replacement Fuel Pumps. SAVE up to 70% off on parts for your Buick Century 98-99 with QFS-A135HV

Wallace,
Canadian farmers are also feeding the world!!
I like your attitude, and your engine knowledge. Regarding Onan products: I made up the phrase “Ebay Effect” years ago. My wife and I went to auctions collecting books by a certain author. Paid a lot for a few. Then the internet and Ebay got popular, and guess what? those books were not rare at all, everyone was just hanging on to one because they were “rare”

Priices dropped like lead balloons.
There is indeed more Onan stuff out there, finding it is the trick. I have an Onan generator very close in resemblance to the Onan green one in your trunk picture. Came out of a 1980’s television live truck. I wrestled it home, got it working again, then never used it. It is too heavy for me to move around, needs to be on wheels. Sinking into my sub-standard garage floor now. Seems to be 120 VAC only, could never find 2 phases.
@Dualfuel need to MacGuyver make up a substitute spring holder of some sort if you have all the other parts. I know you have the skills.

Haven’t tried this but have been thinking that a pipe weld fitting called a stub end would make a great fire tube.
Search: stub end 12" sch 10 matl 516-70
Rindert

I think marcus bit the bullet and bought a section of pipe Rindert. I have thought about using quarter inch plate welded into a hexagon or octagon with angle Iron reinforcement welded on the back side of the plate welds so that if the interior welds were to break it would still be sealed and still be round enough function.

Haven’t bought it just yet but it is sitting at interwest metals waiting for pay day. Moving is priority right now, V10 is putting in work and sucking gasoline like a sailor back at port from a long voyage

If that is the case you will be broke before you get back on ship. Put some extra pounds of air in your tires and coast down hill when you can. Also drive 5 mph slower. You will be surprised how much you will save in fuel.
Bob

Yes we do our part but can;t match the volumes.
But the point I was making that is often forgot the massive amounts of emergency food the US has in the past and always seems to be able to provide when a serious crisis happens.
And on a personal level lots of people give money when there is a crisis but Americans are particularly generous and stand out.

Weapons and misguided interventions sometimes cloud the worlds view of American generosity…
Then an International crisis happens and the ships come in and the bags of food start to flow and people realize its Americans that trying to help.

The smile says it all. Came out of a 1980’s television live truck. I wrestled it home, got it working again, then never used it. It is too heavy for me to move around,

Likely a CCK or BF.
If its got an aluminum block its likely a BF ( about 220 pounds in weight but it could be an NH largers and around 250 pounds )
the NH units are around 6000 watt.

There is no trade off when it comes to reliability.
You can make some very light generators that are very good but the parts are always going to be stress more than a large heavy machine.
And large heavy machines usually have a reserve of power for high loads.

A Champion generator rated at 4000 watts might have a displacement of 12 to 14 cubic inches depending on what you have…
Some comercial portable units have larger engines up to 18 cubic inches for some exta reserve power and to reduce the stress on parts at a high load.
An Onan CCK of B range has a displacement of 50 cubic inches…
Its turns half the speed of a 3600 rpm unit but being a twin this is the equiv of a 25 cubic inch machine at 3600 rpm.
Low stress lots of reserve power to burn low grade gasoline or NG and still produce its rated power…
This is not unique to Onan they just took it further than most to try and build sets that would last and last…

This is a 18 cubic inch engine at 3600 rpm rated for 3000 watts.
It does have the same amount of reserve power and requires higher octane fuel to achieve the same results.
Its still outclasses most Chinese and even Honda units for its reliability and features ( and its 60 years old ) Notice it s a big block Honda…
driving a smaller generator.
It was a custom job I did to burn wood gas and natural gas …
( but it came from the factory with a large Kohler engine with similar performance and larger displacement ) 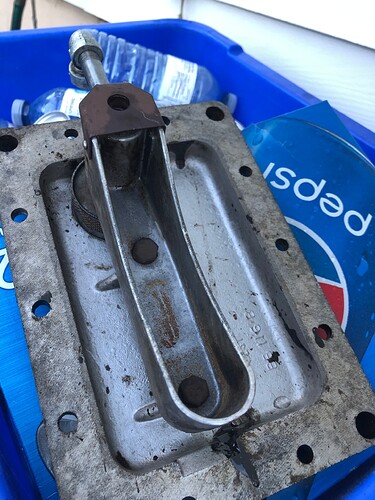 Another free BGE followed me home
These also have oil pumps and full pressure lubrication with filters.
Can you sort out the electronic gremlins from the 80s is a different matter 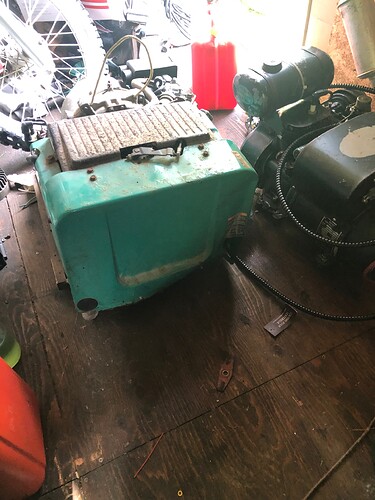