Voltage regulation of an alternator for battery charging

12 V car alternator, PMG’s are available, even with switchable regulators, basicly at any amps… used also in car audio… 300 amps, 16 Volts ? no problem to find them in the states…

JI was lucky enough to find this on Craigslist .It is my new project and seems to do bolk charging quickly. Have not had much time to play with it but did get an engine and belts on it. I run it a bit but need go get it quieted down a bit. Will be using a gas water heater for a muffeler and stack. It is a Good ell starting/charging unit from a tow truck. It is rated at 300 amps. They are available new but go for about 5600 dollars. This is the platform for my new home built inverted generator. it came with a third generator for a smaller second unit. Fourtunitly I have just the right inverters for the job one 2200 and one 3200 watt constant duty. 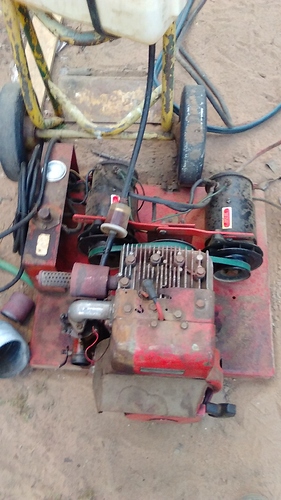 Nice find Jim, sometimes you just look at the right time on Craigslist and find a great deal.
Bob

Yes Bob I look daily, I always find great deals but usually when I have no money or the time to make the drive . Every thing is 100plus miles one way it seems.

Jim, I know exactly what you talking about. Years ago I lived next to where I worked at Wanapum Dam in the company’s housing called Wanapum Village on the Columbia River, Washington State. It was quite remote back then in the 70’s the little towns around there have now grown up. But it is still a 60 plus miles drive get to the Tri-cities, Wenatchhee, or Moses Lake where I grew up. Just go to the bigger stores with more selections to choose from. I now live in East Wenatchee, closer to the mountains. Still live on the Columbia River just up stream about 65 from where I use to work.

Joshua if you have the spare midnight classic and a pma I think that would be your best option. My understanding is the problem the mppt chargers used to run into was mostly when dealing with wind. The constant changes in voltage and amps would reek havoc on their sweep algorithms. A constant speed engine driven pma should work fine. If you don’t want to risk the mppt charger totally look into the marine controller Steve mentioned.
Best regards, David Baillie

Hello everyone!
First time here and hopefully I could shed some assistance.
I have an adjustable 3 stage smart regulator on a 12v 120amp alternator driven by a petrol engine.
Here is a short video explaining my setup. 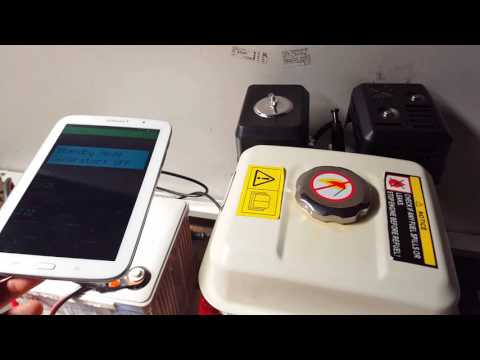 Very nice work!! this is exactly what I am working on now. I am using AIM’s and Schneider 48 volt charger controllers that both feature the auto gen start. This is exactly how these systems will work with the exception our gasifeir plant will go through an ignition cycle first before firing up the engine. Nice thing about wood gas is no choke required, we simply adjust air fuel mixture electronically.

This the Raspberry Pi3 with the 7" touch screen this will drive several arduinos slave modules to perform specific task especially servos controls as they are better suited. 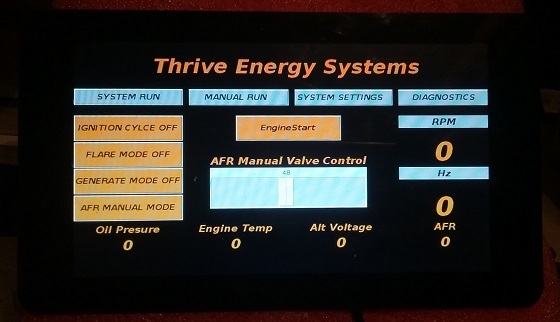 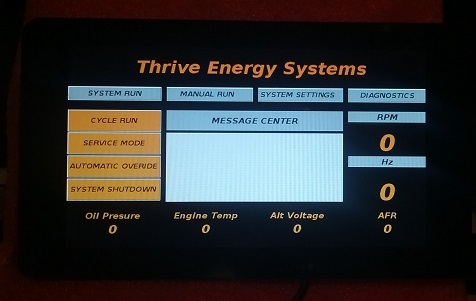 Hi Nick , and welcome aboard .
That’s a very nice system set up you have made for yourself well done .
How much would it cost to build the control unit with a 3 stage charge controller ? I wouldn’t mind getting a 12volt one made up for myself .

Hi again Nick ,
I just had a look on You tube at your other video’s and realised that you are already making and selling some of your units and that your away in Cyprus right now and will be back home in Aus end of the month , so let me know when your back home.