That’s pretty impressive that char made it all the way to the hay filter, must be pulling with the motor pretty hard? Was there anything in the bottom when you did your hay filter change the other day?

Or massive pressure blow by out the crankcase. Putt-putt listening in the oil filler cap.

BEFORE PVC’s systems in 1967, the standard oil life change was 1500 miles. And this was on relatively clean burning gasolines. Ha! With lots of leads in them! One of the combustion blow-by oil contaminants.
With your PVC system no longer positively sucking out bad vapors; and fresh filtered air resupplying into the crankcase I think you are soots sludging up.
Just change out the oil at more frequent intervals. If it is going to use-thicken on you maybe start with one grade thinner.
No reason to use a super grade synthetic oil either.
Here PNW the two consistent cheapest motor oil suppliers is Wal-Mart and a regional chain: Bi-Mart.

Sunday would be just fine too.
S.U.

Hi Jakob, this happen to me coming back from Argos three years ago. Mike and I were out of Cheyenne Wyoming and I noticed my oil pressure low at idling. Changed the oil and everything was back to normal. The oil was starting to turn to thin jelly. I was using a high mileage part synthetic oil blend. Went back to regular 10 30 oil.

I pull the hay out of the filter and find about 5 gallons of soot and fine char in the bottom of the hay filter basically completely clogging the pipe.

Sorry to hear about the mishap .

Do you have a condensate / trash tank between the cooling rails and hay filter ?

I have never had any char bits to make it all the way to the hay filter .

I think you are soots sludging up.

Yerp! Those 6.2 diesels I run will turn their oil to sludge. The Farmall h’s will turn their oil too jello all by themselves without alternative fueling.
Steve, do you remember the 400/455 Pontiac engines, or the 455 Buick’s whose head gaskets would leak just enough to make the pistons stick on a hot restart? Whu whu whu, vroom! I couldn’t afford gaskets, so I ran distilled water instead of antifreeze, and it made them easier to start.
I would run straight water in an engine if I suspected the head gaskets were leaking…water won’t gum up the cylinders, and the engine can handle a bit of water in the oil.
Just some memories…

Sorry for all the trouble Jacob but big thumbs up to you. Not that many people who could be a couple thousand miles from home and encounter those kinds of problems and first, not have a clue what to do about it and second, not find some corner to crawl into and suck their thumb and cry. You are a man.

Well i checked the oil today it was about the same as yesterday. I don’t think blown head gasket either no water missing from the system. I decided to let it sit and drive it around here and to the coast and back and then if i have problems i can fix them on the weekend at Mike’s or Bob’s place. I cleaned out the gasifier today again got quite a bit of char out of the cross over again but its kinda expected pulling these hills.

Marcus:
I Got a little but not to much but i hadn’t pulled any mountains yet when i did it last.

Steve:
I would like that a lot, On Tuesday i have to go to Oregon carl’s and load wood on the way north and then meet you after that. If that works for you.

Wayne:
I have a small tank but most of it ends up in the hay filter.

Tom:
There were several times I wanted to get discouraged with it. My mind kept going back to a movie about a guy surviving on Mars alone for over a year. At the end he was giving a speech to a group of astronaut candidates. He said one day everything is going to go south When it does you can either accept it or get to work. Solve one problem then the next, eventually if you solve enough problems you get to go home. I know its a fiction movie but it seemed to fit quite well to the situation. Woodgas is work, Driving old vehicles is work. You fix one problem then the next then you get where you are going.

I’m just going to run this oil change and change it right before i leave Bob’s. Then I will probably change it at Bill’s, Bruce’s or Tom’s in the north east.

Hi Jakob, I only run my oil to 2500 miles now that I know about the oil turning to thin jello.
Reading up above about diesels and what they can do to oil makes me wonder, my oil is always back when I dump it. Oil cheap compared to a overhaul on the engine. I have almost 2500 on my Dakota truck right now and the oil is black. I going to change the oil before the wood gas meet up at Mike’s.
Bob

i agree on the oil jake. Change it more often… You’re pulling hard, it’s an old engine, …and don’t use our expensive synthetics, rather some thinner conventional stuff.
I also like the thought about the water instead of anti freeze. probably less likely to gum up. just make sure to use distilled water and be careful when you get up to Bill’s area with the polar bears. After all, it is half past August, they’re probably plowing snow in a week or two. Don’t want to freeze and crack a block.

(still a little jealous by the way)

Hey Billy, next year it is your turn and Jakob can run things on the farm and deliver the ice too. You and the wife could use a little vacation trip touring the USA on wood. I always have wood for any wood gasifer vehicle that comes by. Bob’s wood refueling station. All DOW members free of charge.
Bob

hello Jakob, considering how you described the problem, I mostly agree with Steve, so I think that the cause of these problems is not a blown head gasket, but a bad seal of the piston rings and too rich a mixture of gas that burns incompletely, so soot turns into oil. … if the vehicle were possible with slightly higher turns and lower load, the passage will be smaller. For a small leak of cooling water, a sealant that flows into the systems is a great help

Perhaps from all the downhill driveing? If motor braking downhill, the engine still sucks gas but may not ignite it… Just a thod…

I have a couple of cases of Shell oil I stocked a while back. I think it’s 10W40. We can definitely hook you up with an oil change and filter too if that 318 uses the same filter as a 360. I’ll have to look that up. Jakob, nice pictures. Is this the famous salt lake for setting speed records? You should experiment in style 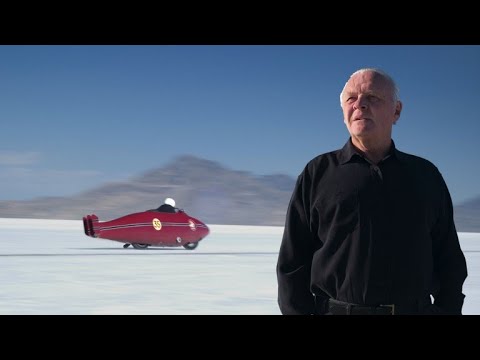 Jacob,
I’ll probably bring down the wrath of all engine purists upon my head, but I think Tone is right. I heard your engine run. It’s like my Ranger used to be. I put two of little bottles of STP in the crankcase and rough idle went away, also a small increase in power.
Rindert

Many moons ago I had a VW camper bus Rindert. It had more STP than oil in it. Worked fine until it got cold, then the stuff in the crankcase was too thick for the starter to turn over. Put a candle under the oil pan and gave it a while to warm up. Warmed up real good. Caught the drippy oil on fire and then the fuel line. Try and put that out with a couple of gallons of water.

I have been driving around here with it no problems. I will just keep the oil changed and keep trucking.

Today was a very satisfying and exciting day for me. We made it to the west coast. I couldn’t find a place to drive out on the beach but i got within 100 ft of the sand. I am going to say that counts as the coast. 3 out of 4 down. Gulf of Mexico, Atlantic Ocean, Now the Pacific Ocean. The only thing left is the Canadian border. I did the Numbers and i have used about 4 Gallons of gasoline for this trip. ALL the gas was used in starting the vehicle and when i broke down The truck idled in a parking lot of about an hour and a half total. All of the driving from coast to coast was done on 100% wood. So far i have a total of 3,239 miles on this trip.