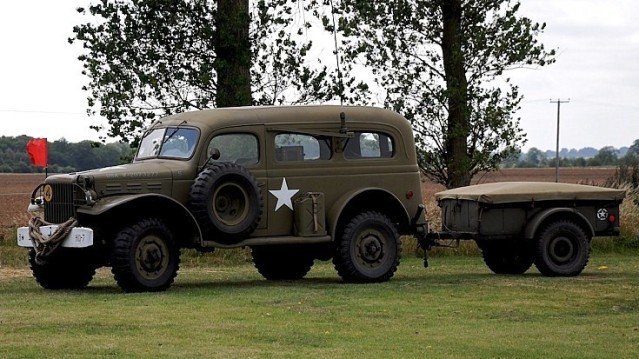 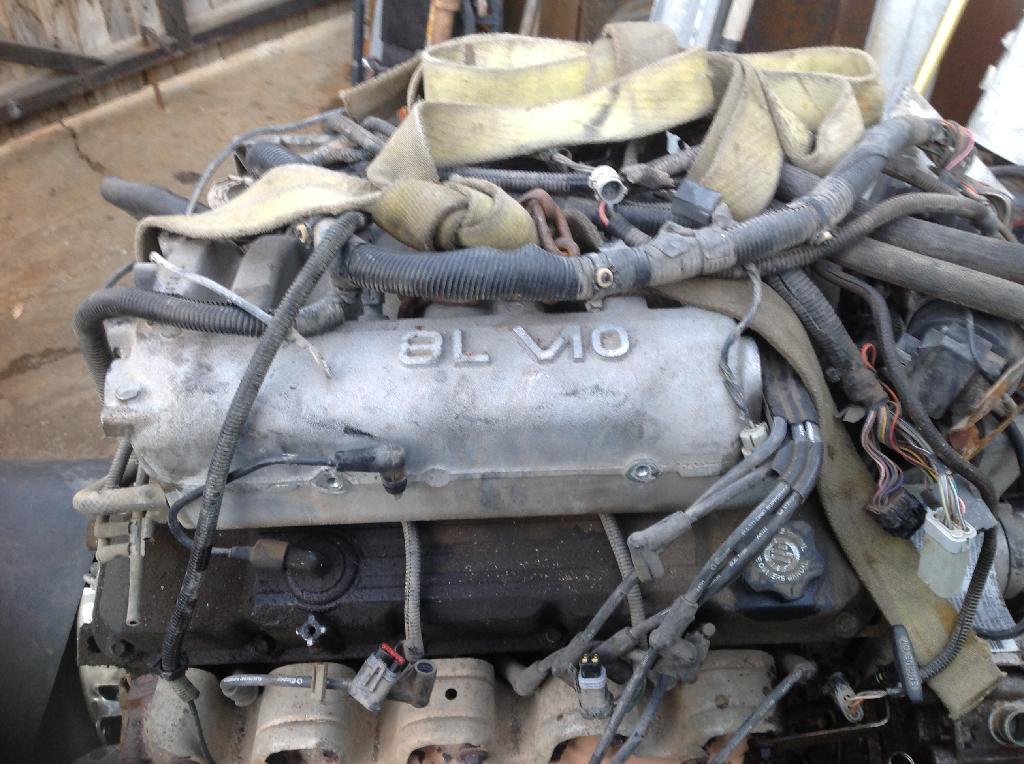 I just got my V10. I plan on putting a gasifier in the back of a Ben Hur trailer being pulled by my Dodge Carryall. It should look like a couple of green 55 gallon drums in the back of a trailer. I know it will be a big project, but I retire shortly and will be fun.

Don’t know how to post pictures, the URL code doesn’t seem to work.

I search for CRAWLERKID on photobucket with no luck… Is the account still open.
All the Best
TerryL Thanks for the pictures .

My dad had a '41 model that he used at the deer camp. We called it “The Army Truck” when I was a kid. He could go ANYWHERE in that thing. If there was no road, he’d make one. Rescued lots of Blazers, Broncos, Scouts and Jeeps with that PTO winch.

Wayne, my engine is a 96 model, will this work? Also will the automatic transmission work? What is the total weight of the gasifier system?
I going to put a smaller fuel cell in the truck, but the entire trailer will be dedicated for the gasifier. The pictures of the trailer combo, and just the trailer are another guys, but the four door and the engine are mine. I plan on building a system that would look somewhat period correct, but with a modern power plant. I have a picture of a tank driving with a gasifier mounted on the back. Mine will be a cruiser that the wife and I can take on a road trip to see some of the sites.
I was also going to make my filter look like an wooded crate stamped with “crackers” or something. Of course everything will be out of metal, possibly some aluminum. The trailer sides will be the radiator. You guys get the idea.

Sorry to be so slow getting back with you.

The 96 should work fine. As far as transmissions I really like the automatics but it may be personal preference . All my vehicles have been auto trans except for the very first one I built ( 78 , F-350 ,400 cid , manual four speed) I find when I am in tight places I can hold a little throttle and just a little brakes and make it maneuver well .

The weights of the gasifiers can vary quite bit depending on the thickness of materials Just a guess I think the gasifier system on my V-10 would weigh about 700 pounds . This includes cooling rails , filters , tanks etc.

Just one note to keep in mind . The V-10 is a big slow rpm , high horse power and high torque motor. I would make sure your truck isn’t geared to low for the motor.

I worked My V-10 Ram all day today . It was cold and very windy but the ground has dried enough to get over so I took the opportunity to haul in hay . Not a lot of miles but I run a couple hundred pounds of wood through it pulling a hay trailer and moving equipment.

Well that’s perfect, I’ll just gear the drivetrain with 4:11’s or similar. I think I’ll run GM running gear, 14 bolt rear Dana 60 front. This is going to be fun. I have to get the book. Does your premium membership have access to a video on the build? I also access to the overpack drums, I think there 85 gallons. We use them at the fire house for Hazmat clean up.

“ Does your premium membership have access to a video on the build? “

Yes , We have step by step instructions that consists of about forty videos . The videos are based on a mid 90s dakota but many are applying this to many different makes and models. .

We have a saying on the web site “ 25% machine , 75% operator. We try to train / help the operator through the learning process.

I was just wondering how the project was going, very interesting! Please give us gas-in-aters an update!!!