I have the first 5 kW CHP well under way. This is more a premium machine I am now offering. This machine features the ES-III gasifier with SS internals, air preheat system and high end insulation technologies. The filtration consist of a cyclone, liquid cooled condenser, media filter, and mixer/dryer. Automation systems come standard and feature the hopper and grate actuator. Also this machine has a twin blower system, both blowers can be ran for lighting the system and one of these can be used as a pusher. The pusher blower will be controlled via a pwm.

Waste heat recovery is a big part of this machine, These features are a flat plate heat exchanger to capture heat from the cooling system and also there is a heat exchanger on the exhaust system. Both systems are for converting heat to hot water for supplemental heating and hot water needs.

The engine is the 31 hp EFI liquid cooled Kohler engine. There are three 250 amp alternators and can be wired to fit endless applications. There are cut of switches for all three alternators and the on board 8 kW inverter system. This machine can be a stand alone system or plugged into a larger battery bank. This also makes the machine plug and play with wind and solar systems.

Im hoping to have this guy ready to goes by the end of next week. I will keep this thread updated as things progress as I am very excited about this machine. 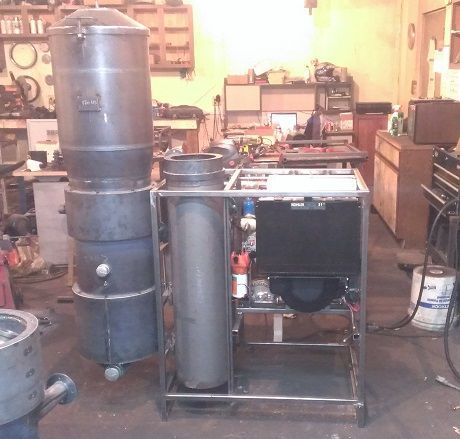 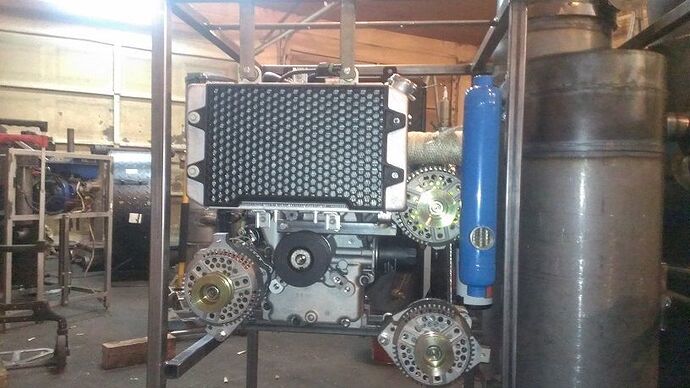 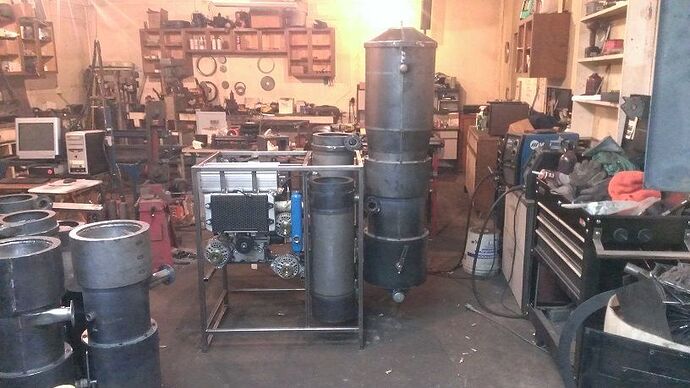 I took some more pics of the machine before tear down for paint and finalizing this build. Here the machine is about 95% complete minus paint, some minor plumber work, the panel skins and fluids.

Im hoping late Friday I will have it back together and ready for fire up and debug. I will for sure get lots of pics video before I let this guy ship. Nice picture set MattR.
I’ve used these same ForMoCo alternators and like them a lot. Very powerful and durable. And readily available for replacements and parts.
Ha! These all-in-one systems do grow in weight fast don’t they!
Regards
Steve Unruh

Yeah when I built the gasser for this thing it weighed 180 lbs by it self. So I estimated that the rest would only add an additional 200 lbs or so with out batteries and the panels. I was only of by another 200 lbs. lol Yeah this thing is heavy!!!

Well I put it all back together and started pretesting on gasoline. It started up and ran for about 3 min and the fuel pump took a poop. So off to the store in the morning to get a new one. This thing needs 40 psi to run and I found one that is rated at 70 psi. I hope it isnt too much, hopefully the regulator will keep things at bay.

Hope to get some pics up once I get the pump replaced, Id like to run the gasser tomorrow as well.

Finally I got video!!!

I still have my work cut out for me though, I need to quiet the exhuast some and the dual belts I put on it still do not have enough grip. So Im going to have to gear up the alternators. I might drive one on a separate belt now that I have the extra groove in the drive pulley.

I couldnt find a 6 groove serpentine pulley that will fit the engine, I could go that route, but I could not find one that would fit. I ordered one from McMaster but it had smaller grooves than what I was needing. So I ended up going with the dual V belts. Going to the larger pulleys in no big deal but I have plenty of engine to run the alternators at thier higher RPM’s. But it will still get the job done.

Here is the basic over view of this system. 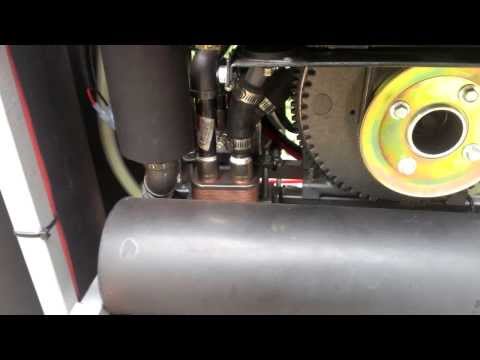 That is absolutely brilliant.
May I use it on my hopper, I seam to have a problem with bridging ?
Thanks patrick

Yes absolutely, I use VDO blower motor part # PM240 Autozone should have one in stock. You will need to cut a few spot welds off the blower mnt plate and the blower will come right out. This blower motor is the most powerful one that I have found.

A few pointers to thing about. your motor speed will = your frequency (the faster the higher frequency.)

The is to prevent bridging not to correct it. This also helps the machine run more stable.

Thanks Matt
I will see what I can find.
The autozone in South Africa does not list the blower you mentioned, but will try fined one from a wrecked car.

Yep. Yep. A hopper shaker becomes just about a necessity on stationary raw fueled systems.
Couple of expereinced learned pointers: put it as relatively high up on the hopper as is feasible. You actually want to not have minimal effect the grate. Nice as one shaker for both would seem it is all too easy to over-grate-shake down affecting the reduction char bed. Really need to opreated these actively separatly on needs demands.
Hopper shakers crack and break brackets, mountings and motor bearings sooner or later. Watch for this. Reinforce. Ungrade motors as needed. Chase this from one area to the next and back. Use sparingly at the lowest amplitude possible to get the job done.
Look in my photo album on mine. Very similar to what MattR has done. Works fine.

Yup this is why I do short burst. Yes good to note mount the off balance wheel as close to the motor as possible. The PM 240 motor seems to hold up pretty well using it for this.

Thanks for the info Steve , will go have a look.

Sorry Steve I can’t seam to find it in you photo’s.

Mouting Pad on thside of the tall hopper. Too LOW. Old ideal - not! S.U. Well we are getting ready to ship this one. Here is a video of the load testing I did with it tonight. I did get some belt slippage; however, this was from a cold start and it was hardly producing good gas to keep it in the higher RPM’s. Once its fully warmed up the welder hardly affects it at all. Also this is with just a single battery, with a full battery bank it will perform even better. But anywaysI had to get a quick video of it before it leaves so here it is.