What models in the 90s 350 Chevy would would be a candidate to woodgas.

I think if they had a metal intake manifold and multi port fuel injected they would be OK .

I’m new here, but I was considering the same thing (90’s Chevy). I have had several, and know that the 350’s (5.7L) engine in the 90’s and late 80’s had throttle body injection. In 96 they went to a “Vortec” setup, which I think, is a slightly more sophisticated type of fuel injection.

Thanks Wayne
I don’t know witch ones have plastic intake or TBI. I am seeing them showing up around here and getting cheaper than the other trucks.

My brother has a chevy in the 90 years and not sure which one. He has a plastic intake and also a factor setup for LP gas ( he was employed by a LP dealer ) He started it one morning and blew the intake into pieces … From that point on he always started of the morning on gasoline and switched over to LP .

Hi Jim, good to hear from you. I am going to build a wood gasifer for a 1995 350 engine with a metal intake, it has a throttle body on it. For a customer.
Bob

Hi J.B. welcome to the most complete gasification site on the internet to date. We are here to help you, lots of people here with first hand experiences in all the different types of gasification.
DOW or stationary generating power.
Bob

Back about 2012 or 2014 there might have been a couple guys with throttle body injection that did gasifier conversions. I am trying to look them up on the forum. Might have seen one of those at Argos years ago.

From what I can find out all the 350 Chevy in the 90s was all TBI before the vortec came out.

Probly went too central port injectors, ware the have a bunch of plastic hoses comeing from a central point up inside the intake manifold , you dont want that fuel system.My 350 chevy 3/4 ton truck worked good with carburator,and wood gas, I have not tried throtle,body motor though, The fuel injected motors ,with injectors down by the combustion chambers are a better choice for a wood gas conversion. MAybe just for hibrid driveing when extra power is needed , port fuel injection works the best.

This popped up in my feed today. Our woodgas brothers in Finland. They have a lot of chevrolet products they have gasified. 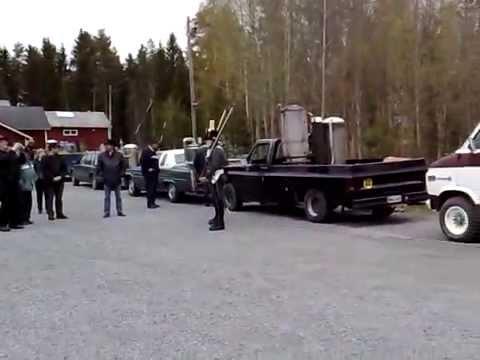 I honestly wonder if it’s because GM is popular there, or if GM vehicles respond better to woodgas? 90s Ignition computers in GM cars and trucks keep pushing the envelope advancing the timing with the knock sensor.

90s Ignition computers in GM cars and trucks keep pushing the envelope advancing the timing with the knock sensor.

I think it is 96 and later with obdII only that have knock sensors?

Probably so. I’m not really an expert on generational differences in vehicles.

Some domestics and higher line Euro imports did use knock sensors in their later OBDI systems. Starting in the late 1980’s.

From those I’ve worked on and data scanned it was GM and Totota to do the big, quick timing jumps ahead until knock heard. Then one degree at a time back off until just not knocking (pinging).
Others like Ford will creep timing forward 1-3 degrees at a time waiting, listening for knock. Then repeat. Then repeat. Knock detected, jump back.

Here is a newer video, better pictures of the gasifiers and there is a Ford Truck in there as well from the same guy. It has to be a group though. 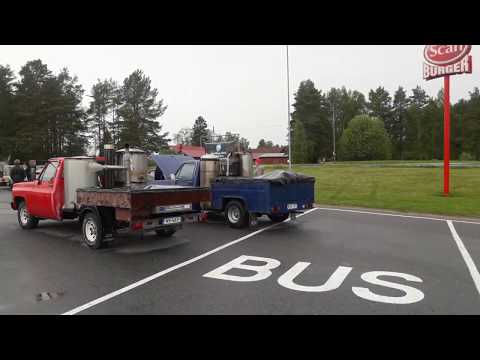 We need more DOW people to have wood gas gatherings like this in The USA. We are planning The Second Washington State West Coast Wood Gas Meet up for 2022. Time and date not set yet.
Bob

All, “Anachronist’s”, gather ye here!
Much, much better than Survivalists, Preppers, Permacultures, Futurist.

Anachronist: bringing lost past, forwards, out-of-time to now use.
Or stretching the current Forwards; for the to-be; can-be, bright Future.
Works both ways.
Steve Unruh

My brother has a chevy in the 90 years and not sure which one. He has a plastic intake and also a factor setup for LP gas ( he was employed by a LP dealer ) He started it one morning and blew the intake into pieces … From that point on he always started of the morning on gasoline and switched over to LP .

Really good tip there.
I would never have considered the plastic failing and blowing to pieces.