Starting a project !!!
This truck will replace the ranger that I have been driving for the past year. This is a 96 dakota v8 manual trans regular cab short bed. The gasification system is already installed on the truck. Worked on gauges,wiring and control cables today made good progress. Hope to be running on wood by the 19th of this month.
Enjoy the pics. more to come soon!!!
HWWT Sean lookin good! i bet the manual will be fun! red black and silver my 3 favorite colors:)

Man you work fast. Look forward to some youtube videos of this truck in action. Best regards.

Hey All
The Dakota is up and running!!! Went for a few rides today all I can say is WOW this is the same system that was on the Ranger. The difference between the two trucks is amazing. While it was fun and challenging too convert obd2 I feel it is just not practical (my opinion). Now to put an engine in the ranger and find another Dakota. HWWT Sean 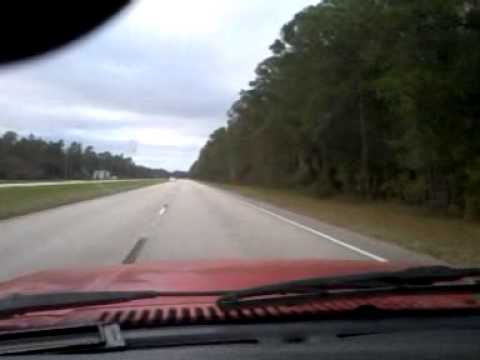 Carl
This one is still an obd1

Brent
No problem with the manual I kind of like it!!!

John
Thanks when you have the right tool for the job makes go all the more faster.
Remember I didn’t have to do much shopping for this build most of the parts were laying at my feet.

Were you able to push your timing up a notch after you hit the road?

I f you were able to take Georges Imbert a ride in the dakota I feel he would want one.

Hey Wayne
Yes I did hook a timing advance cable to the dizzy and it works very well. I turn it about a peg and notice a big difference in power.
The Dakota has the small truck market nailed you can’t beat it for power and comfort. Woody is smiling from ear to ear right now couldn’t be
happier. I have a demo on Monday I plan to bring the Dakota there should be a nice test run. If anyone is in the area I can send you details.
HWWT Sean

oh yea sean i bet you do! i heard some others talking about how you can use the rpms easier to stoak up the gasifier, i cant wait till my 5 speed is back in the bronco! ill hit you up, later

Have you had a chance to drive the new dakota anymore this week?

Hey Wayne
Are you kidding? My butt is glued to the drivers seat!!! Woody going to arm wrestle me later winner gets to drive tomorrow. I think we will be building another Dakota very soon.Yesterday I was asked to speak at a meeting in Green Cove Springs for UF. The truck did very well. After that drove around for the rest of the day put down 200miles. Today I got up cut some more fuel put down another 150miles both highway and back roads country driving. Truck is doing very well couldn’t be happier I will put some more videos up soon. Sometime I will have to get back in the shop and finish building the monorator tank and grate shaker. Hope all is well in your part of the woods. HWWT Sean You may be one of the few that understands why I say I will never gasifie another TBI or carb vehicle for my own use.

On the down side you will have to pay more attention to the speed limit signs.

Morning Wayne,
I couldn’t agree more been there tried that just not worth the trouble when you could have something like this. While the other trucks do run well. The simplicity of this
truck with this system has them all beat hands down. Like you said it’s just a good match best bang for the buck. Hope I can find another one in good shape.
HWWT

Put down another 75miles on the Dakota yesterday. Running very smooth did a mix of highway driving and dirt road driving.
A bit of a challenge to shoot videos and drive woodgas with a standard transmission. I need a third arm will have to work out some kind of
contraption to help me out or find a volunteer to ride with me. HWWT Sean

Who has been wining the arm wresting the last few days and getting to drive?

I put a quick 30 miles of the V-10 this morning and will be doing more running around this afternoon.

Wayne
The Dakota has been down since Thanksgiving Day minor problem with the flywheel and throughout bearing. I also have been down with a little flu/cold. Ordered new parts a few days ago they should be in today. Hoping to be back on the road late tonight or tomorrow morning. Been driving the f-150 though still running good. A little video of Dakota repair below. I drew the short straw and volunteered to do the work.

The Dakota lives again!!! Running much smoother now we should be out driving tomorrow. I meant to put this pic. up a while ago and forgot. I took the truck to get it weighed before the gasifier was mounted on it. This was with my weight out of the truck. The man at the scrap yard said it should be accurate to within 20lbs. I haven’t been back that way yet but plan to see how much weight was gained with the system on it. Wayne this Dakota should be close to the same as the one you most recently built the only difference should be the automatic trans verses manual. Thanks for giving us the weight.

My 92 dakota with the short cabs weighs 4160 with the gasifier. I didn’t get a chance to weigh it before gasification.

The 93 dakota with the extended cab weighs 4750 after gasification.

Keep the videos coming and the road hot.

Wayne
No problem happy to help.
I was tired last night when I wrote this my mistake. I was sitting in the truck taking this pic. so the correct weight is 3480lbs. with no one in the truck.
Sean

Well I did get to do a little driving in the Dakota today running very well!! Even tried a 0-60 test not too bad for holding a camera, shifting gears and running on wood.
With a little practice I will get this machine tuned in. I think it is time to bag up a bunch of wood and go for a longer run.
Sean