I just came across this completely insane evil genius on YouTube, who demonstrates how to “easily” roll cones/cylendars for gasifiers/cyclone filters. He also builds homemade jet engines… And mounts them on old bicycles.

Just so yous know, he is just a tad “high-strung” at times…

There’s also hydroforming steel/stainless using only a welder and a pressure washer, which also has lots of potential applications for gasifiers: 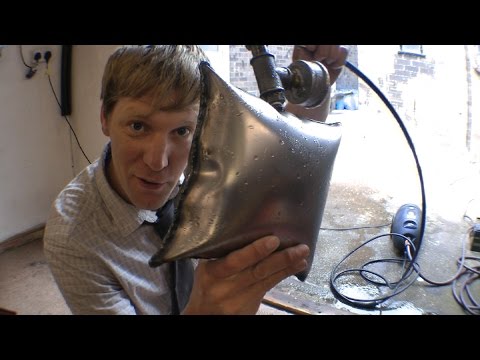 Got to give him credit for determination for sure. I’ve seen the hydroforming one before and it really intrigues me.

For all his craziness he does seem to have a lot of skill with shaping metal with only basic hand tools.

I have to try the one he used with a pressure washer. That is pretty cool.