testing some tinkerings on my play arounds…

This time no load on the generator, but next test will try to go max load possible 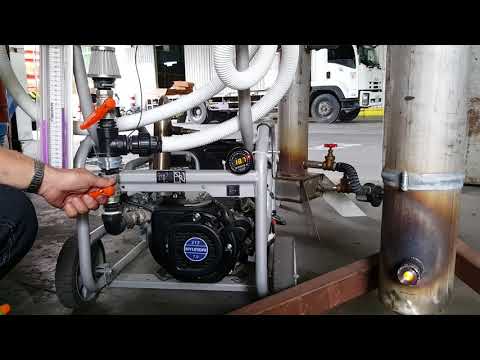 Koen; Can you talk to us next time to explain what is going on? I have never used an AFR meter so don’t know what it is saying. A higher number is richer or leaner, etc. TomC

Koen, I could not see the afr so I don’t know what it said. However I did notice your nozzel is horizontal in this gasifier. You used to put them in vertically. Do you find one way advantages over the other? I have done both ways also but they were different sizes on different size engine’s and no data recorded . They both work well but could not say one is better from my work. What do you think?

Thanks for putting this up Koen , I am amazed at how much more engine speed you get from your water spray , I get a very small speed increase but I get no extra power from my generator when under full load at all .
It will be interesting to watch your next video with the engine under a load and then full load , will you have a inverter generator handy to do the test on ? be great to compare it to mine then .
Cheers for now
Dave

I’m with you Tom. That is why I got an old fashioned analog meter instead of digital numbers meter. 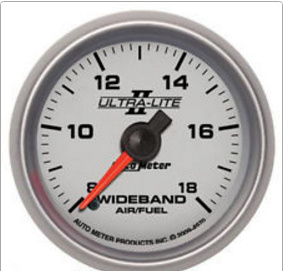 Nope you have it backards.

The Gauge set used is with a readout for gasoline.
The numbers indicate the amount (mass) of air against the amount of gasoline (mass)
Where as 14,4 to 1 stands for Lambda 1 = complete combustion with no excess air.

the lower number on the readout means: richer
The higher number means: leaner

Notice in the above clip, i point to the gauge, that if spray water in the nozzle, the AFR readout goes towards more rich.
Hence the water turns into energy

Also, on the bezel, you’l see a led moving around, for those that love the analog readout , it runs from green left to red richt over orange in the middle.

Next time i will try to install it with Lambda readout where 1 stands for complete combustion, more then 1 stands for lean and less then one stands for rich.

Testing to find at what level i can get the optimum power output at what settings.

PS: My work is not intended to tell people how to do things right. Its only a way to share some knowledge/experience that others might implement in their builds for their own benefits.

Yes this set is horizontal, for education reasons.
At small systems, for showing, its difficult to tell the difference since those shows are only short time lasting
I did find that, if using vertical nozzles, they can be smaller and the gas gets a little more performant, but again, it depends on a little more then that.

The main observance overall for my gasifiers is: getting rid of obstructions/restrictions and making the gasifier breathing easy, at minimum vacuum, works the best.

Also, keeping the charcoal at best quality and uniform sizing.

Hi Koen , what type of meter are you using in the video narrow or wide band ?
I have a cheap narrow band one on order but have been told they are not as good as the wideband , but I am hoping this should be a good way of giving me an idea what is going on when my generator is being asked for a higher load , if I can see how the mixture is being affected .
Dave

I am using the wideband sensor. The narrow band might work to, but i am unsure… maybe a reason to put it to the test… having those lying around here…

I have used the narrow band on my Chevy. No good.
Woodgas tends to work best at a slightly lean mix. Thats becouse there is litle difference in energy output between stoich and a bit lean, but a a leaner setting the cyl filling ratio is higher. So, for this reason, the narrow band sensor was out of range at best power seting.

Thanks Guys I may have to keep an eye out for a cheap wideband, but all the ones I have seen so far seem to be in the hundreds of $$ , if you hear of a online bargain shop selling them let me know .

Everything KVL says here is correct.
To help understand “rich” means all of the oxegen is used up and on a gasoline HC fuel you need to cut back on the fuel in the mix. “Lean” would means free oxygen is still available un-used up in the exhaust stream. And probably on a gasoline HC fuel you could add more gasoline to the mix.
This can get tricky even on a refined gasoline fueled system. A cylinder misfire will pump through unburned (uncombined) gasoline HC’s and atmospheric oxegen as still free.
O2 sensor reading, you’d think Lean. No. Why vehicle OBDII mandated individual cylinder misfire detection as mandatory.

I run with a narrow band and like you have said runs best just off the meter while just cruising if I hit the throttle real quick my meter jumps up a little rich that’s what I look for.

If your just using it as something to reference to manually adjust Id just stick to a cheap narrow band. The only reason I use the wide band sensors is because a narrow band does not have enough voltage range to work with a logic controller. It can be done but the range is very small compared to a wide band where you have a full 0-5 volt range. I do not believe there is any benefit going to a wide band if just for reference use.

Thanks for your input Matt, I will just play with this narrow band for now , its only wanting to see what happens under different loadings that got me wanting to play and see .
cheers
Dave

Copy paste. I liked to drive on 0.1volt.