Hydrogen peroxide it would produce an endothermic or exothermic reaction on a hot coal bed?

If one wuld use the correct peroxide/water mix it wuld be theoreticaly possible to run a gasifier without air intake. lf someone has the balls and resources to try that l wuld love to see that working.

The 3% peroxide i already have

Not sure yet at a low level solution, but i think Jeff already tested it…
Lets see what melts away this time…

specialy in high concentrations. Had a close shot my self once… literaly

What advantage to have a minimum amount of coal in the reactor?

Hi Thierry, my hypothesis is that the engine will be able to draft the fuel into it’s intake at a lower constant vacuum. Sweep more of the dust out of the charcoal, a longer run time before cleaning out the charcoal.

So, moving down toward the humidity pan. 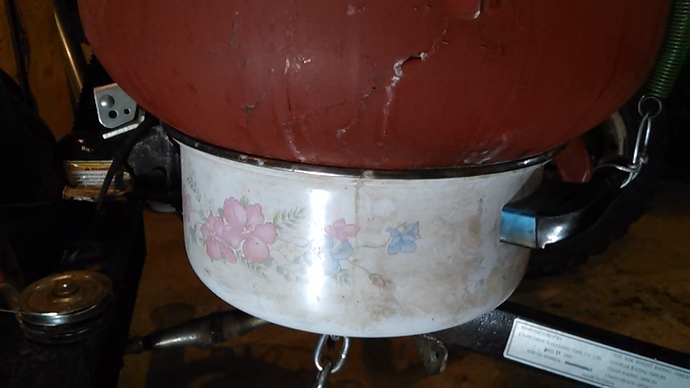 Above the pan is in shut off mode. Charcoal gets smothered. 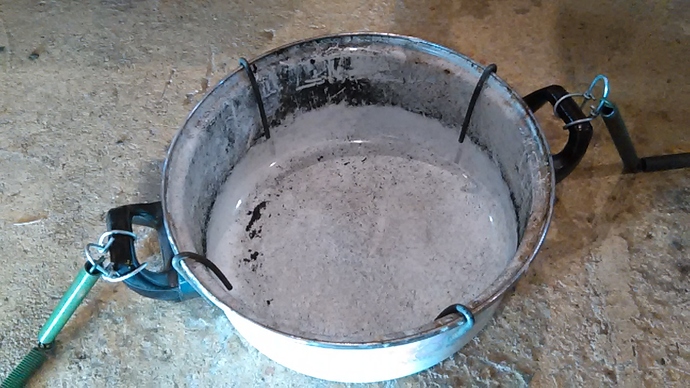 Above the four spacer wires are in place. 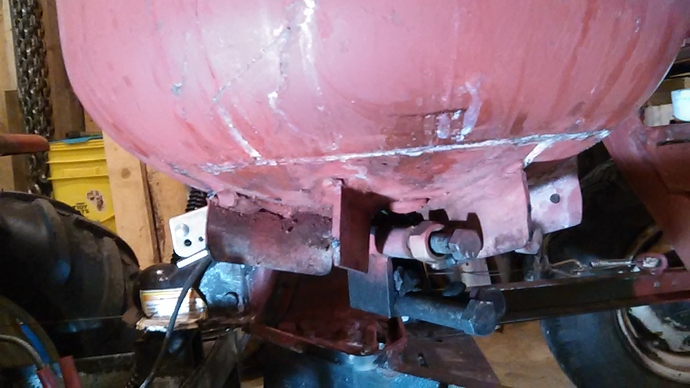 Above is the heat interchange fins that help to preheat the incoming air. 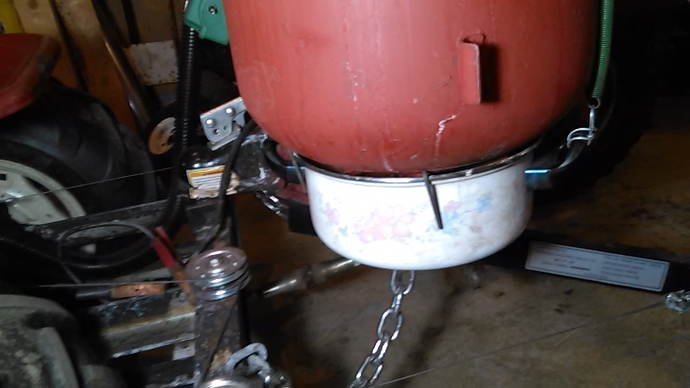 Above the pan is in the run mode. Air enters between the space between the top of the pan and bottom of the producer.

I think your new version, gasfier, it approaches the Crossdraft?
vertical updraft Version !

A little bit. But there were other updrafts that take the gas off early.

Do the preheating fins touchthe water? That might give you extra vater vapour.

It’s mobile so there is a splashing effect.

I would be careful with hydrogen peroxide. At high concentrations it will explode if boiled.

I would be careful with hydrogen peroxide. At high concentrations it will explode if boiled.

H2O2 single boiling is it explosive? or H2O2 + burning coal is explosive?

Could I have 12 bottles of bleach please???

All kidding aside I would not be buying concentrated liquid peroxide in 2016 even if I could come up with a reasonable reason for it.
Too many questions asked and too easy to get put on list…

I’m pretty sure we’re all on those lists anyways.

Brian for sure there are lists, then Lists, then LISTS.
That last one are those who will be picked up in the dark of night, and Patriot Act/“domestic terrorist” black-bagged and taken off somewhere.
2nd level you were photo’ed out rabbleing for “rights”; very Net groups active spouting; just had to recognized Associations sign up and send them money and plaster your vehicle with the bumper stickers.
Wallace is correct. You want to stay off of these.

Your “lists”, you are correct. Heck. Twice now I’ve been contacted by investigators for owning a white Ford pick up. Once a hit and run investigation. Once a WA State photo toll bridge blast trough… Ain’t no way, no how this pick up been clear across the state to even possibly be involved with either incident.
Disgusted, on the next WA State mandatory license plate “you must buy” change-out I insisted on no “V”,“W”,“N”, “M” photo confusion letters. And my cranking probably got me on another list to be watched for dangerous moods disorders as a potential public hazard.
S.U.

I hope you take the time to watch 4 lions.
You will laugh and then cover you mouth because it is so dark you feel its wrong.

Back when I was trying to make weed into a fuel, switch grass that is, three officer like people and police like vehicles where coming out of my field drive way with a search dog. I was driving my old M with haybine in tow. Well now, I got the biggest grin on my face when I put two and two together. They also smiled back in an approving way. We all waved as I drive into my favorite weed field. Never got good at making switch grass gas… Sometimes your on the list and sometimes ya get crossed off.

I am not cool with that at all!

We have these laws now that let the police keep your property even if you have not actuary done anything wrong.
They call it forfeiture.
Now try and get you stuff back, its a racket and the people we thought were there to protect us are the ones shaking us down.

So be very careful about things like that.
Never let a cop in your house or on your property without a warrant and understanding why they are interested in you.