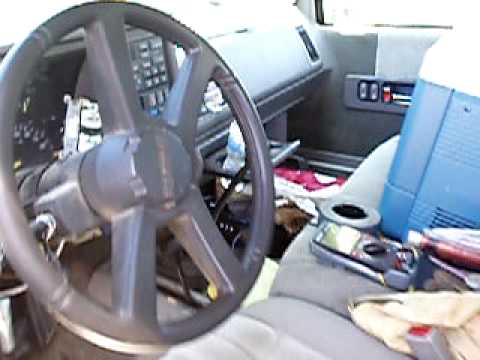 @32 seconds in, you will see Andy.
He was a master Machinist. He was captain of the Madeline, a schooner that sailed out of Traverse City.
Andy built and operated many wood fueled gas producers. He operated a Chevy small block powered generator.
Andy encouraged me when I was in Iraq, he helped me get my first gas.
He passed suddenly. He will be missed.

Very sorry to hear that news

Sorry too here your Buddy andy had Died so unexpected, Gess we nevy know when our number is up, Sounds like the kind of guy that went on too better places hopefully, heaven bound.

Rest In Peace to your friend. I did not know him, and only recently joined this forum, but I know what a great loss it is when a great teacher and mentor passes away. One of greatest gifts we can give to others is the gift of our knowledge, I have gained so much knowledge and good advice since joining this forum form total strangers volunteering their time to help me learn - to that end, I wish your friend peace, and comfort for you at this time in your loss.

I had the privilege to meet Andy . He was at the second or third Argos wood gas event .

My condolences to his family and friends. May he rest in peace.

I had the privilege to meet Andy . He was at the second or third Argos wood gas event .

This is the video of Wayne burning out the intake at the 2014 Argos rally and that was Andy standing next to Wayne at 044. Wayne demonstrates manifold cleaning at Argos - YouTube

Sorry to hear about Andy. I was never introduced to him, but felt I knew him like I know so many of you from our interest in gasification. I heard about him from Mike La Rosa. He road his “hog” up to Calumet, Michigan to be one of the three that attended what Mike called “The First Woodgas Get Together”. After that he posted to the original Yahoo Woodgas Group, his projects.
He was one of the Doers in the group. From what I know he had a good life, doing what ever he liked. TomC

It’s good to say nice words to a person while he’s still alive, unfortunately I didn’t know Andy, but I believe he was a good person, if he hung out with you all, St. Peter must have unlocked the door for him. I am glad that I fell into your company.

Yes Andy’s video of his big V-8 fueling electrical system was inspiring. He used removed cooking oven elements, cut-in and out, as his system loads testing. His proofs.

I waited 5 hours yesterday for a serviceman who did not show up scrolling back thru woodgas youtube videos trying to find that one. No luck.
I did see at least five guys from the past who did good woodgas works who are now passed on. Another five older guys who are still kicking but moved on to other pursuits.

It is not what you take with you . . . but what you leave behind for others to build up on. In metals. In inspirations.

Anyone with that video link would be honoring AndyS’s memory and good works.
Regards
Steve Unruh

Anyone who met Andy knew from how he talked to you that he had a kind heart, gentle voice, and obviously liked people.
During the weekend at our first Michigan woodgas event hosted by Mike Anthony, Andy made a comment about folks having the capacity to love one another. You experienced that every time you met Andy.
He was always working on a project. A person who got things done even though his workshop was a distance from his home.
He shared knowledge and experiences with anyone who wanted listen and benefit.
We shared a love for the water’s of Lake Michigan that I grew up near. I’d hoped to sail with him some day.
I was blessed to know him. I will sincerely miss him.