Blowers used for the gasifiers

To prevent any mishaps with others building your concept, its preferable to use the vacuum/negative system. This will prevent venting the gas unnoticed at undesired places.

Any airleak in an negative pressure system will be easy noticable but venting gas by those leaks would not.

Since the gasquality largely depends on the absence of oxygen during the reduction, its obvious that the negative pressure is more controleable.

On my charcoal Tracker I am able to use both negative and positive at the same time. I start out on negative while lighting up and then switch the pusher blower on for a short time for really fast heat up. After a few seconds of sustained flare I shut everything off and start the engine.

I made a hand crank fan out of a drilling machine (the reductor turned in to a multipicator) once. Worked ok but things culd be inproved.

Crank fans make good blowers but have a hard time pulling air. These foot powered bellows are $8 including shipping. Mounting two of these to a board and pumping alternately by hand would pull plenty of vacuum. I’ve also used a double acting hand pump for good startup. The one i used was bigger, but this $9 one would probably do the trick. 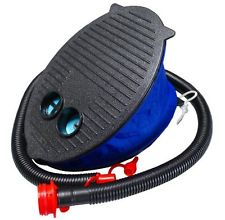 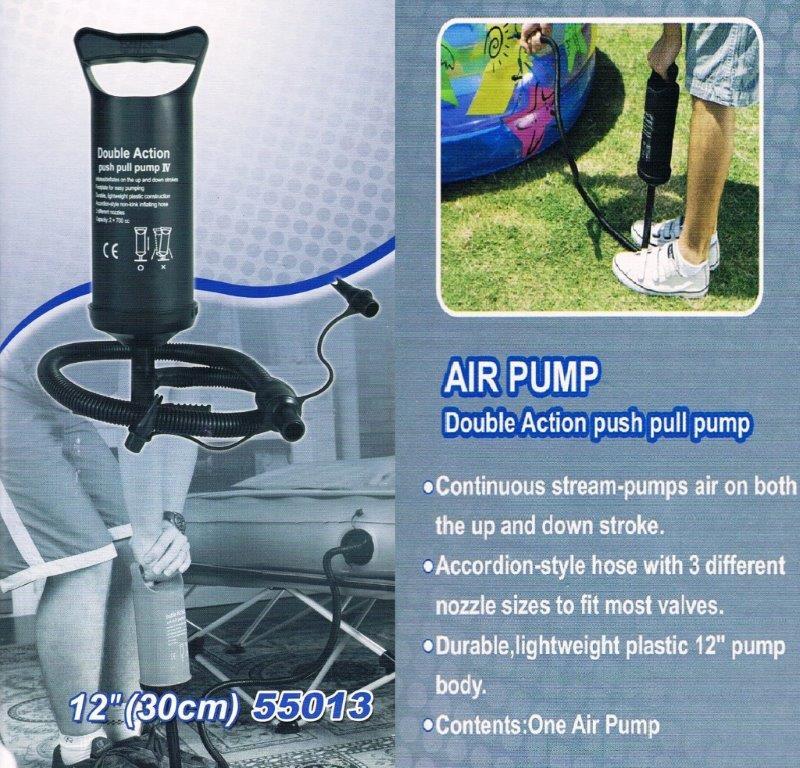 OOps the double acting pump that i used had an inlet and outlet. The chap one has no place to hook the suction hose. This one is $18 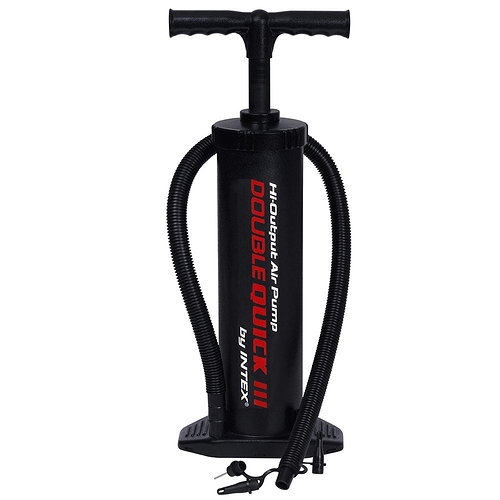 Hi BruceS
This double action pump is what Dutch John recommend and uses on his Micro and Mini woodgasifiers for starting up’s.
S.U.

On my charcoal Tracker I am able to use both negative and positive at the same time. I start out on negative while lighting up and then switch the pusher blower on for a short time for really fast heat up. After a few seconds of sustained flare I shut everything off and start the engine.

Hi Don
You start with the negative pressure fan connected to the outlet of the gasifier. Then you move the fan in front the ignition port (positive pressure)?

This is the first time I hear talk that way to light a gas generator!

I don’t have to move my fans because they are both hooked up all the time. This screen shot shows the pusher blower fan and switch in blue and the suction fan switch and fan in red. 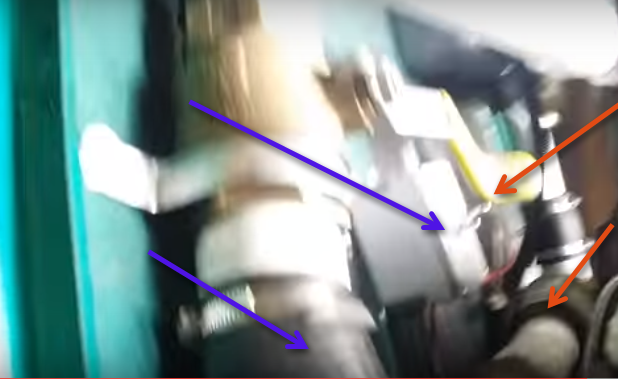 sorry for the blurry picture.

Here is a picture of the insides of a modified forge blower. I built new blades that fit the inside more closely and doubled the number of blades. It can pull about 3 inches of water column without going crazy on the cranking. 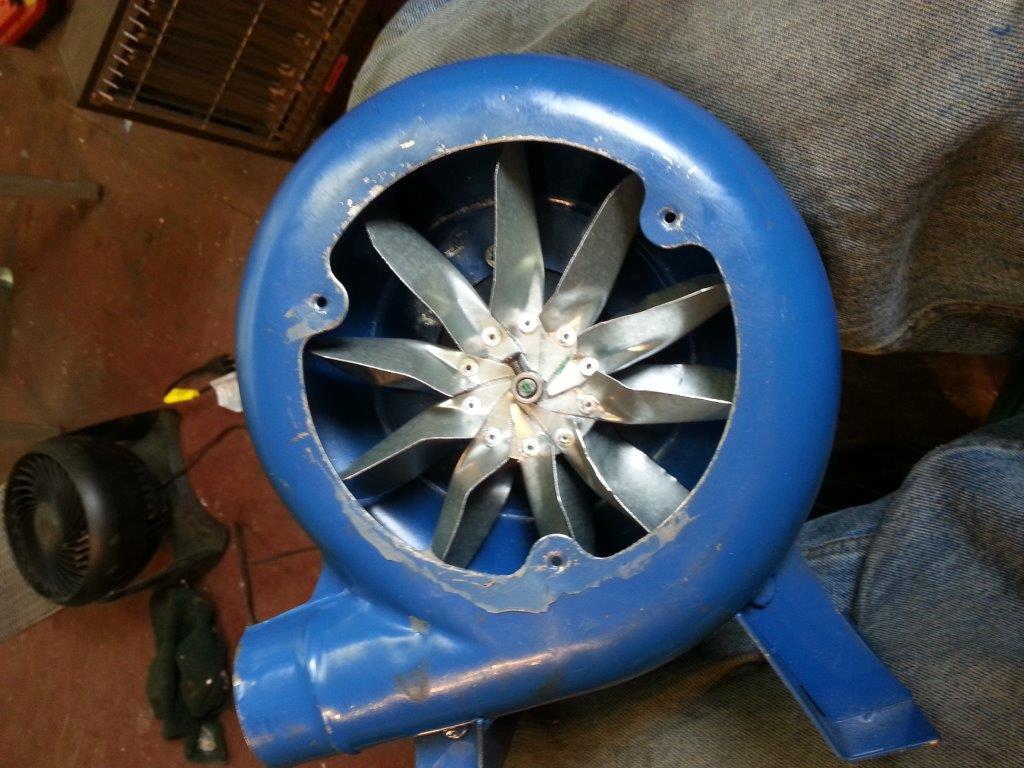 Nice job on the blades Bruce ,

Is this a hand crank fan or motor driven ? and did you make all the fan blades we are looking at or just add new ones between the old blades ?
I am wondering will this be spinning clockwise if so wouldn’t the blades have produced better draughts if the blades were facing the other way ?

Excuse all the questions just trying to understand a few things in my tired old head as a the fans I have used in the past have had the blades facing the other way , apart from the paddle fans that are just a flat blade .
Dave

Hand cranked with a gearbox. All new blades. Clockwise direction. I installed the blades with the same orientation as the original. The blade direction puzzled me too. After looking at various pictures online it appears that this direction is right for maximum air pushing. Turning the blades the other direction might work better for suction?

Guys, guys, guys. Why are you guys putting your self through this? 15 years ago the Yahoo Woodgas Group went through this. We wanted a vacuum that would run off from a 12 volt battery. I have several squirrel cage blowers that I mad new fans for and nothing worked. I believe Pepe has built something that works off a motor. WK uses bilge blowers doubled and tripled up. You are showing some air pumps for cheep that would work right out of the box. For a charcoal gasifier, I have a pump made out of PVC pipe and a couple of "super balls " That guy Tesla or something that post a lot of youtube stuff even used a bellow. Lots of ways, but I haven’t seen anyone do much with snail / fan blowers or suckers. TomC

Tom we just love the pain of it all that’s why we go down the road of making things that sometimes don’t work , but when they do it gives us that warm feel good glow that we all need from time to time

Bruce its been a few years since I have used ,the large conveying fans like the Kongskill blowers , and I always thought from memory that the dish shape faces the other way so as to capture as much air as possible to throw out , and the more it throws out the more it sucks in . just my thoughts anyway .
Dave

So right. This is an obsession to find things that work as well as feel good aesthetically and ergonomically. A hand-cranked centrifugal fan is an attractive, compact, tried and true option. Think about a gasifier engine set up to run a cassava mill in a remote third world village or a a gasifier demo set up at an antique engine show. A hand-cranked forge fan just feels right.
I looked again and back swept or cupped blades with cups facing away from the outlet are the preferred orientation for squeezing the most air through the blower.

Where battery power is unavailable or unwanted.

I have been wanting to use a forge blower on my antique motor cycle project since I built it two years ago. I am just putting the freshened up engine together now. Still no forge blower, someday.

Yes, a forge blower would look and feel great on an antique bike.

2" is not very much. Can you stack them together like Mr Wayne does to get more bang from them? TomC

Those look like standard computer fans. Any guesses on how well they’d do in a woodgas environment? I don’t believe the motors are at all sealed and might be the kind that has a tiny internal spark.