Building kinda of an gasifier, raw bamboo is the aim 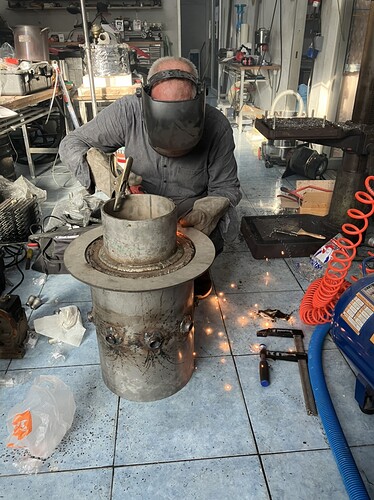 Thanks for the two pictures with you in them K.VL
After your different hospital bed pics good to see you up and working it.

But especially it gives scale to your current project. BIG. And going to be heavy in that thick SS. Stationary?
Regards
Steve Unruh

One way that bamboo is different from wood is the composition of the ash. Bamboo ash is high in potassium and silicon. The potassium is certainly a resource to be recycled if possible. The silicon may end up being especially abrasive in an engine if not filtered out of the gas stream.

Wood ash, like the kind from trees, is high in potassium and/or Calcium. Silicon is negligible from the wood itself though bark and dirt carried over from processing can contribute to a material amount of silicon being present for traditional wood as well.

Bamboo is amazing. It is technically a grass and uses a four carbon fixing photosynthesis pathway that has a lot of advantages, among them drought and heat resistance. Corn(maize) and sugar cane are also C4 fixing and known for their rapid growth as well. Good luck making the best of a great resource. C4 carbon fixation or the Hatch–Slack pathway is one of three known photosynthetic processes of carbon fixation in plants. It owes the names to the 1960's discovery by Marshall Davidson Hatch and Charles Roger Slack that some plants, when supplied with 14CO2, incorporate the 14C label into four-carbon molecules first. C4 fixation is an addition to the ancestral and more common C3 carbon fixation. The main carboxylating enzyme in C3 photosynthesis is called RuBisCO, which catalyses two distinct r...

Anthony, Koen has been working with bamboo for quite some time now. Mostly bamboo charcoal.

Hi Steve, yeah, still up and running… but to little time on DOW…
Yes, this one to run stationary, testing different things… one is for boiler fuel gas purposes, ( running dual fuel in burners with plastic heavy oil )
second is running generators, probably also trying a Brandt gasifier… mixing both worlds Raw and charcoal.
New in the make: a temp controlled reduction zone, both electric and extra oxygen.

I have been experimenting a lot… hahaha… 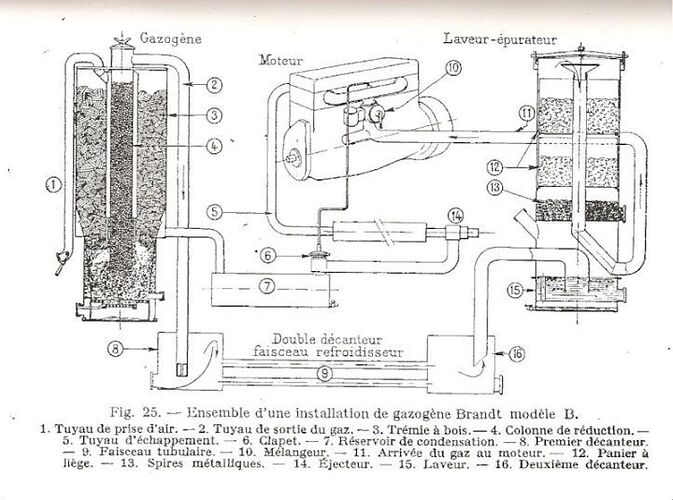 That is one heavy duty wood prossing burner for making charcoal gases. And charcoal?
Bob

yes, trying to melt some metal …

Hi Robert, kind of missed your question, this one intended for raw bamboo, downdraft, some mixture of all things i presume should be the right way … intend to over drag and compensate temperature with condensate, water, oil or other substances…

Sorry I should of said raw bamboo instead of wood habbits of the not so far West. I like how it looks, it is going to work for sure. What are you going to call this unit?
Bob

Proportions here make me think of a WK. Is this designed for variable load?
Rindert

Hi Rindert, this firetube is pipe from scrapyard, 12" diameter.
Not sure if it would resemble anything else as a imbert style so far

It is meant to be a test for stationary load with bamboo fuel. and follow up on gas quantity/quality for either boiler burner or possible generator.

as i also make diesel fuel from plastic waste

Cool! Could you point me to info about how to do that?
Rindert 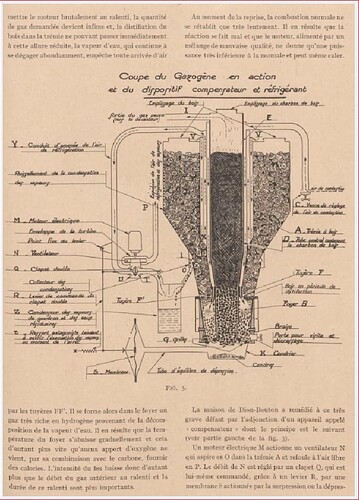 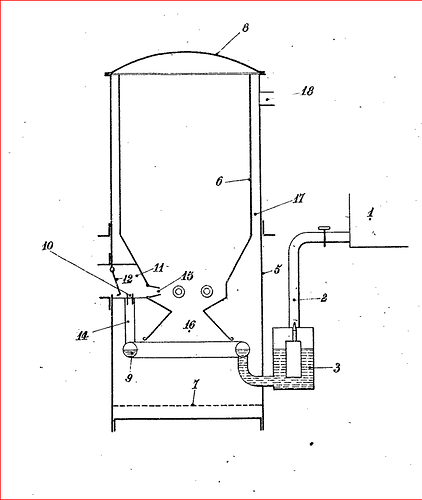 Hello Koen,
two small details, finally to have no preferential gas passages, I usually have the air injectors in an odd number, so the injectors are not opposite, therefore more homogeneous, and also, now I orient at 35% upwards the air injectors, this causes them to race upwards first before descending, therefore a wider working coverage, and I sometimes also push at an oblique inclination, causing a vortex, this makes it possible to pass very large volumes of biomass by treating it in an optimal way. 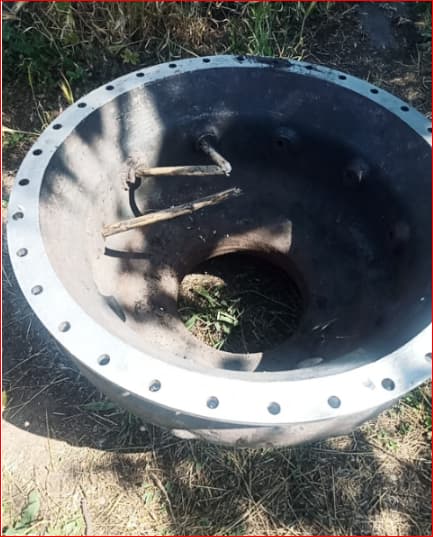 The ash receiver is same diameter as the 55 gallon tanks

Sizing…
The transition between fire tube and ash receiver is a clamped version, rope seal between

I like the clamp idea you have there Koen.