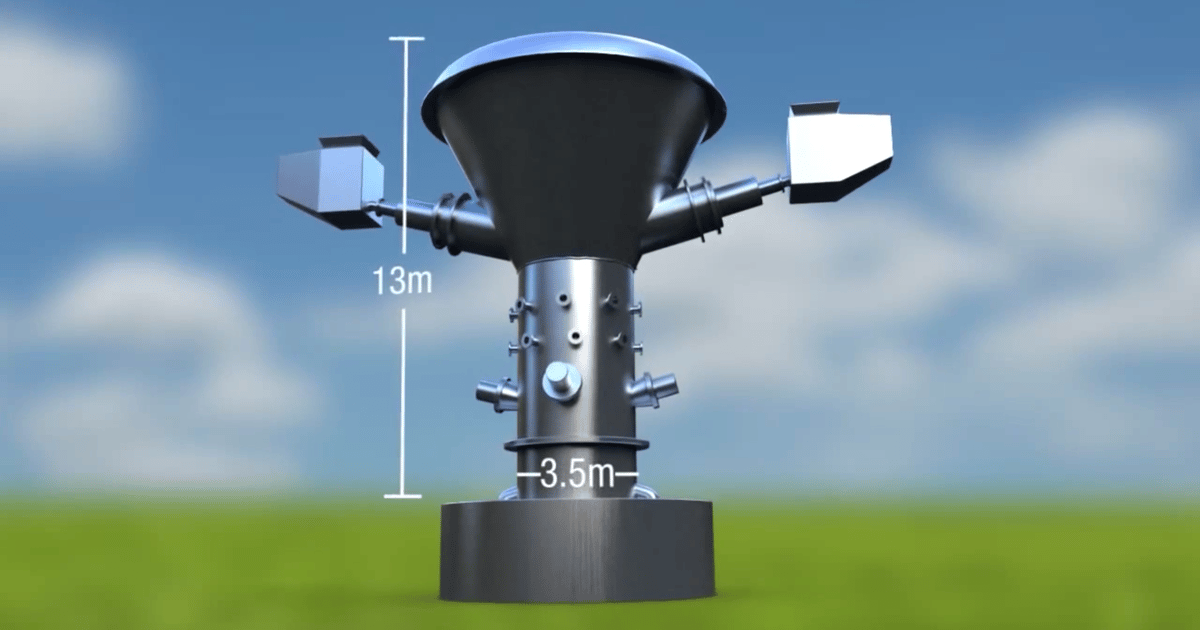 Lancaster, California will be home to a "greener than green" trash-to hydrogen production plant three times the size of any other green H2 facility. SGH2 says its process is the cleanest of all on the market, while matching the price of the cheapest...

Just in case not everyone has read about this one .

if you beleive them i have a atomic fusion plant to sell you. I have heard all that bull before but tell me of any plant that has not spent millions and are still here. they all have gone the way of the dinasour EXTINK . with a capital STINK. remember if it sounds to good it probly is. first of all it uses hydro to make the plazma . wastefull. but it is already being done and it works but not as they said it would.If I was looking for millions of government money i could make up the same hype and make it sound good. but i would be lieing to them and to myself. I keep seeing these claims all the time but nothing has ever became of them. sorry to burst the bouble but?

Should be fun to watch. they seem determined to build it. I wonder how many $$$ of energy input it takes to get $.01 of hydrogen out? And CO2 besides. maybe the gas byproducts will be pure enough to sell?

the plazma converter works yes but it requires tons of energy in the mega watts and yes they get more energy out. but they still have to do tar and partical clean u. I was looking at that way of producing gas . Some use a carbon arc like a welder but bigger. others use a weting house plazma torch which has a electrode inside and use water or air to carry the voltage much like a plazma cutter. to heat the garbage to 7 or 8 thousand degreese to break the atomic bond. emagne having a beach ball in your house runing at 7 thousand degreese breaking down your garbage and making gas for fuel. NOT LIKELY

Here is the link to the company offering the technology. Without judging harshly, unless you are a California taxpayer! you are right i am not a california tax payer but i hatepeople trying to take people for a ride . I am not saying it doesnt work it does but if they want to build it let them use their own money. I am sorry i have just watched people make unbeleivable claims and then in a couple of years shut down and blame it on some one else we have the same thing here in canada people whant government money then in 3 or 4 years say we cant keep going the government isnt giving us any more money so they close down . I done mean thousands of dollars but millions then threaten tthe gov. we had a rail track that did the same thing 30 or 40 millians 6 years later said we will shut down if you dont give us another 60 mil. the goverment said no they sold to another company now running good. this is happening every day . my tax money is paying for it. i dont need to be from california sorry the thing does work but i bet in 5 years you will not hear from them again… sorry not cutting down the technoligy

by the way take water with sewage in it put electricity into it you will get hydrogen from it using about the same amount of power. cant remember the name of the process but it is on the net.

In an update to local area residents on 6 December 2008, Plasco president Rod Bryden said delays at its facility were caused by malfunctioning machinery, not problems with the waste-to-energy technology.[22] Unlike conventional plasma gasification, the Plasco approach was to demonstrate the technology as an integrated plant at commercial scale at its own expense. This resulted in enormous investment cost, but a proven product.

In December 2012, Plasco concluded a contract with the city of Ottawa for the construction of a three train commercial plant. The plant would process up to 405 tonnes/day of municipal solid waste, producing 0.9 MW-hrs of net electrical power, 300 liters of water suitable for irrigation, and 150 kg of non-leachable aggregate for each tonne of waste processed.

On 28 August 2013, an article in the Ottawa Citizen reported that the Ottawa City Council had voted for the second time to extend a deadline by which Plasco was required to have arranged the $200 million required to construct the commercial scale plasma gasification facility near the Trail Road landfill. The company now had until December 2014 to arrange financing.[23]

In August 2014, Black & Veatch declared the technology suitable for commercialization, as it had demonstrated net power generation through GE Jenbacher IC engines, commercially acceptable availability, and pristine environmental performance. In December of the same year, the New Economy Magazine awarded Plasco a prize as “the world’s best waste management technology”.

Despite this, having failed to receive expected government aid, the investors chose not to pursue the construction of the Ottawa plant and put the company into creditor protection in 2015. It was purchased out of creditor protection later that year, and is currently marketing its advanced technology. Plasco Energy has since changed its business model from Build Own Operate and limited it to supply of equipment and services

How a ‘Futuristic’ Garbage Disposal Turned Into a Smoke-Belching Waste Crisis...

An inventor sold them on the dream of a "zero-emission" solution to their waste problems. Now he's MIA.

thanks henry that is what makes me mad people are not wise . They are told somthing by a smooth talking man and end up blowing millions then left holding the bag. I am sorry I probly over reacted when i read these articals . I have been looking at a way to gasify wood and other organic matter and I am almost there . But it may take a couple more years. If I live long enough. I know how but constructing the burner gasifier unit is hard . Nothing is available everything has to be designed faburicated etc as a one of and as i have said before I have a bad heart. Got a new one 1 1/2 years ago but it was experimental. I was told the first one tried in ontario and maybe still the only one here about 40 years ago I was working with fluid bed inceneration it worked good the smoke was solved by running the exhaust through water then electic static filters but canada at that time said no way . it was all done with my money so as i say you done here about it do you. it was so clean that when a inspector walked into the exhaust storage room and stood and talked for 15 minutes he said lets go and test the exhaust that is when he was told you are standing in the exhaust room. he took a test shook his head and said less than a car and left. I didnt mean to be argumenitive but i know what they are building works but not how they say. and the artical about the first nations is true . They are not the only ones that has happened to there has been many more.

sorry i said new heart sorry it was a new valve . made by 3D printing organic material and then putting T cells in it . Does noot use any heart drugs sa it does not reject me . but it has caused a few problems cesst on some organs. 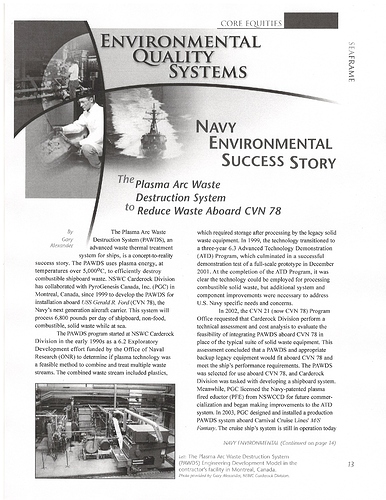 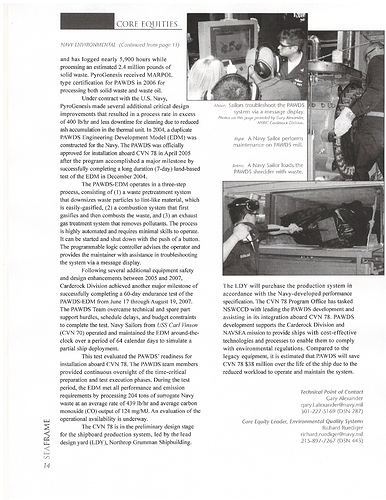 Larry what I was looking for Alcoa Aluminum continuously destroying waste with huge short arc dc .
I could not find . There was a story about them setting their own record for electrode life . I said something about fluid bed . I do not think I should mention it again . I did think the story about
"The Gerald Ford " was very good and I posted more about this .

Alcoa shutting down Intalco. FERNDALE — The Alcoa Corporation announced today that it will fully shut down its Ferndale Intalco Works smelter by the end of July 2020.

ya alcoa was using short dc arc for making plasma for they used a fluid bed pulse dc arc if i remember right it worked . but with new polution controls they to i guess are forced to close I I remember right it was to get red of the polutants in there smoke stacks or somthing like that all aluminum plants need a after burner for the inviroment. Dont quote me on this i could be wrong …I was once. HA HA HA

New Gasifier Will Help US Military Fight Its Oil Addiction

Unlike other biofuel gasifiers that burn only presorted waste, this furnace can heat all kinds of trash to 3,000-4,000°F, from worn tires to raw sewage.

That looks similar to Union Carbide’s Purox System. They don’t call it a “gasifier” but the schematic on page 2 looks familiar to me from recent reading I’ve been doing from the DOW library.

Of course, using pure oxygen instead of atmospheric air is a big difference I imagine.

Anyways, I’m back to reading the DOW library and forum, hopefully soon I’ll be ready to make a first post about a personal gasifier project.

Welcome to the DOW MaxL.
Yes lots to read here.
If you get lost down that can-be rabbit hole maze just ask for the pathway out.
Regards
Steve unruh