I posted this link yesterday, but i think this is worth its own topic. 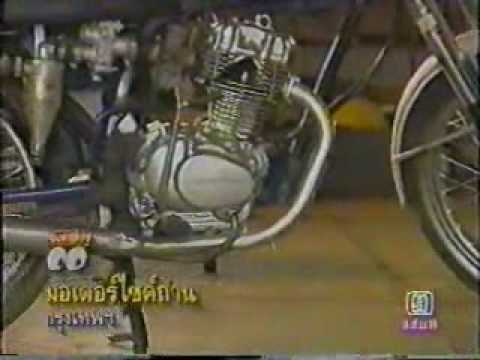 As some of you might have noticed he started his bike first kick, second he was able to light the gas on bottom of his little cyclone.
Also the flames from burning gas on top of his hopper.

This is done ( not mentioned in the video) by blowing into the gasifier air intake with a small 12 VDC fan ( computer type ) as they also use in Wood stove technique.

This technique ( little fan ) could maybe solve a small problem with the load changes especially accelerating after idling over prolonged times ?

I am thinking of a kind of device , that automatically switch on the blower, or regulates its rpm, in dependence from the vacuum drop and even might redirect the flow back to the inlet from the gasifier ? ( enriching the mixture until you want to accelerate, then stabilize itself again, same function as acceleration pump in carb )

Would it work? would it bring something? any better idea?

i will draw a scetch later

Hi Koen,
I’ve been reading through your posts and see you are interested in a charcoal gasifier. I also took a look at the video of the motor bike running on charcoal. From what I can see of the setup, that engine will not last long. There is a cyclone filter between the gas generator and the carburetor and that is all. Really need to have a final filter to remove all the small charcoal dust not removed by the cyclone. The pipe was also wrapped and I’ll assume this is insulation. I want the gas to cool down, not stay hot as it enters the engine. But, it does work.
Regarding your idea of using a fan to force air into the air inlet nozzle when the engine is under light load or idling has some merit. The trick is to keep the pressure difference between the inlet and outlet nearly constant. The Simple-Fire, and nearly every charcoal gasifier I know of uses the engine suction to pull air into the generator where it reacts with charcoal to make carbon monoxide. If you can “push” air into the generator as fast as the engine “sucks” it out, you will have less lag time when increasing RPMs.
I was using a Simple-Fire to power my walk behind tractor this evening to cut grass. It is easy to make a charcoal gasifier and I hope you make one soon, if you haven’t already. They are fun!
Gary in PA

i am building as we speak… see my other topic, gilmore style

i don’t know the inside of the thai motorbike gasifyer, mine would have indeed , as you prescribe, sufficient filtering and cooling.

anyhow, your work is my inspiration, thank you for that.