my mig is a cheap dual mig welder from harber freight or chicargo electric, gas or gasless,it barely welds without poping,with a small duty cycle att 70 amps untill i put the external fan on it now i can weld 14 gauge ,9 feet at a time before i am tired,so i let it cool down ,then while checking the heat on transformers, the heat is under 87 F so far, this welder is junk but it holds a much better dutty cycle with the big draw fan,it has no time too heat up.I havent tested heat on the diode, the heat sink is under 85 f , through the back panel with infered temp gauge. 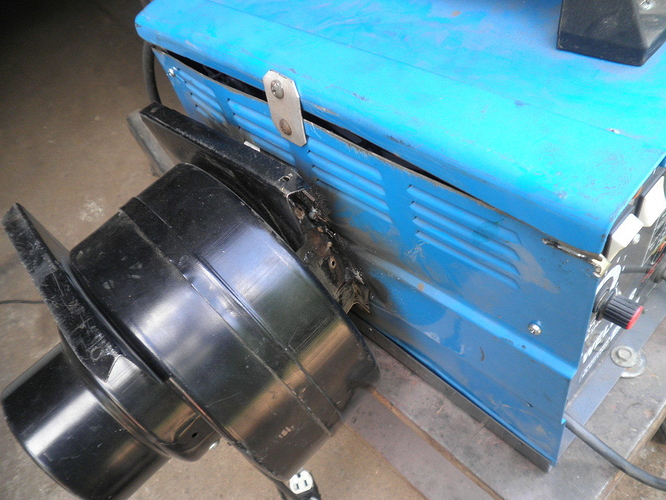 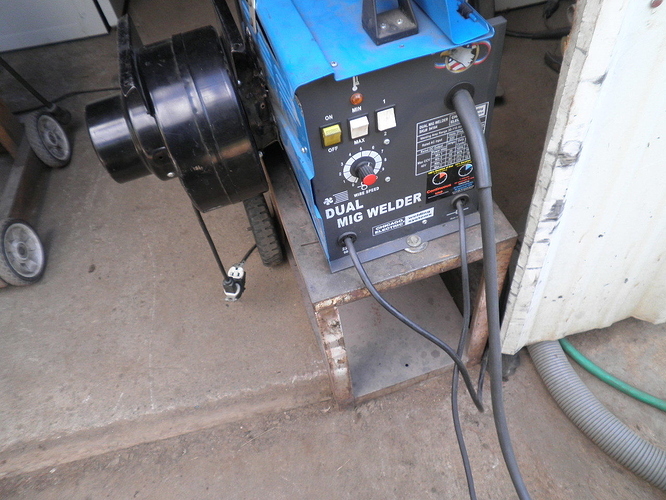 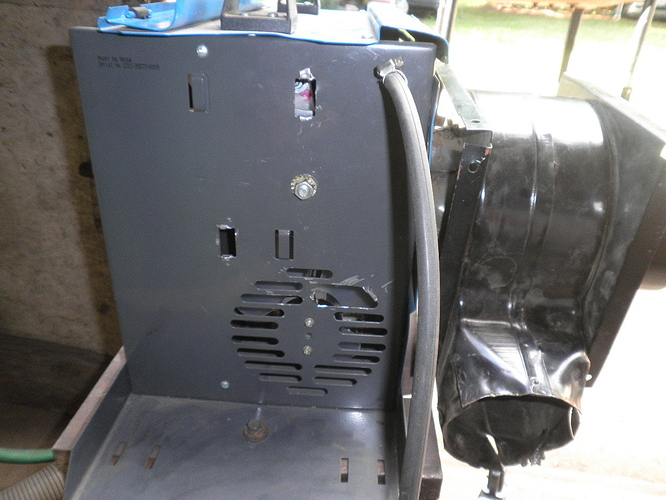 My vote is Eastwood Welders.

Hi Joseph hauler I would not buy a chicargo electric welder pop corn poper either.since i have this welder i am giveing it a good work out with the real cooling fan,most of them small welders dont have a big enough fan in the first place ,it makes for more sales after the sale, is my 2 cents on welders.i would not give a hole lot of money for any of the non comerceil welders that i have seen,most are under cooled and over rated.GOOD LUCK WITH YOUR WELDER THOUGH.SO far i have been running it at max 1 witch it is rated for 30 percent duty, though with the big at least 2.5 amp fan it has run out about 6 pounds of wire at nearly 100 percent duty and staying below 90F on diode heat sink and transformer that it is useing too weld. is the only reason i am posting this cooling factors. PS the fan will be in the back panel and be more like my stick welder when i get time too fix it.IF IT HOLDS OUT THAT LONG.Thanks 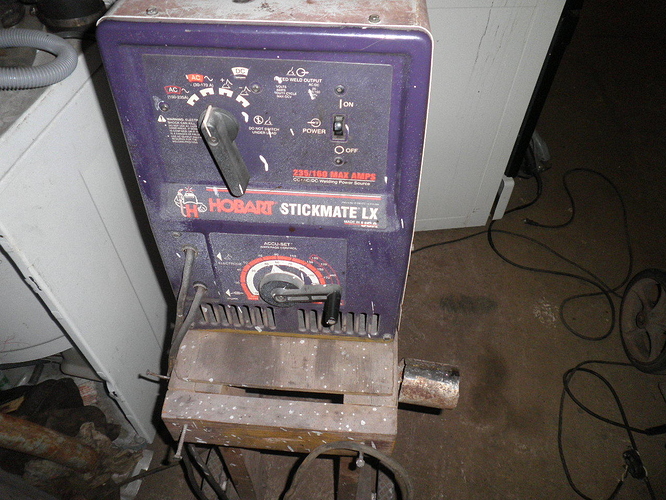 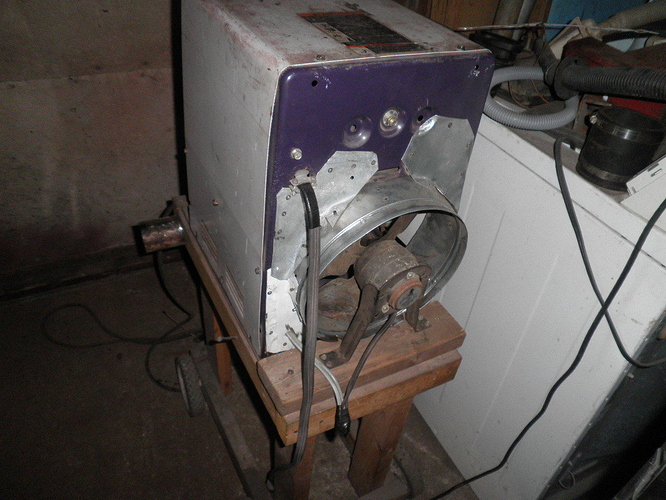 I like Everlast. I own the IGBT based 200 DX TIG/ Stick. Lays down awesome stringers. I also just purchased their IGBT 80 amp plasma cutter. Wow! This thing cuts beautifully through thick steel. I own a Supercut 50 plasma as well, but do not recommend this unit. It’s unforgiving and uses older MOSFET technology. It worked well at first, but then started to blow out the MOSFETs. At some point I will rebuild it with IGBT’s. My MIG is a Lincoln 175 HD.

Make sure you run a big drier if you run a plasma cutter anywhere other than the desert. You will go through a ton of consumables otherwise, and those things are NOT cheap.

I will eventually do a Youtube review of both Everlast units.

HI there BRIT i am interested in seeing what that the everlast cut 80 leaves,if it cuts ss 16 too 20 gauge it will be worth a lot in that realm allso,and would like too see how clean of cut on 16 gauge mild steel too as i was thinking on buying one of them units, if it runs fairly cool it should last,allways make sure the fans are addiquit,and woking good.Keep me posted THANKS

No problem. I have used it on cold rolled, but not stainless yet. I’m sure it will have no issues. It has a 100% duty cycle at 60 amps.

Got rid of the too expensive 2# spool of mig wire and put on my own adaptor for the 10 # spool of mig wire, just took the small bolt that the 2# spool was on and added a longer bolt for the 10 pound spool,the added the bearing too reduce resistance on the drive motor.and put nail in bolt too hold the tension in place. 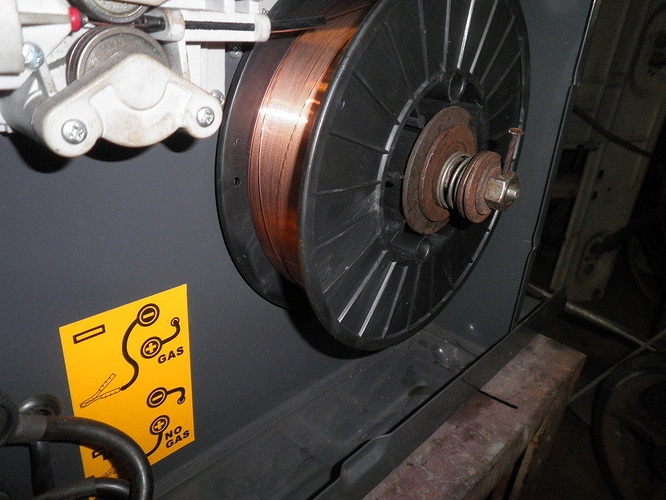 I like it : ) Necessity is the Mother of invention.

Kevin,
I’m a fan of step by step and close up pics. Innovative and nicely done, too.
Pepe

After I get my first build done this will be my welder of choice.
http://www.zena.net

Good evening rabert Sorrell, I have a 200 amp continous millitary 28 volt alternator that i am thinking on building too a dc mig welder, i could probly swith box it too ac or dc welder stick or mig,dont know how the 28 volts will work, hook it too my extra tracker engine ,and give it some wood gas and weld cheap.Good luck with your build, i am getting some lids made and on my three containers today.

Here is a comparison of the mobi, zena, premeire power welder, along with the GoWeld, and ReadyWelder.
http://www.parksoffroad.com/miscinstalls/welderreview/weldermain.htm

It looks like you can just get the box for the premier, and possibly the mobi which would give you stick welding, or the option to plug the goweld or readywelder guns in.
http://autoplicity.com/search?searchterms=premier+power+welder
(i just saw the box itself was cheap, and their alternators use an external regulator, which is what you probably need.)

I am thinking more on the bigger rolls of wire too save money,The box and regulator might be a good route, i am more inclined too build a home built regulator systom, I would like buy an old miller mig feeder that takes the big wire,and power it with my 60 pound millitary surplus alternator, that project is a ways down the road, the little chicago electric mig is staying cool welding better than i expected, now i want an industrial mig.the cash is not there yet,some day plan.