CHP project for my small farm in Norway

I don’t see a problem running an asyncron motor. The grid won’t notice if the motor is pulling or pushing power. Only your meter will

i will give my remark as a question: what happens if the grid fluctuates towards 51Hz and the generator towards 48?
If no “syncronizer” installed, big problems in the grid. The grid always have to lead the generator or else being able to disconnect the generator from the grid automaticly. ( if the gen can not sync )

Same goes for a grid shut down: if your grid goes down but your generator does not, how they going to repair safely ?

Koen, I would agree if you try running a synchronous generator. That would require a very delicate procedure to line up frequences.
However this being an asynchronous machine it will follow the grid frequency at all times wether it’s “pulling” or “pushing”. Those few % asynchronous retardation and offset in rpm is what power the motor when running on grid power. When “pushing” the motor the rpm will increase slightly but power will go the other direction without problems with frequency.
Example: A heavy loaded conveyor in a downslope will generate power to the grid.
Grid shut down: The asynchronous machine will not produce electricity if the grid is gone. The electromagntic field will be lost.

Its the governor that determines the speed of the engine / the HZ from the generator, not the slip between phase…
Never connect / feed to the grid without the required equipment , safety for others first…

Hi there Koen, if you take a look at the two video links i posted above, you can see what i mean with a asyncrongenerator.
A small motor of 20kw have no chance of pulling the grid out of phase, the motor will be broken/overheated if you try to do that.
The asyncrongenerator need power to make power, its not a permanent magnet motor.

Hi Henry, Im not going to buy anything from allpowerlabs, I do like the idea of preheating the air going to the heart with the woodgas.
Im going to build everything by myself, hopefully with some guidence from seasoned builders.
Yes my plan is to have a fully automated feeding and ash cleanout, I may not be able to run 24/7 but as long periods as possible.
Im sure Im going to make many mistakes before I have a finished CHP

Roger, just remember what kind of vehicle milage running close to 24/7 would equal. Oil change once a week and engine life expectancy less than a year. Not to mention the gasifier wear.

Jan-Ola I agree on that, thats why im starting out with two B20s in the beginning, Biltema is going to be my closest friend

The idea is to have one generator set ready to run at all times.
If I can do a 20kW generator I dont need to run more than 7-12 hrs a day and still come out on the plus side of the consumption with good margine.
The power production is the biproduct of making hot water for my farm, 90% of the electric consumption is from heating water and heating rooms.

I would look into a wood gasification boiler to handle the heating load separately. I owned a Tarm boiler before I moves a few years back it did an amazing job heating on very little wood. I think a dedicated wood gasification boiler like that would heat much more efficiently. There is a very nice masonry design for one which I think I posted here a while back I am seriously considering building for here. The one down side to the Tarm is that it starts hard when it is cold. I found it easier in the fall to heat the boiler with a short run of my cold start oil boiler then maybe 10 minutes later shut off the oil and start the wood boiler. I had a 700 gallon hot water tank for it outside with R50 insulation on the sides and bottom R60 on the top all custom built by myself and I would only have to fill the boiler about 2 time a day heating the house and providing hot water. I would fire the boiler once in the middle of the summer to reheat the water tank and that provided all the hot water I needed for the summer.
From the research i have done I think the masonry boiler will start easier because it has a heat exchanger not a water jacket. In the Tarm the water jacket chills the fire box too much if the boiler is below 140 F which is only a issue in the fall when you start the heating season. The rest of the winter you never restart the boiler just fill it twice a day and it always has enough heat and coals to start. That system works so well I would defiantly do a gasification boiler again. But here I would have to install the entire system so I just get by with the old wood stoves.

Hi Dan, I did concider buying a boiler for the hot water, but what is the fun of that.

To day I have a wood process machine to make regular wood, the draback with that is that branches are left out in the fields and forest.
So if I was to chip up the biomas why not do it in a gasifier and get the bonus electricity?
Also if Im not happy with the heat produced from the gasifier for the generator I stil have the infrastructure to add a pure boiler.

Oh I would chunk the branches and burn them in a wood gas setup to make electricity or drive your truck I need to get my project truck back and do that myself but I have too many other projects at the moment. My concern with trying to do both with one system is you end up with a gasifier that is too big to run when you don’t need the heat and it is also not as efficient as running 2 different systems. I say that because a wood gasification boiler burns much hotter then a wood gas system which is designed to make gas to run a motor. So with the boiler you get a complete clean burn in one location. Much easier to capture the heat and use it for heating. With the gasifier you get some heat at the gasifier which if I understand it correctly you can’t rob too much or it will make tar and some at the motor which needs to be cooled but also not too much or it won’t run efficiently. My point being it will be a complex balance to get right and you have to figure out how to get your heat from two different locations. Also remember you have to be careful about CO with a wood gasifier so you don’t want to just put it in your living space as you do not want that leaking in your house. Not trying to scare you they can be used safely as has been shown here time and time again.
Here is the link to the boiler I want to build myself.
http://heatkit.com/html/lopezs.htm
I look forward to hearing how you progress with your project. I just wanted to share my perspective on the problem and what worked well for me heating with wood.

Dan the way I look on energy is that it is a constant, energy can only be changed in to something else (heat, gases, electricity, solids, radiation and so on).
If I take 1cm3 (one cubic meter) of wood and burn it in the most sopisticated oven ever made and compare it to 1cm3 of the exact same wood and gasify it in the CHP I intend to build, it would all come down to where you lose your energy.
As long as my exhaust gases to the environment is the same it would all depend on where you direct the energy. 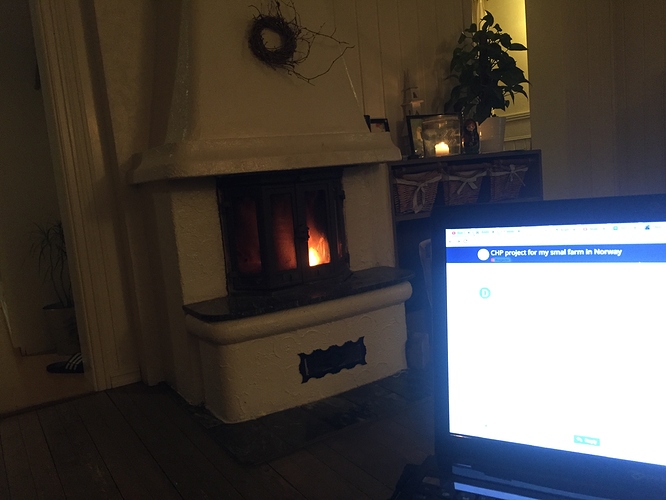 I like the idea of storing heat in a big solid, the one in front of me just now how ever is not the best in the world, the burn is 75% at best and if I burn it hard I cant breathe in here.
You would like to distribuate the energy to where you need it when you need it with as little loss as possible.

To chunk the branches just takes too long for me when I dont have a chipper, its just time wasted when I can make lumber or high grade firewood instead.
I also have a problem with what to do with the leftovers when I make materials on the band saw 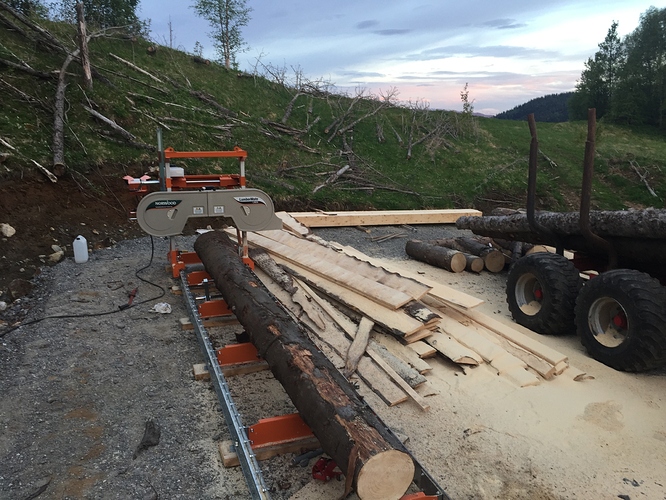 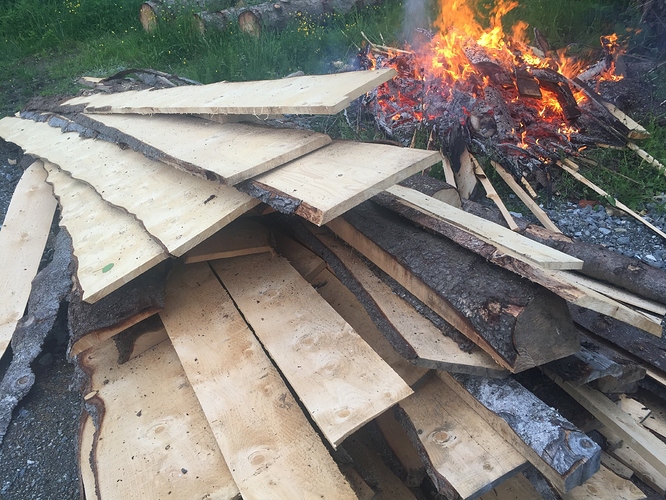 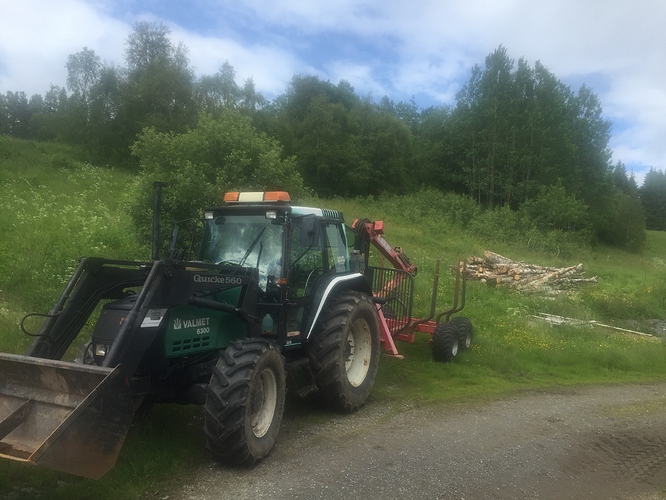 But if I had a relatively low budget chipper like this https://www.youtube.com/watch?v=BRvWdbV1UDQ
I can process for sale the firewood over 8 inch and burn the rest for my self, included the bandsaw scraps and branches that I dont use now.

I have a cheap chipper like that mine ran great for about a week of usage and then the cutter bar got out if adjustment and it doesn’t adjust well. I ended up pushing it aside in the barn and leaving it on the someday I will get around to it list. Be very careful to look at how you adjust and replace the knives in those units.
Head over to the wood chunker topic and take a look at some of the chunker machines people in here have built from an old baler or the rebark machines there are some great solutions to that problem. If you do some searching you will find a lot of discussions about fuel size and gasifier design in here as well.

This section is for wood processing equipment like chunkers and chippers, either DIY projects or commercial machines.

I sold my cheap chipper about four years ago.

Hi Jeff, what sort of chipper was that?

We have a saying here, “litle money litle music”.
But, nowdays eaven this is less and less true. I was buying a straw hat this summer. Found one, not cheap, about 15$ worth, the sailsman said its best quality hand made in Slovenia, l turned it over and saw a etiquete sign saying “MADE IN CH…” and the rest was slopyly cut away with scisores. Offered him 3€ and he was happy.
Unfortunaly nowdays quality frauds do not end up with straw hats…

I have had good luck with Chinese engines and other stuff. But a fella needs to be careful!

Im not negative just for the Chinese stamp, its the person designin who is responsible for the outcome.

So this is the idea so far, I dont hawe a TIGer at home, the MIG with SS thred is not as good… 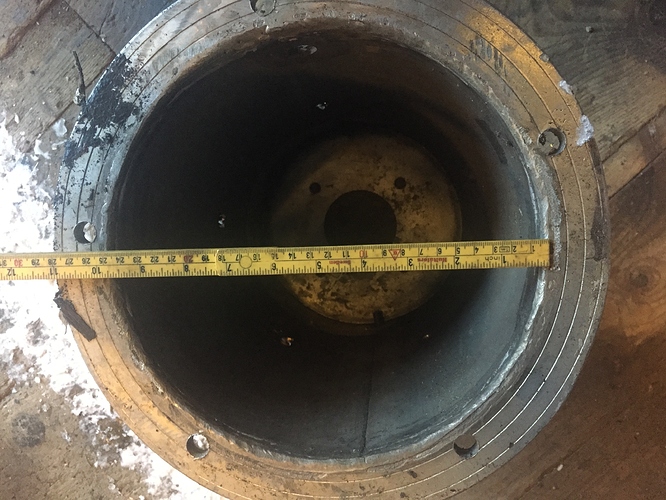 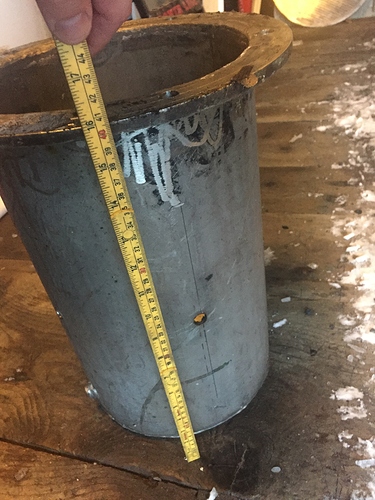 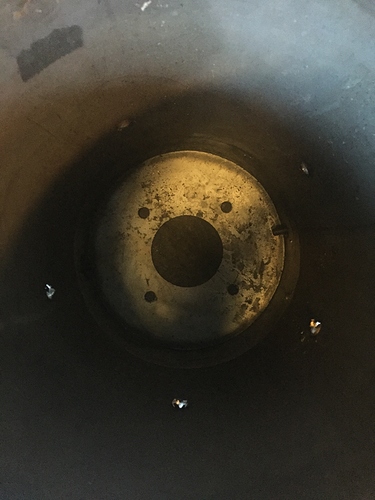 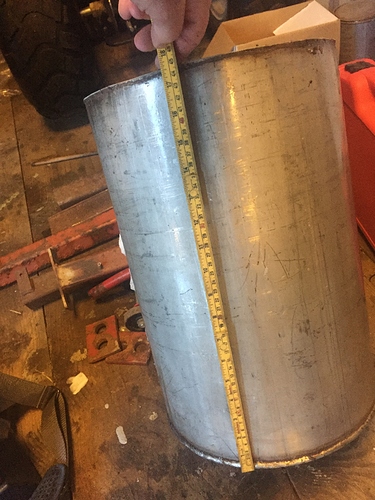 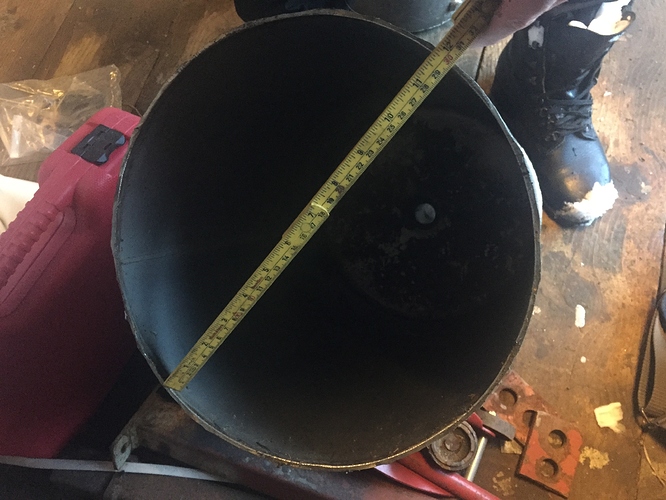 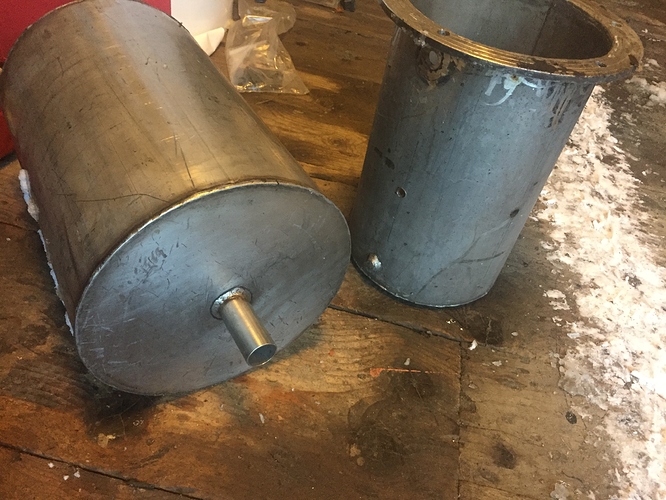 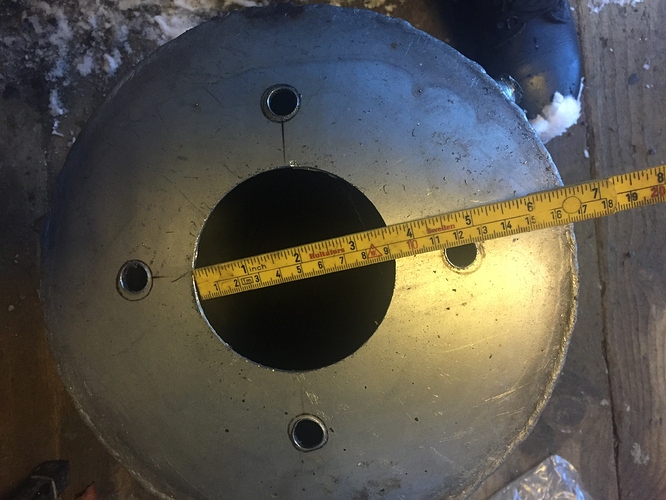 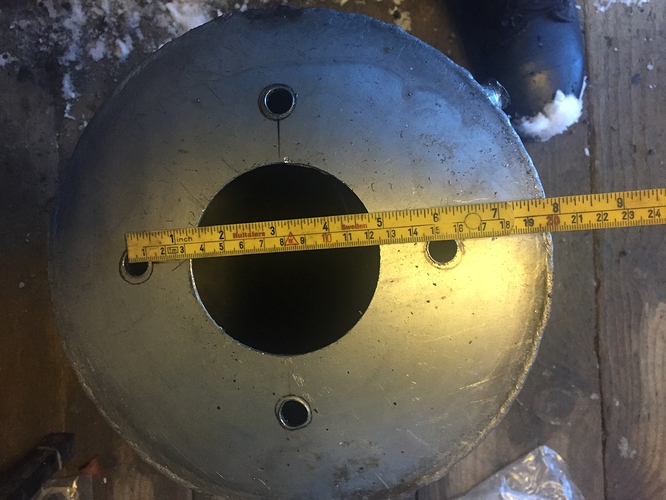 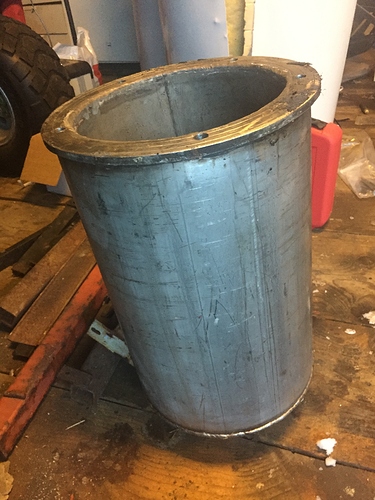 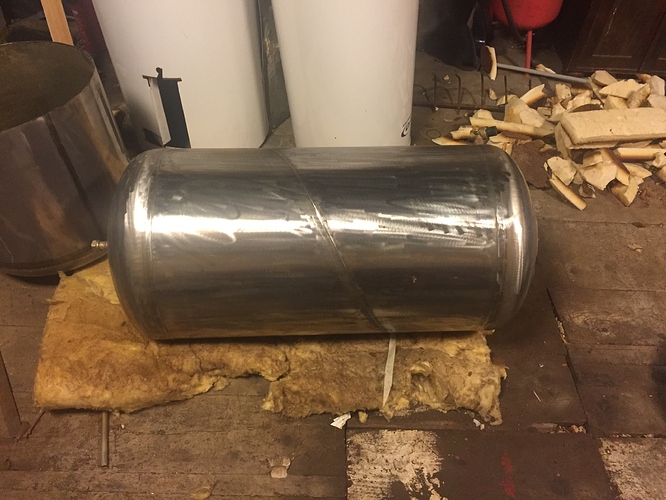