I noticed some parts would appear to be shared in the Kohler XT and courage series.
I never looked at this other than notice the HF predator shared a simmilar crank taper to the OEM Kohler engine.
So where did that come from and Why???

The Kohler XT series has a flat top 70mm piston that is shared with at least one of the 208/212 variants.

The 145 stroke has been explained in the PA clone as left over bits from XT production.
That’s how we get this kludge…
http://www.princessauto.com/en/detail/180cc-ohv-gas-engine/A-p8600926e

Further clone developments as they come

Something else not really related to this comes from a Trip to Wall Mart.

I noticed an XT series and recognized its relation ship to the GXV 160 right off.
This is kind of an important connection to make because of the number of useful parts the GXV has donated to the cause of going much to fast in the past.

The GXV flywheel also fit the GX series, this is how I built my first safe engines ( cast iron flywheels spinning at high rpm are grenades with the pins pulled out ) using the heavy duty blade brake flywheels

The current crop of these XT series from Kohler have a unit or two with a ring gear on the flywheel and what appears to be a 3 leg CDI ignition.
I do not yet know the technical specs of these parts.

Why would that be of interest?
The Loncin 212 engines ( predators ) use a bastard taper on the crank and its just not safe to install any other Honda/Clone flywheel on them.
if the XT series also has the same taper and the ring gear matches the General purpose Honda starters then this is a quick solution to the electric start issue some people would like to have a work around for.
My best guess is the tooling to produce the Loncin engines are shared for a Kohler production run of the Courage engines. ( Not many companies design and build engines anymore )

And my interest int he auto choke systems is also relevant because this could be adapted too any of the GX small blocks with some creative rigging.
http://www.cpdonline.com/drl/ServiceDocuments/ServiceBulletins/Kohler/SB-297_AutoChokeSystemTroubleshootingGuide_Rev2-10.pdf
But note the small bore of the carb 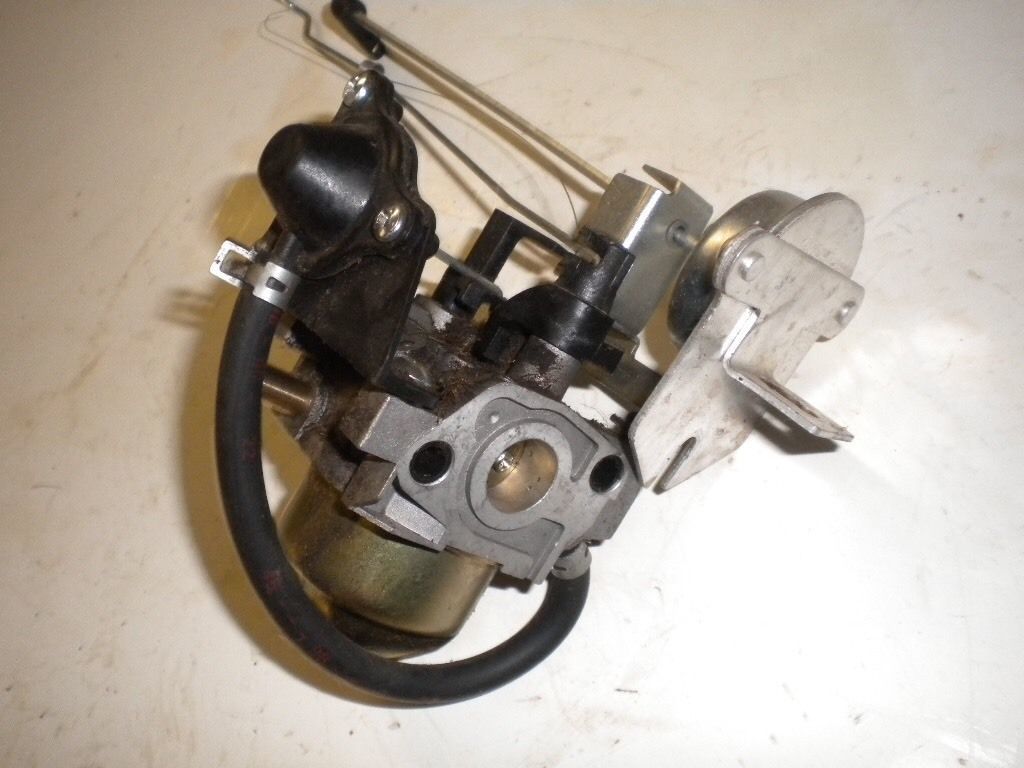 s-l1600.jpg1024×768 79.4 KB
Even though this looks like a direct bolt on it has a tiny bore that seems to imply its going be restrictive and bottle neck a stock engine ( probably very lean too )

So developments as they come…
The weather is warming and some new engines will be built this year that are specific to wood gas and APUs to wood has systems.

What started as a little hick up rolled over me like a freight train today as I tried too put the finishing touches on the clone family tree.
I thought I had all these mower clones fingered out when I realize my math is wrong.

There is a 159cc clone, and there is a 163cc Honda GXV engine.
And somewhere out there is man with a micrometer who can tell me what the difference it.

Until further news be advised my original premise has a fly floating in it.

Up to 6 different variations of clone bore and stroke now and the waters get muddier.
Darn hard to build engines when the parts don’t fit