I think the carbon soot is more of a nusince than a problem but it could be removed with a electrostatic filter. I found some info on simple setups, that might work for a final filter on gasifiers. 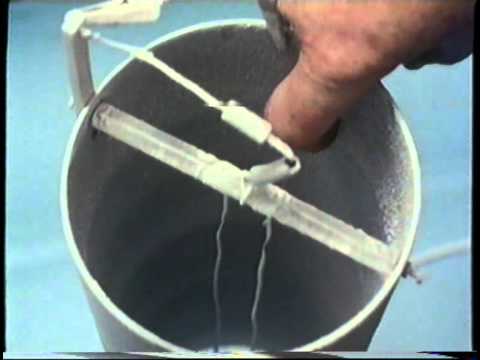 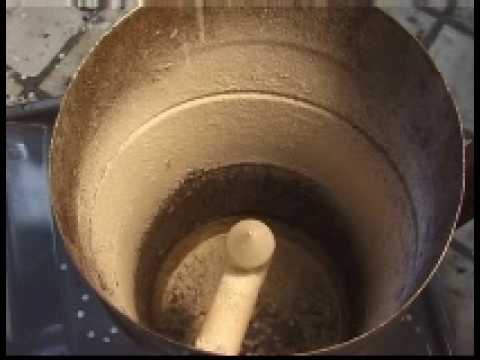 Hi Dave;
Really enjoyed videos. Does not look too complicated. The newer kerosene forced air heaters have a high voltage producer to ignite the flame and keep it going. The 210,000 btu heater at my work that I just worked on has a 16.5 kv output. hmmm, wonder if thats high enough? Dan C.

Hi Danny;
I don’t have any experince with with this stuff other than the flyback voltages in the old cathode ray TV tubes. I know that they will put a lot static kling on the front of the picture tube. Maybe a neon transformer also would work.

What about an ignition coil for a small engine or even a car? He did say in the first video, “any high voltage”.

Hmmmm, i was thinking spark gap transmitter… easy to get high voltage that way… may not want a stray spark around the gasser though

Hello Arvid
A spark gap transmitter would probably work, but dont plan on you or any of your neighbors watching tv or listening to the radio while youre running it! Depending on how it was built and how much power it put out, you could wipe out tv and radio for miles. haha Not to mention that they are illegal, the FCC kinda frowns on them. I don`t know how you could filter it and shield it unless you put everything inside a Farraday cage maybe. Power supply out of a tig welder or plasma cutter might work the same,it may still cause terrible interference though.

hmmm,
Electrostatic filter in the stream of a flammable gas?
I know there isn’t supposed to be any oxygen in the gas stream but sometimes things happen.
It would have to work in a humid environment with good cfm capacity and collection capacity.

Voltages for electrostatic equipment run around 90 to 100 kv at .5 ma. Around 50 watts if my math is right.
It is not stray-field so shielding should not be a problem. You can get a powder coating system set up, with power supply at http://www.harborfreight.com/ for $65.00

At the gas flow rates we run, an electrostatic filter would have to be HUGE to be efficient and it would short out pretty quick. The spark issue is a serious one. The carbon alone on the filter could ignite by itself. I’d recommend a very good cyclone right after the gasifier and then even a hot filter then cooler and final filter. If your final gas stream is plastic, put a TEE in there with a plug and put a very strong neodyne magnet in the gas stream. This will trap any iron / rust particles and also any magnetized charcoal. It doesn’t collect too much but it’s a good and simple addition. Just be careful when you clean it that it doesn’t stick to the exhaust pipes or whatever.
http://www.intergate.com/~mlarosa/images/woodgas/magnetic-char.jpg
http://www.intergate.com/~mlarosa/images/woodgas/magnetic-trap-plug.jpg
Mike

I did a little Googling tonight and learned that carbon is magnetic. It is the only non-metal that is magnetic. This being true, can an electromagnet be implemented in a cyclone to retain the soot? Maybe even neodymium magnets? Or does the moisture in the gas have some effect on this?
There appeared to be a discussion on DOW last year regarding the magnetism of soot.

Only a tiny percentage of the soot is magnetic. I have a pair of hard drive magnets that are coated in soot from pulling nails out of my char bed. Very weird to see!

Bill, If the gas is real moist as is usually the case, the magnet will not catch too much soot but it will catch the rust and iron that is always produced. I caught a lot of soot with it when we had our get together in Kansas (near Joplin) a few years ago. I was there 3 days and did all my driving on wood. It was extremely dry there and hot (105°) and I was running hedge (osage orange) part of the time. Mike

Any moisture and or tar in the area is going to cause problems also, the voltages needed will short out very easily.

Mike, what kind of results do you get running the bodoc? Does it make decent gas, have alot of ash? It makes a nice hot fire in a stove. I bet it gives a chunker fits when its dry, its tough enough green.

This is what I have in mind. All particles near the Van de Graff will take on a like charge and be repeled to the tank with it’s unlike charge. As far as condensate goes I think the insulation will prevent that. Rember this is prefiltered and cooled gas. How a Van de Graaff Generator Works
Just a link 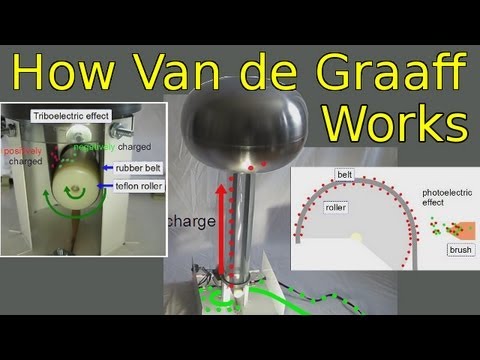 Dave I get it.
Not sure if I think it even needs to be in the ash trap? I wonder if a spark would jump to the sidewall of the trap? If you could just charge the trap on the bottom the ash would likely stay there? Do you think the trap should be something other than metal? Also, is there a polarity to any of the gases?
I said ash but meant soot.

Bill, I looked at this as a finial filter that would go in line after the hay filter. As Mike L. said earlier the ESP will have to be large to handle the volume of gas. The gas at this point should be dead gas, no oxygen, but I think the large amount of stored gas would be a hazzard not from sparks but because of a chance air leak up stream in the system. A hopper puff back from a cold start up would be small in comparrison.