How do I incorporate the 2-cycle oil if I want to run this with my Simple Fire? 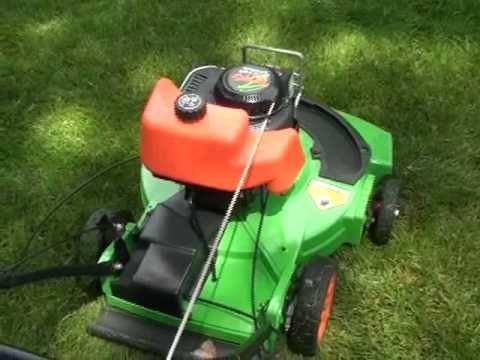 Hi AlexT
I’ve do not know from direct experience. Have seen this speculated much here already. Try the DOW “search”??

This I do know from old Lawnboy experiences: this is a piston port engine. Means the piston up and down positions AND SPEED controls the intake sucked in and the exhaust expelled out. Also are rotary valved and reed valved 2-stroke small engines.
None of them will start up and run without decent sealing piston rings and GOOD sealing upper and lower crankshaft seals. Piston crankcase pressurization’s pulses are critical.
Engine shops 2 strokes pressure test for crankcase sealing as a base engine state of condition before anything else past that it actually has spark.
I do not know the current Lawnboy specs or recommend procedure. I am 45 years ancient doing this taught by a guy convinced his plains windmill head, gear reduction installed onto the front of his old English Ford car would pull him down the road by the travel air passing. Never did figure out just who’s leg he was pulling.
The Lawnboy pressure checking should be NET searchable.
MOST “needs carburetor work” on 2-strokes is actually needs worn/scored cylinder/piston/rings work and crankcase reseal.

Get it running on gasoline first to confirm engine base condition. And use “clear” non-ethanol gasoline. And use clearly marked Stilh, Huskevarna, Polan for AIRCOOLED 2-stroke oils. NOT tch3 for water cooled 2-stokes oils.
Never cheap out on 2-strokes air-cooled spec oils or your pulling. cranking arm will be talking to you.

Hi Alex, yrs ago they made oil injection units for 2cyl. motorcycles. You may be able to run a measured amount of gasoline /oil mix check the run time on that given amount( say for example 1hr on 1pint of gas/2oz of oil) meter that amount of oil time wise through the air intake with wood gas.

Good Morning AlexT.
Al F’s comment reminded me that I actually had a book with pictures of how they used to reservoirs lubricate 2 stroke engines.
These were single to four cylinder water cooled marine engines used from the very early 1900 to the 1950’s. One company “Atlantic” still with a model they will make up by order.
They first used point reservoir drop oilers to the cylinder wall and to each main bearing. The crank rod pin gave them fits. Most popular way was to let the oil bottom of crankcase pool and collect and be rod big end dipper finger be dipped up.
2nd way was to at the cylinder wall entry have the oil enter a hollow piston wrist pin and through a rod length drilling migrate down to the rod big end.
They later tried all kinds of gear and belt driven oil pumps with copper distribution lines.
Some system even used crankcase pressure pulsating pumps to low pressure pump reservoir oil to then be copper line distributed out.
Realize these were steam engine technology days derived.
Took a decade or so for someone to figure just put the oil into the gasoline fuel as a mix. Try it. Then prove it commercially.
Worked fine.
Then no more oil reservoirs to forget to fill. No more clogged or viberation fractured lines. No more failures pumps.
They did pick up an annual needed decabonbonization needed for behind the rings, piston top and cylinder head though. Very simple engines. Easy enough. And a good time to re-ring anyhow.
Pictures as best as I could make. The text pages would not come out readable.
They DID back then try rotary valves and reed valves. Added to the costs.
Users who could afford the higher costs went to four stoke engines with camshaft and valves. Post WW II these water cooled 2 stroke stationary and marine engines one by one replaced with the small evoled out diesel engines. Much more expensive engine - but BACK THEN - a much cheaper fuel cost than gasoline.
NO notes in this book of producer gas fueled engines.
They DO note that kerosene spark engines had to stay with reservoirs drip oiling as unable to get the oil to stay in mix with the kerosene fuel.
Very intersting that the two main hot beds of these engine builders were centered in the Canadian maritime provinces and out in California. Many as primarily cast iron stove and furnace box manufacturers.
The books 1980’s author is a great tech writer and makes the human stories come alive again.
Working fishermen, farmers, woodlot owners not being at all IC engine familiar need a lot of on-site trouble-shooting trouble calls. Ignition (dead batteries) and fuel out (Slingblade) or turned off fuel (clogged vented gas cans) operator problems primarily.
Ha! Just like woodgasifing today! You sell it, or supply it, expect the phone calls and e-mails and maybe a LONG car or plane trip for every one in three systems sent out later.

Hope this can help on your Lawnboy engine project.
Regards
Steve Unruh I had a 1969 Yamaha 80cc motorcycle with an oil injection. I suppose those sell for lots of money nowadays. The other oil pump that may work is the kerosene heaters they use for pressure washers. I believe one can control the flow with a score on those and they’re a dime a dozen.