I have built a stratified, downdraft gasifier from FEMA, but I am not producing enough SYN gas to even ignite. If anyone could help me trouble shoot this problem I would be very greatful.

First what is your fuel and its moisture content?

did you start with char in the bottom? and how big of a burn tube and restriction are you using?

Yes I am starting with a char in the bottom my burn tube is 2 in. diameter. What do you mean my restrictions

with a 2" tube you won’t need a restriction… what are you drawing on the system with?

If you are sure that you don’t have air leaks, then it may just need a little time to get burned in good. Keep trying.

Tell us about your start up procedure.
We bought a Chinese gasifier several years ago and our first run was a disaster.
There are many similarities between ours and a FEMA. Except that we have more effective filtering.
You can see all the things we did wrong at: 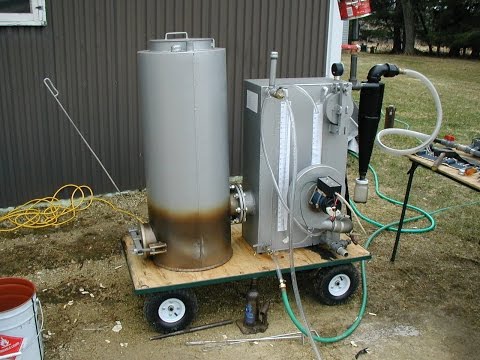 Maybe you can get some ideas from that video, or at least be able to tell us more about your process.

Put a water manometer on it to measure your suction: Pressure measurement is the analysis of an applied force by a fluid (liquid or gas) on a surface. Pressure is typically measured in units of force per unit of surface area. Many techniques have been developed for the measurement of pressure and vacuum. Instruments used to measure and display pressure in an integral unit are called pressure meters or pressure gauges or vacuum gauges. A manometer is a good example, as it uses the surface area and weight of a column of liquid to both measure and ind...

You want about 4-12 inches of water column difference. A standard squirrel cage fan will give you less than 1" and won’t work well.