First run after some cleaning and re plumbing 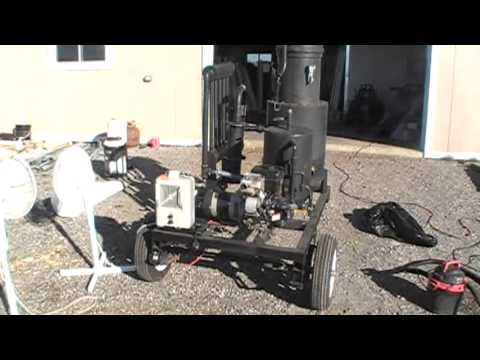 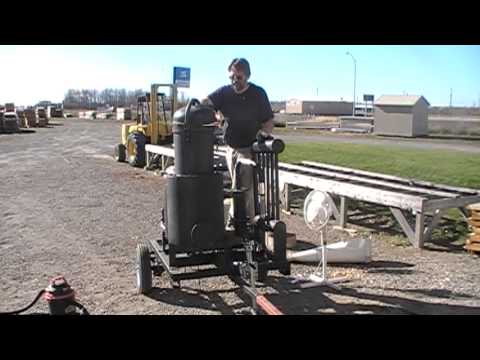 second hopper fill since it’s major clean out and re plumbing.

I had a bit of trouble with plugging as i used the char my friend TerryL left for me in Jan. but didn’t shake out any of the really fine stuff. Didn’t take long to sort it out…

Couldn’t find the battery so I couldn’t use the electric start on the genset. 3 pulls and it was running as per usual.

Hi ArvidO.
Sounds real good. Be a day or two before I can vidio watch up after 24:00 Wife elbowed to get up to dog barking reeling in from coyote and deer barking.
In the mean time . . . .
I’ve been trying to find a place to hang this standalone gasifier and engine/gen set Woodfuel Drying System Doug Williams posted up about back in 2005. Open source ideas that would mesh in well with your systems. Please take a look. I’ll edit it back off of your topic if you think it will be too distracting. DougW gasifier system ONLY works well on chunked wood fuel. Yours does chips and other.
His raw as cut fuel drying demo shows on stationary it is easy to have your cake and be able to eat it too! Enough systems heat to self fuel dry and have more left over for space heating too.
The vehicle guys can eat thier hearts out trying to dulpicate this.

www.fluidynenz.250x.com
Left hand side bar. Open up “Power generation in the hills”. The words describe the pictures quite well.

Good job Arv, I counted only 2 pulls to start!

Yeah Don, can’t find the battery so I had to hand crank it… took 3 pulls the first time… 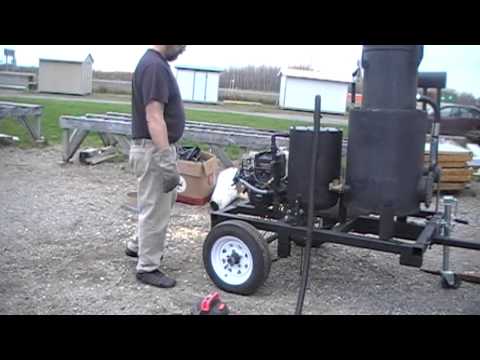 disappoint this morning… it two pulls to get the genset running…

Good Morning ArvidO.
Got your video’s look at.
Looking real good.
You have your engine starting down alright.
Hrrm. The electirc starting is for small women, responosible teenagers and fellows doing a lot of fuels developing.
Now I DID core turn-in a U-1 small system battery recently for an exchange out for the Wife’s Hyundai. Ha! No not yours too - far - far - away. Time for you to get one of those portable jumper boxes for these kind of situations witn winter coming on. Very handy with a powerplug jumper for late model venhicle battery change and cable cleaing so the system never see’s it’s self battery-less and erase all of the personalized and self learned settings. I etched and yellow paint marked my jumper box on all sides; “Stolen from Steve Unruh”! 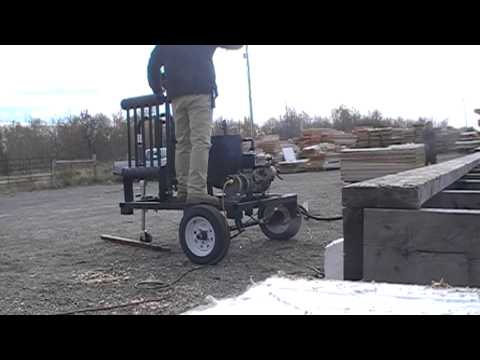 Ok. so i’m a jerk… started our little unit on the left over pellets that were in it… flared really nice, almost right away. Now loaded up the hopper with some pretty big blocks… we’ll see how long it runs like that. 229 hrs on the tiny tach.

well, it did run for about an hour… i suspect it used up all it’s char trying to make more and then put itself out… i’ll know more tomorrow morning when i clean out what’s left and see for myself in person…

so i cleaned out the blocks… they were really too big… oh well. added more char, the stuff TerryL left me, but this time i screened it first. it lit right up. loaded 40lbs of pellets and it started after 2 pulls… I flared it first for a couple of minutes… we’ll see how long this runs till it stops.

So it ran for just over 5 hrs… most of it with a 1500 watt load, but some of it was with 2250 watts. I did have a couple of stops and i’m not totally sure why… I think Billy cutting steel panel and using the genset (load/ no load) may have had something to do with the first time.

Lots of condensate in the cooler… it having snowed some and being very wet out may have some to do with that. really time to work on an auto mixer… we’ll see what happens next.