Fueling a Charchoal Kiln from a Gasifier

I am about to go into charcoal production and was thinking of using the Producer Gas from a Downdraft Gasifier to heat up a furnace under an airtight box containing the wood to be charred. I also intend to let the gas from the airtight box to return to the furnace below for burning thus creating a smokeless furnace from both the gas from the gasifier and from the wood being charred/cooked. Am I on the right track?

There is a design based on that concept. You might need to divert some of the gas onto another retort as time goes on.

Right track. You probably don’t need a downdraft gasifier. a rocket stove should be able to get it going.

This is probably my favourite example, but they muted the soundtrack probably because they used like hendrix as background music: 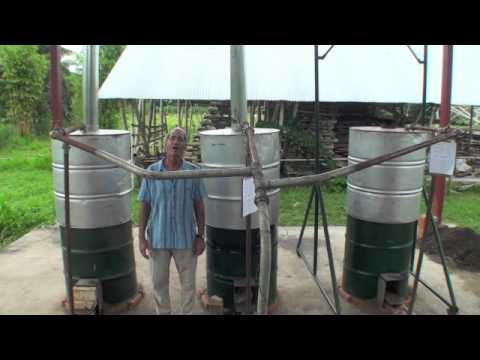 I like this guys too, but it is a small retort, and I like it because someone else -really- pimped out the 55 gallon barrel design into cookstation for grilling, boiling water, etc. plus it is a shop heater. 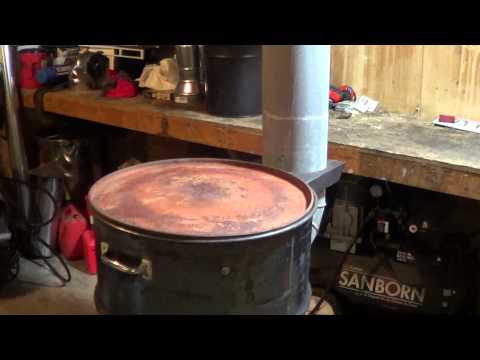 Go here for some food for thought on charcoal kilns:

I insulated between barrels with vermiculite and rock wool. Ashes seal better and insulate well, but are a bit heavier.

Thanks Jeff. Pray tell, where can I find one of those designs? I have seen quite a lot but they are all smoking and that won’t work for me as I will be operating near a residential area.

Thanks Bruce, but I need designs that will provide no smoking. With the secondary burning of gasifiers I am hoping that they will not smoke.

Ava,
Yes you are on a track that can take you to smokeless char making. We are just giving you some other possible paths with less complexity. My opinion is that you will be hard pressed to find a system simpler and more smoke free than a curtain kiln. But it doesn’t capture heat like your furnace idea.

Your smoke free charcoal making furnace is a great idea.Your box of wood will be creating a lot of gas that will need extra air for combustion.

As I write this I am sitting in my living room watching flames coming out of a bain marie retort that I place on top of every load of firewood in my wood stove. There are many ways to skin this cat.

I think Gary Gilmore’s system is hard to beat for efficiency and clean operation.

Other TLUD’s burn very cleanly, but this approach addresses your criteria. 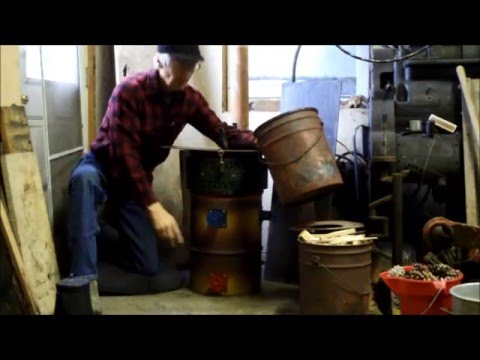 Note that I have never built a gasifier nor a kiln. I have only been viewing video and reading websites and designs. Feel free to critically assess my design. I don’t have a drawing, it is all in my head. I am hoping to create a cardboard model so that someone can design it for me on AutoCAD.

Post some sketches or pictures of your cardboard model and some of the folks on this forum will probably share helpful observations.

The wood gas coming from the box and Producer Gas from the Gasifier will all be distributed to each combustion chamber.

Ava Zim, this sounds like a “fun” project! I would like to add a few more thoughts. When the wood in the box is heated, the first component to appear in the output is going to be water vapor, followed by steam, and then a mix of smoke and steam, maybe some wood vinegar, and finally smoke and more smoke, eventually making a sound like a jet engine, and tremendous amount of heat. (I know this because I once built such a device.) When this output gas is lit and is hot, you will be able to reduce the output of the gasifier or waste oil burner, because the output from the inner box will make plenty of heat. In my experiment, I let these flaming gases under pressure blow onto some lava rocks just above where I introduced the external air. It is a very NON-LINEAR process! The gasifier blower should be hooked to a device to vary the speed so the output of the gasifier can be controlled somewhat. Remember to start the gasifier with a good load of well-made charcoal, if the plan is to use a gasifier that uses chunks of DRY wood. Once the gasifier is up to temperature, it will convert the wood to charcoal, but there must be charcoal for the gasifier to work.
One method of determining when the wood in the inner container is done is to listen to see if the “jet engine” sound has stopped, or actually look at the gas exiting the box into the combustion chamber. The wood in the inner box must be uniform in size, else some will be converted to charcoal, and the larger hunks will only be torrified.
The end result should be charcoal that will ring like a bell. Be sure to store it in an airtight container. One reason for doing this is to keep it dry, but the main reason is to prevent it from self-igniting and burning itself to ash.

I will be doing that next week. I will post pictures as soon as I am done.

There will be valves on the gasifier intake and the Air Vent. I have one on the air intake to allow for control of air intake in the event that I want to use a blower to rev. up things in the combustion chambers.

We will have an outlet for the possible wood oil and water to exit into an external holding metal bottle.

What do you mean by that? I was thinking a gasifier design that does not use an electric blower… I will be operating this off grid.

Well, all the gasifiers on this forum use some sort of blower to get the gasifier up to temperature, and then the engine provides the suction.
I remember reading about Agua Das and his Dasifier. It used an ejector powered by an air compressor made from a refrigerator compressor, but he did mention using a length of small diameter chimney pipe as a replacement for the ejector.
Here is a video showing melting bronze for bells with his wood chip/charcoal Dasifier: 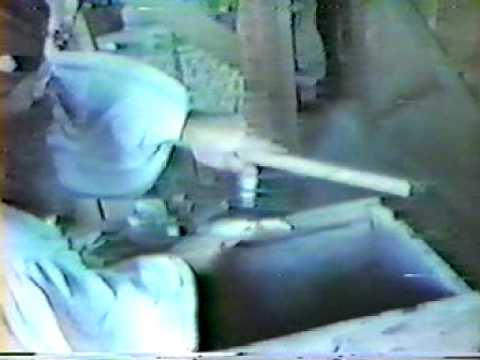 Many of the folks here use at least one Bilge Blower ($20) and sometimes 3 or 4. I have a collection of bilge blowers, as well as a ten dollar air mattress pump running of a Pulse Width Modulator (PWM) connected to a watt-meter and a 12 volt motorcycle battery. It draws 2 watts as I use it. The Bilge Blowers can use as much as 60 watts maximum. Most folks, even off grid, have a 12 volt battery laying around.
There are some good 12 volt fans in desktop computer cases and power supplies that can utilized too. I mount them in the bottom of juice bottles, and just run clip leads to a motorcycle. battery.

Hi Ray
Very interesting video, a rocket stove would have given the same result?
Can a gasifier make it possible to have higher temperatures?

Hi Ray
Very interesting video, a rocket stove would have given the same result?
Can a gasifier make it possible to have higher temperatures?

I have only used three rocket stoves, and based on those experiences, I doubt a Rocket Stove the size of the Dasifier could melt Bronze used to sand cast Bells. The unit is an Up-downdraft gasifier with a very short connector pipe to the load. The ejector is located inside that short connector pipe.

Ava, it looks like Sean posted it above. Don’t wait for someone to draw it in a CAD program. Make a small model version out of something like 5 gallon pails. Most designs need numerous tweaks. Expect to start with a bit of smoke but you’ll have steady improvement if you stick to it.

Thanks for the tip about the blower for the gasifier. I have located a 12v pc fan and will be attaching one to the gasifier and get another to push more air into my combustion chamber in the furnace under my charcoal making box.

It will also ensure that smoke does not escape in that air vent. Methink!