Hope you don’t mind me bringing your video up on the open forum. 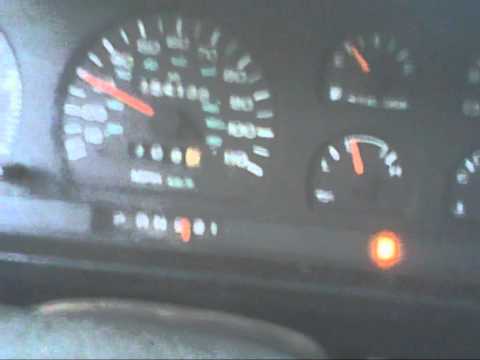 While viewing gasification on youtube there are so many judging the gasifiers on the color gas they might produce while doing no work at all.

I need a set of those 11-1/2 or 12 too one pistons in my big truck, looks like it would help.THANKS ,Actualy i would like too put a hot rod motor in my small truck, let us know how your pounds per mile goes, It should raise the thermal efficency to as good or better than the 318 motors , seems like it would.

I don’t mine will do that. I haven’t found a 1/4 mile of flat ground around here to try it.

Kevin…I was talking about a 57 chevy I had in high school with the 327 and domed pistons and stuff. I rolled it on a corner after leaving a party back in 1973. I think old Bud Weiser was driving that night… LOL

Wayne…That’s why I post so many videos, helps people get a better understanding of the real world drivers. I know it was a big motivator during my build to watch all you guys that was already DOW, and helped me get off my rear end after working all day and hitting the shop to work on the build.
Thanks for your interest in the videos, and no I don’t mind at all.

Do I see a new competition brewing?

I’m in (just for fun) if I can get out of the parking lot.

Carl, ! know of a certain (flat) airport runway in Arkansas that will be available next year…

I used too have dodge van with 350 chevy motor. not hard too change but it allways throughs the speedo off. THANK for the extra build and driving vidios, They all help out sombody learning BBB.

Watch my oil pressure gauge as I film the 1/4 mile run. As soon as I lift at the end it goes to zero. I figured the pick up tube was getting plugged up. It has done this every since I bought the truck. I spent the last couple nights pulling the pan and replaced the oil pump only to find the pick up screen was clean and I believe someone has changed the oil pump prior to me buying the truck. Someone had cut a piece of the pan baffle inside to make it easier to get the pan off with it still in the truck. And it had a mellings oil pump already in it. I doubt that is a factory pump, I know G.M. has a G.M. pump from the factory. Anyway It seems I just wasted 2 nights because it still does the same thing. Now I’m going to do what I should have done in the first place and hook a gauge up to it so I can see what is really going on. As soon as the motor gets warmed up the oil pressure starts dropping off and will not even register sometimes at an idle. Would of thought motor would be knocking if it was indeed not getting any oil. Google the problem and it seems there are quite a few issues with oil pressure and the dodge engines. I’m afraid it can be to much clearance in bearings and not keeping up when oil is hot. Wish I would have bought the high volume pump now. But that is why I should have used a pressure gauge first so I would have known more about how to fix the problem once the pan was off. Will test today and let you know…probably a 20 dollar sending unit…lol I guess even that would make me happy now.

Last year I had oil pressure issuses with my 318 ram. I put a new oil pump on it but didn’t help . I replaced the oil pressure sending unit and it registerd plenty oil pressure .

Just one other note . The way the motor is mounted back under the fire wall and dash on the rams it was just about as easy changing the oil pump as it was screwing in a new sending unit.

Take a picture to show everybody where that sender is located. My gauge reads from 20% to 70% for no apparent reason.

Gary, I just got done doing this not because I had problems but just rebuilt my engine. The pan is a super pain to get off while the engine is in the truck, it down right sucks. Anyways, this IS a common problem. If I were you id just pull off the sending unit and stick a mechanical gauge in there permanently. Wish I would have done it, my oil pressure reads really high even with lighter weight winter oils.

The dakota’s oil pressure sending unit is easy to reach . The ram’s are a PITA.

Ok guys did what I should have done to begin with. Removed sending unit and hooked up a mechanical gauge, taped it to my windshield wiper so I could see it and went for a drive. After warmed up it never went below 12 to 15 pounds at an idle. Instantly would go to about 50 when revving the motor. I installed a new sending unit and the dash gauge works like it is supposed to. I was very happy but wish I would have done that first. Joseph is right about pulling the pan with engine in truck. It is so close to impossible I think I would have to tell someone if they asked that it can’t be done. Had 2 blower motors that where no longer working so got them changed today also. I have some video and pics to share but left them in the Dakota at my sons shop where the lift is at. And to Wayne…thanks for letting me know I’m not the only one to change the oil pump befor changing the sending unit…LOL. Also been chunking wood for the trip to Argo’s I used around 1300 pounds getting there one way last year (rough estimate) that included a couple trips to our ,motel which was somewhere around a 30 mile trip 1 way . Ron Lemler if you read this I will be returning the nice wood box you sent home with us last year full of wood. I know there is a lot of value in that box and appreciate you loaning it to us for a year. Hope to get another for the trip home this time also. Hope to see you all again this year.

Gary,
I think the reason why we change the oil pump so quickly is because we know how important oil pressure is inside an engine and know that the engine isnt going to be around much longer if it dosn’t have any! Go for the throat. Lots of us do this, no need to be upset about it, at least now you know it sucks!!!

Your right Joseph…had I not looked I still would have the image in my mind of a gunked up pickup tube. And wouldn’t know the fun of taking motor mounts loose, transmission mount, removing distributor cap, bracket on distributor that advances timing while DOW, air cleaner assembly , unhooking choke cables and wood gas lines, disconnecting radiator hoses top and bottom, fan shroud, plastic splash pan under radiator so you can get blocking up to harmonic balancer to lift engine with a transmission jack, rachet strap from transmission tail housing to rear end to pull motor back that ever so important 1/4 of an inch extra needed to get the pan off. Not to mention hoping pan gasket was still where it belonged when putting it back together… But you are correct, at least now I know it …SUCKS…LOL I went ahead and replaced motor mounts while I was at it. One was bad anyhow. Wayne you are correct, changing the sending unit was easy on the Dakota. I have pictures to post when I get my camera back home. Only thing was I had to go buy the special socket needed to remove it. I think it was around 10 dollars at O…O…O…O’reileys… Auto parts.
Gary

Ok Carl…I remember a certain someone being called lead foot Carl when he burned his fire tube out…LOL…(just kidding)
Bad thing is you are 100% correct, I probably do push the Keith gasifier to the limits, I’m just not sure where the limit is. I know you and I have talked about gas temp in the cross over tube, and I know you never run yours to the limits I have, I have seen as much as 1300 degrees before and truck was still pulling good. (uphill pulling loaded 24 foot trailer). Anyway turned out to be more of a learning experience than anything, I know I feel better about making the trip to Argo’s again. Last year on the way home the oil pressure was dropping to zero around 600 miles from home and it was bugging me so bad I stopped at a truck stop and they let me use there air. I jacked the truck up drained the oil removed oil filter and Step Dad Bruce who was following us and I had to drive to town and buy an air blower and quick connect fitting to match there end. I blew into oil filter port thinking it would push oil backwards thru oil pump hopefully cleaning pickup screen (I was desperate for oil pressure…lol). Put in new oil and filter and headed down the road. Made it about 5 miles and all was good. But that didn’t last long and it was falling off just like before. Kinda hard to enjoy your trip when you keep looking down at a oil pressure gauge that keeps dropping to zero while driving. So I fixed the problem by putting a piece of duct tape over the gauge so I couldn’t see it…all was fine the rest of the way home. (true story).
Gary

lol yah, Thats the main reason I took my pan off, to see the oil pickup. The engine sat for 7 years and it was pretty sludgy (I rebuilt) Going to make you think twice when the rear main goes bad and starts leaking… I think I am just going to park over a pile of rags

Gee thanks Joseph…now I’m wondering why I didn’t roll a new rear main seal in while I was there…lol. I agree pile of rags for me also.

Good morning…Carl Zinn asked for me to post some pictures of the location of the sending unit on my Dakota (1995). I bought the special socket it takes to remove it at an automotive store.