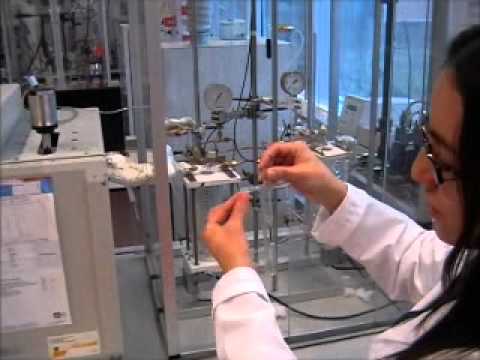 I have made a FT reaction catalyst and reactor for my graduation practical exam. It was iron based, meaning that the reaction can happen at 350*C and 1 atm presure. The reactor on the gek video might work if they used the right catalyst. The catalyst is in fact made out of magnetite but not out of magnetite ore. The particles need to be in a nanometer range not just peaces of rocks.
The problem is not in the size of a small “household” reactor as lab scale reactors hold just 10 g of catalist but more in the synthesis gas. The ideal feedstock gas has a ratio of CO:H2 1:1. Wood gas is 2:1 so you waste half your CO allready Then there is nitrogen that alsow inhibits the reaction and inpuritis in the gas that kill the catalystovee time.
I used water gas in myne. Passed steam thrugh white hot charcoal and compressed the gas with a refridgerator compressor to about 30 bars.
In this case you first need to make charcoal. Loose lots of energy here.
You need do make a duble water gas reactor where you heat one reactor with air till white hot and the other passed with steam to form water gas. Loose alot of charcoal when heating it with air.
The reaction does never consumes 100% of syngas so you throw a lot of gas away.
The products contain a lot of diferent hydrocarbons rangeing fron oarafine to methane. Onli a max of 50% of it is in the liquid fuel range where gasoline has a octane number of about 60 due to mostly stright alkanes in it (Diesel is great). You have to add octane boosters like alcohols, costy again.
So in conclusion: great for large factory size production but for common mans fuel demands i think nature did a great job of provideing fuel for our needs and it it is solar batery called WOOD.

Thank you Kristian for such a good been there done that , these are the problems explanation…

Kristijan - Thanks for the first hand report. It seems like the GEK team had some smart folks working on this, and yet they appear to have gone “strangely silent” on the topic after reaching a certain point.

I took this to mean that they probably found it to be impractical and just gave up.

On the other hand, it is also possible (but less likely) that they were successful and decided to quit talking about it until they could perfect and patent their process.

So, I was curious to know if anybody knew what actually happened with their efforts.

It sounds like you were successful in the scientific sense, to the extent that you actually accomplished GTL conversion on a laboratory scale. This is a major achievement. Congratulations.

I am not surprised that, in the end, you judged the process to be impractical and inefficient for the small scale production of (ground) transportation or heating fuel in comparison to direct gasification.

From what I recall reading, the commercially viable plants (such as Sassol) or on the scale of billions of dollars in cost, with output of tens of thousands of barrels per day.

There is also apparently a new generation of technology in the works referred to as “micro-channel” and pioneered by Velocys. However, to my knowledge, none of these reactors are online yet. Although much smaller than the traditional reactors, they are still very large by our standards.

Rentech had a 10 barrel per day demonstration facility in Colorado. That is getting closer to what I would call “small.” Although they had plans for multiple commercial scale plants around the US, it appears that they have cancelled all of that and closed down the demonstration project.

Anyway, that’s about all I know about FT, which is not much. It’s just an interesting technology to keep an eye on because, under the right circumstances it could become relevant.

In the general discussion above, I failed to mention that, IMO, if you need to produce a liquid fuel with long term storage potential, the best way is probably the way that they have been doing it for hundreds of years in this country. “Convert” your wood to alcohol by using it to fire a still. There are also other benefits to this method (wink).

the 2 ways to go… wood alcohol, derived from the charcoaling process and FTP…

Koen, you put us mouth water
Go - you elaborate a bit?

I missed a set of these at our local auction a few months back , like a fool I set a limit of what I had in my pocket at the time $400 , they sold for $440 , since then I have seen them on sale in the USA for $1200 for the S30 stack .
http://www.solarpanelsplus.com/solar-battery/

Thanks for that link, very cool batteries

I am a nerd . So here goes: wood alcohol is also commonly called “methanol” it’s what some guys run on the drag strip and at Indy. it is also very poisonous to get on your skin can result in fast acting lead poisoning.( the methanol causes the lead to adhere to the red blood cells in the bone marrow) all I can say is be very careful Iv’e used this stuff on several ocations and it always scares me to death
have you ever seen an alcohol fire. you can’t see the flames. I looked into this thirty yrs. ago can’t be that hard I thought, and really its not. ethanol is so much safer. vaporized and turbo charged you can make some hp. and besides ethanol has so many medicinal uses.
Jesse

Many times I have thought of this story Andy.
Been decades since last read it. Thanks for sharing

In short: Ethanol comes from sugars
Methanol from wood or coal

Both are useable, more then fossil dino fuel, but for us the methanol is more relevant as we are busy with gasification and possible byproducts…

Somewhere lost to me now I recall seeing an experimental apparatus that used a solar collector the size of old timey satellite dish that concentrated the sun’s heat on a target reactor.

The system simply blew steam across a carbon media and cracked it to make pure CO and H2.

This was small scale of course, but if you could convert that to methanol in an efficient small scale process and then concentrate the methanol to a usable level it could be a very interesting piece of small scale technology. 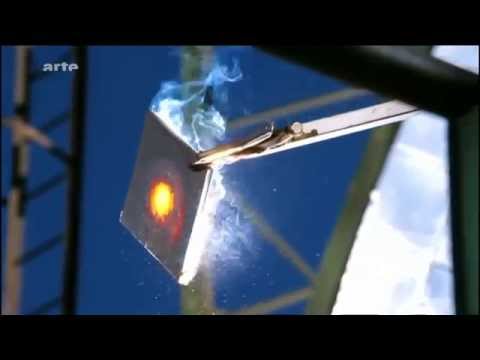 I made reference to the Mobile process because I understand its more efficient than the FT process.

I believe that Anglo American Petroleum is using some sort of reformer process to make high purity gasoline product in one of the Scandinavian countries.
This should be something researched because I think they are usuing some sort of reformer to convert stranded natural gas into fuel.
Its very good fuel too!
Now I found this link and watched it.
They are not using stranded gas but the light ends that are blown off from the cracker and distillation towers
I guess my point is where there is CO, hydrogen methanol or methane there is the possibility of making clean quality fuel 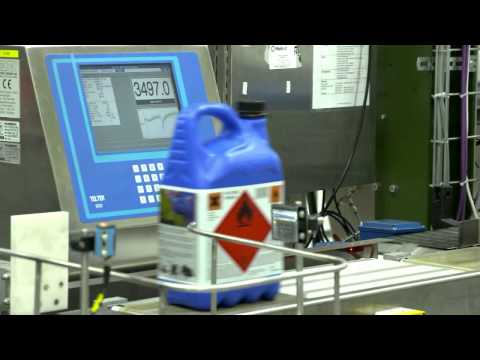 Here this belongs in this thread… basically it is a way to convert CO2 + H2O-> ethanol using a carbon nanotubes and copper and electricity. What I didn’t see is the electric efficiency on the process. The conversion rate was around 60%.

There are a lot of stories on the tech but here is a link to one. 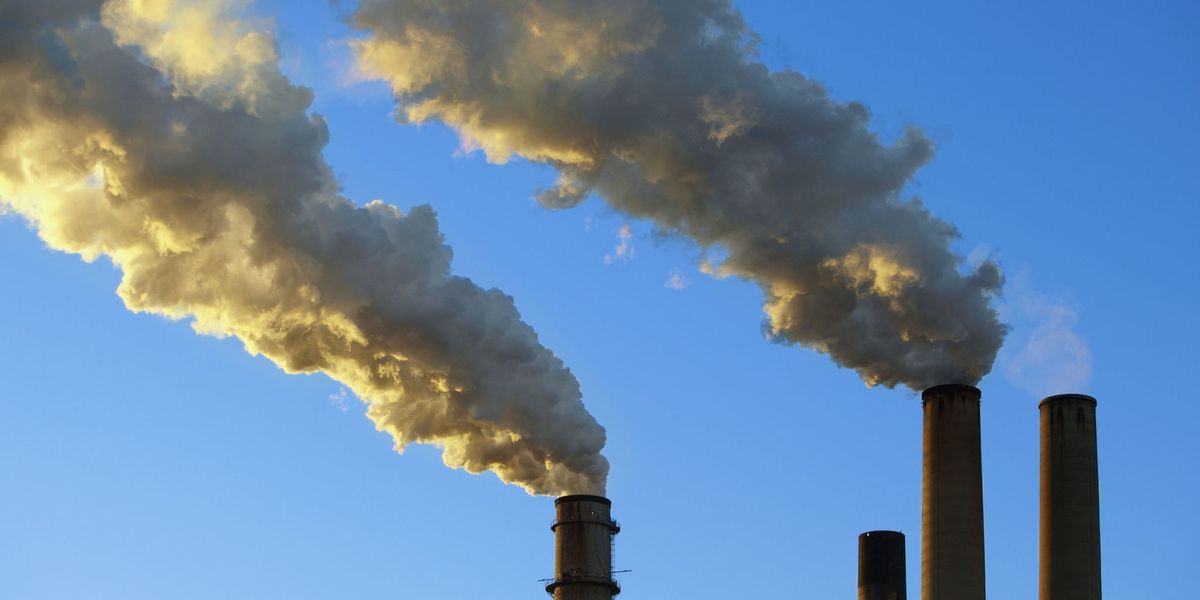 The process is cheap, efficient, and scalable, meaning it could soon be used to remove large amounts of CO2 from the atmosphere.

I used to work for a small company that was researching GTL using the Fischer Trops, converting landfill gas into Synthetic Diesel. We proved that it worked, and made good product with decent yields. I have also been involved in R&D for replacement gases for CFC gases. We used to condense the gases produced through the reaction, by using a large Pyrex condensing coil that had the bottom half of the coil sitting in a dry ice/92% isopropyl alcohol bath, this made for a really really cold slurry. Since the vapor pressures of the synthesis gas was similar to propane, we had a new propane tank also sitting in a dry ice/isopropyl bath, keeping the condensed liquid, liquid. I wonder if this would work on wood gas? Is there any info regarding the condensing Temps and vapor pressures? I also worked at an Anhydrous Ammonia plant, and we would pressurize the Syn gas to high pressures and rapidly drop the pressures to atmospheric, utilizing the Joules Thompson effect, it would auto refrigerate into pure liquid anhydrous ammonia. Could this also possibly work to condense wood gas? Just wondering.

We used to make methanol as a secondary process in the anhydrous ammonia plant I used to work at. Since we were cracking and reforming methane CH4 for the hydrogen, incidentally we had the same chemical components necessary to make methanol. CH3OH. So a side stream was diverted from the primary, and sent to a methanol reactor, where the exothermic reaction took place to form methanol, it was then sent to a distillation tower for purifying, and the product draws would provide product.