Its a ss tube with a electrode inside, filled with salt. Salt (NaCl) conducts electriciity only in molten state, and has a melting point of 800C (1470f) wich happens to be around where the gasifier starts overheating. This means when the gasifier enters heater mode, the salt cristals wuld melt and close the circuit.
Allso, different salts culd be used for different temperatures.
What do you think?

Sorry for the bad pic

KristijanL,
Would this only be a one-time-use system once those salt crystals melted?
Or would it cool down “reset” for a future usage?

What do you think?

It sounds like it will work. but it takes time for the salt to melt, and you are looking at corrosion, and any water in it will start to form NaOH +Cl2 which could affect conductivity and expansion. I would make it a lot smaller, like use a stainless steel coin cell battery case.

The functionality is about the same as a bimetal switch.

Steve, the cristals wuld solidify and stop being conductive so yes a multi time use.

Sean, l agree, this might not ba as fast reacting as a thermocouple, but wuld indicate long time overdrawing on the gasifier.

allso, the goal is NOT to melt the salt unless something is wrong so 99% of the time it wuld be cristaline.
A electrolisis reaction is possible thugh, making sodium and clorine but in a close vessel they wuld just react back
Yes l agree there are much simpler ways to mesure temp digitaly. But they all require mesuring devices, displays and charts/calculations. Some dont have acces or knowlidge for that. Me being one

OK, who is going to be the first person to make a prototype and show us a demo? Do you think hooking this up to a 12V LED will work?

Probbably the person typeing this

Yes thats what l was thinking. Only thing l need to work out is the plug. Any ideas? It has to withstand heat and not conduct electricity. I thod of pushing the electrode in a fiberglass rope and crimp it in the salt filled tube.

allso, the goal is NOT to melt the salt unless something is wrong so

…it isn’t needed at all

Actually a stainless steel tube would work better. The glass could shatter from stuff hitting it or thermal shock. So basically like a kitchen temperature probe. You have to isolate the circuit to prevent shorting out…

Only thing l need to work out is the plug.

I think fiberglass will melt at that temp. I was thinking clay but that might conduct unless you dry it, and it shrinks when it dries… but it might work for a quick test when you heat up the end of the tube with the torch. I know you aren’t going to wait long enough for it to dry… lol

Let me give it a try…
I will test it in the oven/reactor i am building,

Imagine a ceramic tube with 2 wires inside, separated by ceramic “blocks”, submerged in salt…

I will test if the salt gets different conductive proportions, if it can work as a switch on/off

It is always fun trying out a friends idea…

Molten salt oxidation is a non-flame, thermal process that destroys all organic materials while simultaneously retaining inorganic and hazardous components in the melt. It is used as either hazardous waste treatment (with air) or energy harvesting similar to coal and wood gasification (with steam). The molten salt of choice has been sodium carbonate (m.p 851°C), but other salts can be used. Sulfur, halogens, phosphorus and similar volatile pollutants are oxidized and retained in the melt. Most or... A molten salt reactor (MSR) is a class of nuclear fission reactor in which the primary nuclear reactor coolant and/or the fuel is a molten salt mixture. Only two MSRs have ever operated, both research reactors in the United States. The 1950's Aircraft Reactor Experiment was primarily motivated by the compact size that the technique offers, while the 1960's Molten-Salt Reactor Experiment aimed to prove the concept of a nuclear power plant which implements a thorium fuel cycle in a breeder reacto... 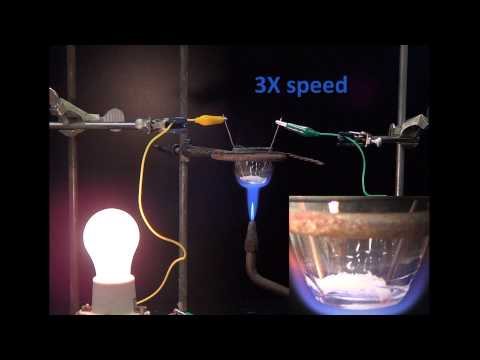 Ha, the last video is preety much what l had on mind.

Hi Cris:
Nice to hear from you!
This idea looks like a simple and brillant !! It need to be tested. Also other materials may be good for other range of temperatures. We may need a chemistry here to give us some feedback.
B.R.
Eddy Ramos.

Could you not just make the salt capule longer, so that the open end extends outside of the hot zone? Then the material to seal it may be less of an issue. It’s true the molten salt would eventually tranfer the heat out there, but perhaps something could be placed in the cold end to physically prevent the salt from reaching that end. 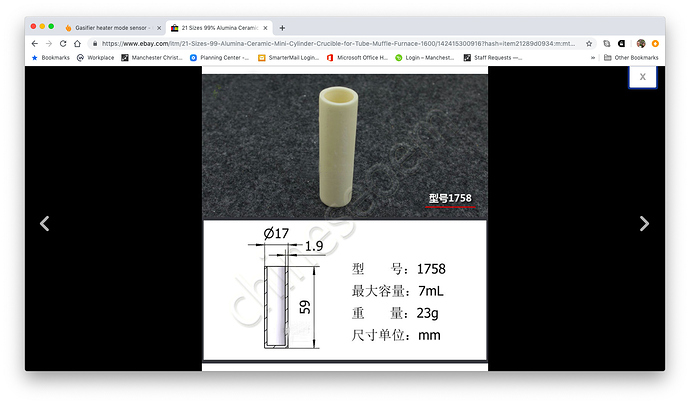