Hello all. Still driving around down here in AL with John Cleveland’s 1980 f150. Good times, but am having a bit of a problem, wondered if ya’ll could tell me where to start looking. When I first got the truck I was having clogging problems due to mis-sized wood. Fixed that. Got it going real good for a while. Then got it out on I-20 one evening and ran it a little hard. After that burn cooled off, I haven’t been able to really get it going very well. It will make very good gas with blowers at flare off ports, but can not drive on wood gas really. I do have a small leak at the bottom of the heat exchanger—rusted through, and I noticed that the char cleanout lid got hot that time. It is made from an ammo can top, so I was wondering if some leakage there due to a damaged gasket would be creating a vacuum leak. To tell the truth, the first thing I thought was that the PVC pipes were clogged up with water or something, but I checke that and they are fine. Any suggestions? Questions? Appreciate it a lot. thanks Billy, Alabama

Sounds like a leak, gotta keep on looking. Sometimes they take awhile to find

Did you happen to notice the vacuum or temperature values before and after?
Have you checked for any plugging in the rails or anywhere else in the system?

gauges not showing vacuum like they were. temp is same if I’m running blowers. rails cleaned shortly before it started. I’m pretty sure it has to do with running it too hot.

both gauges not showing vac like normal? Check your lower drum seal.

gauges show some jump in vac when I open throttle plate but they are both the same (not plugged up) and not as much as usual. much less. I know I have a leak in the bottom of the heat exchanger. It has always been there.

Just trying to think of seals that can fail with running hard. If you have ammo can ash dumps, those can implode under vacuum, let air in, and that area of the gasifier is hot enough for the air to flash and burn the seals, leading to a bigger leak. The lower drum seal can get too hot and fail as well.

If the ammo can seal is bad it can let air in and allow the gas to burn in the lower drum. You will notice it running hotter than normal. This is one of those areas where Steve U advice on the touch look smell comes in handy. When you get it running normal again take some time and see how close you can get your hand to different parts of the system to get a feel for various temps. Once you learn it will help you a bunch.
Don’t ask how I know this.
You can put some newspaper in the ash dump close itand light the gasifier if the newspaper burns mostly up you have a leak there. Wayne’s trick

I have a video somewhere that shows me pulling vacuum with the blower motors and holding some very thin plastic at the nozzle holes to test if there are any air leaks internally . I have been searching for the thread and video but haven’t come up with it yet .

I will keep looking

You might try applying some high temp silicone to the rusted area.

To test for an external air leak you can close the cold gasifier off good . ( air inlet closed , top lid sealed , blowers caped ) Start the motor on gasoline and close the motor air mixing valves . If there are no external leaks venting to the atmosphere the motor should flood out or run VERY rich . If your motor runs OK this might signal air leaking in .

You might try the same test with the gasifier lid off and also one with the incoming air valve open . You should get just a little resistance but the motor should run fine .

If the gasifier overheated enough to cause damage there may be some paint burn signs on the housing .

the ammo can ash dump did get hot enough to burn some paint off. also, I am sure I have a leak in the bottom of the heat exchanger, it will blow smoke if i use the blowers. I haven’t had time to deal with it. Just got over a round of kidney stones. Also dealing with some thyroid issues. and paying the bills. $1.67 gas doesn’t help to keep it at the top of the list either. Still wanting to bring the family over the hill to your place sometime wayne.

My wife had kidney stones sonicly blasted on her back years ago and all her back was black and blue in a foot diameter. Now I know what rock salt coming out of a shotgun would probably do.

Maybe she got caught during a B&E and made up an elaborate excuse to cover the fact that she got a doublebarrel of rock salt? No? Meh, just a theory.

Load up any time and come on over the hill. ( Cheaha )

For those not familiar with the hill it is just a few miles southeast of the Talladega race track and a real good test for a gasifier climbing it .

Mike LaRosa says we have no hills in Alabama 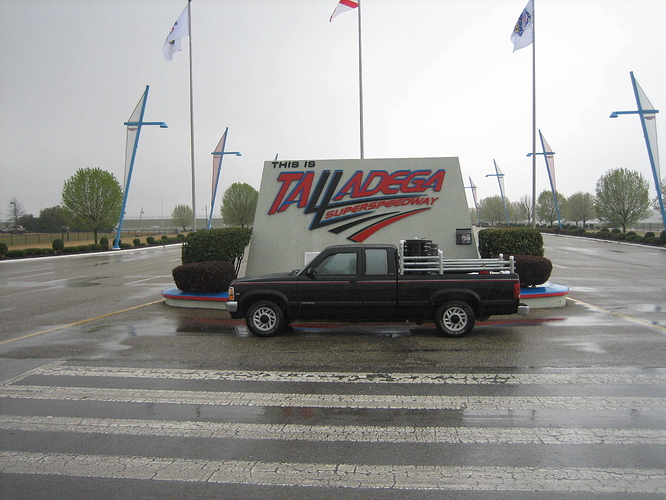 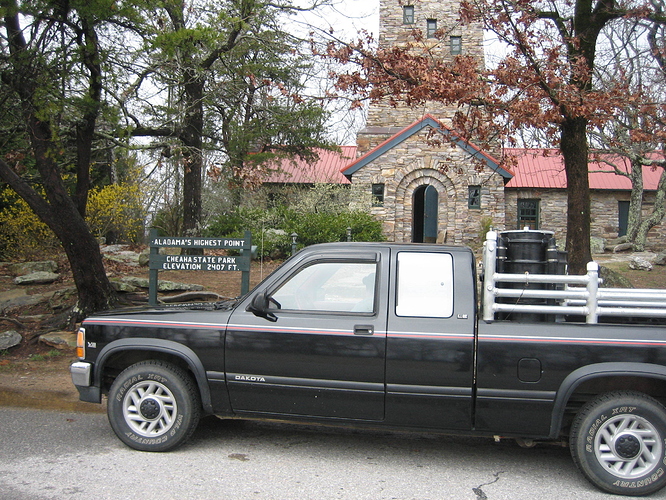 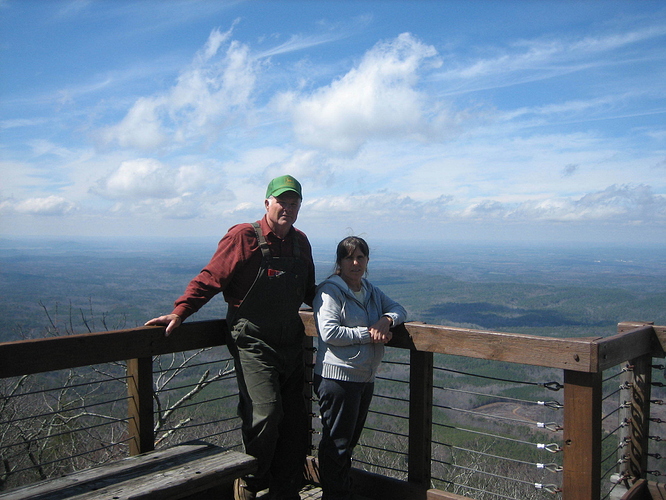 We’ll get over there one of these days. Been too busy lately. Seems like the whole world is building over here. I don’t know what happened, but we have more work than we can do. Good problem to have I guess. In fac, we just built a barn not far from your place…But it’s about time for starting up the green house. By the way, if this weather we’ve been having is man-made global warming then I say we need more of it. Sorry to ya’ll flooded in the NW and E coast, those of you dried up in CA, etc…But here it is almost January and we have just now had a pretty good freeze. The Kale and lettuce and radishes and turnips are still real good. The cilantro has gotten sweet and life is good.