I’m realizing that the content I am posting on my Bill’s mini WK is not applicable to the gasifier anymore, I now start this post.
This is the reason for me building a mini WK before a truck unit is the tools I can/hope to implement.
Here is my my portable power. Well the start of it. nice… how many watts/kw storage do you have there in that buggy?

Not sure yet Arvid. I have to go through them and make sure they all work good. I got them free from an electrician that changes them out on tornado sirens. I will look them up and see what the amp hours are. I have an inverter that I will mount to the trailer as well. This way I will have power to my shed or other places in the yard that an extension cord won’t reach.

What voltage Bill?
The reason I ask is I was at a place where they had a generator off a MRV . $199 with external regulater 28vdc. Took big serpitine belt though

wow that’s more batterys than I have running my house

So I plan to use a smart charger to start and charge it at 12 volts. Any opinions on the max amount of batteries to use? Should I keep it at 8, 10 or 12?

very nice Bill ,the secret to good clean power , now for the ambulance alternators for the tractor, generate dc and convert to ac

use as many as you have the capeabilty to fully charge . best for longevity

Bill you say you are going to use a “smart charger” to charge them. I don’t know what that is exactly, but may I suggest you get a charger that will “desulfanate” the batteries as it charges them. I purchase a 6 volt and a 12 volt and I kept rotating them all winter on different pieces of equipment. This spring was the first year that I can remember, that I didn’t have to buy at least one battery.TomC

Use for generator head? I have a Batteryminder Desufator on the 9 year old house battery of my motor home that still holds a charge like new. It emits a high frequency ping that loosens sulfates from the lead plates and lets them fall to the bottom of the battery instead of "growing on the plates until the thick plates touch and short out (the chief cause of battery failure) 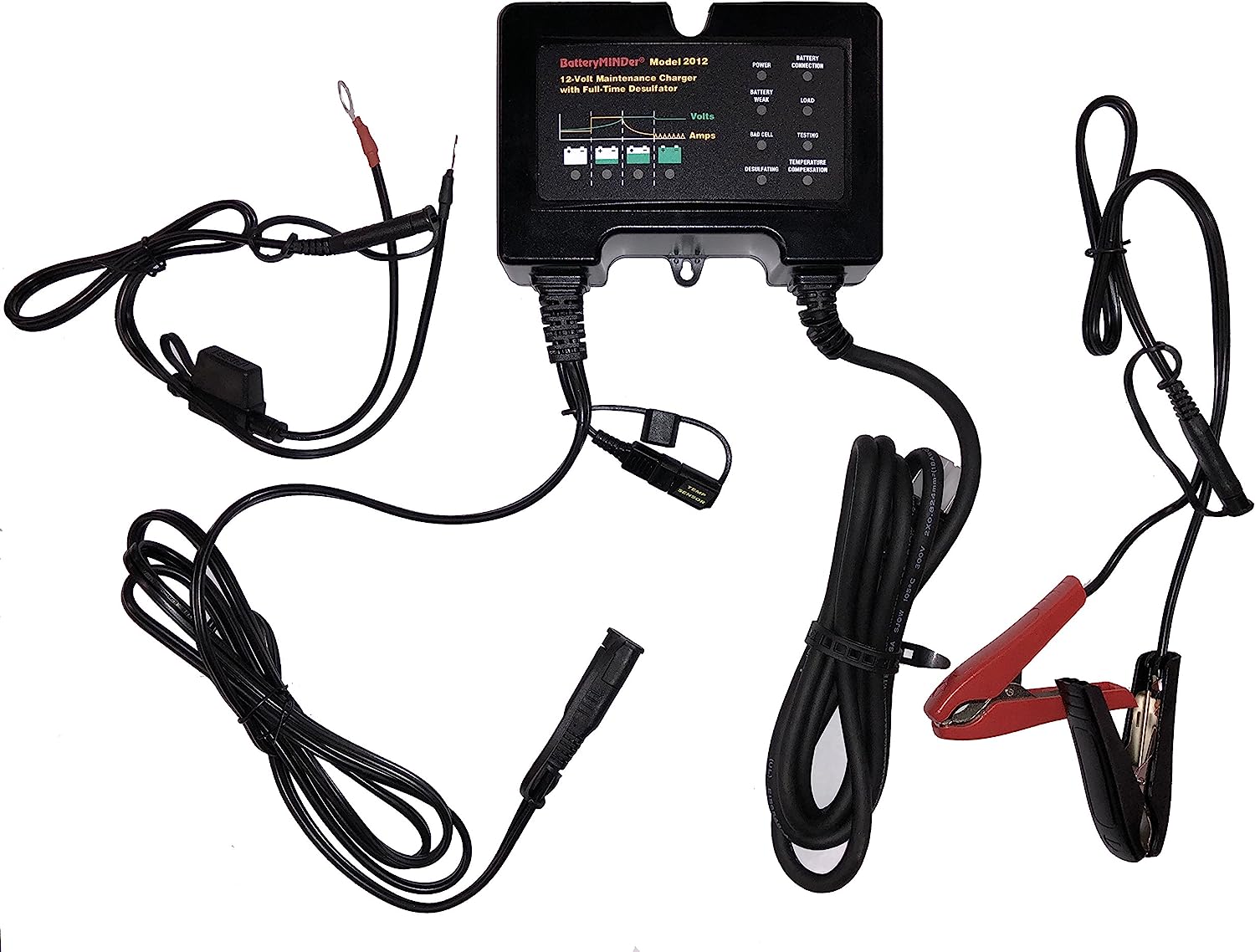 What’s the gearbox for Bill?

Very good to know Don. So how many batteries hooked in series can I do this with? Will the last battery be treated equal to the first battery?

What Don said! My 12 v is the one he listed. These are just trickle chargers which is also much better for the plates than a quick charge. They do come in a 6 v version also.TomC

Jim, the gear box is to step up my speed for my generator. It needs to be at 3600 rpm. Because I will be running at a slower rpm plus reducing down with my PTO, I need to jump it back up on the generator.

Bill, are you hooked in series or parallel?

My bad Don, you’re right, they’re hooked in parallel for a 12 volt output.

I think the batteryminder will work for batteries in parallel but that is a lot of plate surface to maintain!

Hmmm… I’d look at getting a bit more voltage out of your alternator and using a mppt charger rated for the current… you can set your batteries up 6v, 12v, 24v, 48v what ever your heart and hardware desires.