I am looking to build a charcoal gasifier (Simple-Fire) to use with a 6 kW generator. I have been scouring videos and reading on the site for a while. I have a few questions at this point:

1). Can you start a small generator with only wood gas or do you have to use gasoline? (in a case where gasoline is not available)

2). Is there a way to start things out without electric or battery power? (again, assuming none is available)

3). How large of a reactor would you need to run a generator for 1.5 - 2 hours without reloading?

Tim, I have not used the simple fire, but I do run a lawn tractor on a fema gasifier. I typically use just a small squirt of gasoline to start, mostly just to save the starter. I feel confident that you could do without. I think one of those hand cranked blowers such as they used on small forges would work great for starting. Or you could hook a blower to a stationary bicycle and it would be easier for you.
I have no input on the last question. 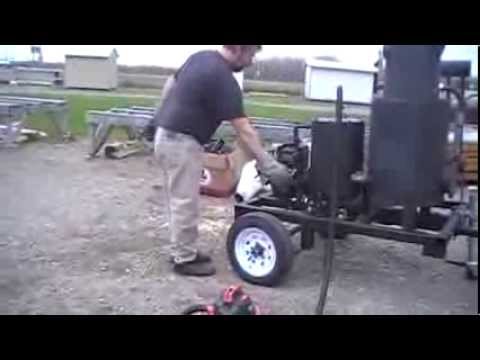 while I do you an electric vacuum to get the gasser up to heat I have many times ran that vacuum off battery and inverter… it works so why not use it. I probably could set up a hand crank system just haven’t bothered to.

the vid above is starting the genset on wood gas using it’s recoil starter. so yes it can be done.

Hi Tim, yes you can start an engine with no electrical inputs most of the people I’ve talked to have decided it wasn’t worth the trouble… I played around with a double acting hand pump used for boats or mattresses and managed a pull cord start but that was really just a can I do it test… You will want a good pump and you will want to pump the gas past the carb so when you hand start the gas is right there waiting instead of drawn in by the starter’s vacuum… Best of luck, David Baillie

Thanks for all the input so far. I would also use electrical inputs and some gas to start more easily, but I want to make sure it is at least possible without them.

I am thinking of a worst-case scenario where you can’t get either and need to start a generator. It sounds like a few of you have done it this way.

I think the WK will scale down OK . Just playing and experimenting I have built them small enough to run lawn mower motors…

One of my problems the fuel has to be scaled down also. I have tons of wood fist size for the truck gasifiers but had to go to a lot of trouble to cut wood down to 1 inch chunks or less to scale with the small gasifier . ( chips could be easy to get but may not flow as good as very small blocks.)

The smaller the gasifier the smaller the fuel should be . To prepare the charcoal fuel one can take large blocks of wood , make char then easily crush them into small sizes . In making the charcoal you may loose half the energy of the fuel . No big deal because we are not talking about needing much fuel to start with .

Just one other note . The ash /char clean out of the bigger gasifiers are just about the perfect size for the small char gasifiers .

From the little I understand at this point about charcoal gasifiers, it appears they have an issue of getting too hot after a while. Has anyone tried making a “finned” simple fire to help cool off the reactor? I suppose it wouldn’t be as “simple” then with all the extra welding of fins though.

Hi Tim, you will get some build up of heat but usually when the heat spikes it means you are out of burnable charcoal. You need a certain volume above the reaction to produce co instead of co2. When you don’t have that volume you get combustion not conversion so lots of heat. The other problem is charcoal is a great insulator so I think you would be better with a second vessel with just metal walls. I have pondered putting fins on my cyclone but I get pretty cool gas without them and I’ve run up to a4 hour run. I only stopped because I ran out of work to do and charcoal to burn.
Best regards. David Baillie

The problem with heat is that the steel nozzles melt down. I use a 1" pipe nipple wrapped with a piece of thin stainless steel, and just replace the whole assembly when it burns off. There needs to be a bed of unburnt charcoal above the glowing inferno above the nozzle assembly. When the output temperature rises, that is usually a signal that more charcoal needs to be added. (Gary Gilmore wraps his nozzle assembly with clay, uses exhaust gas, and sometimes a water drip to prolong the life of the nozzle.) It is important to have your charcoal properly sized. Use well-done charcoal between 1/8" and 3/4". Use 1/8" hardware cloth stretched over a wooden frame to remove the fines, and to inspect for any piece of wood that has not been fully converted to charoal. I use it again when I dump out the gasifier to replace or inspect the nozzle. (This is how the ash and slag are removed, too.)

Hi Tim, To answer your questions, first
of all realize that a 6 kwh generator rated on gasoline will produce
about 3 to 4 kwh on straight charcoal gas. This can be improved a
little if you use a fluid drip.
I
have an 7Kwh generator that is attached to a charcoal gasifier made
from a 16 gallon drum. It is 27 inches high and 14 inches in diameter.
When filled with charcoal it can keep this generator running for one
hour. By simply adding another 16 gallon drum on top as a hopper, the
run time will be extended to, and I am guessing here because I have not
done it yet, but I’d say 3 to 4 hours.
You
can use a bigger container as your charcoal drum, but for the size
generator you are planning on using, do not go any smaller.
Can
you start this gasifer without using electricity? Absolutely. The
other day I used a hand crank blower to start up the 7 kw generator. It
took 2.5 minutes from light off until the engine was pull started and
it only took one pull. This is from a dead cold system. Be forwarned,
it is not always that easy. Air leaks must be eliminated. I also have
hundreds of hours running this type of set up so experience really
helps.
Gary from Pa Where did you find your hand crank blower Gary?

Hi Anne, it came from ebay: http://www.ebay.com/itm/NEW-Blacksmith-Hand-Crank-Forge-Blower-BELLOW-BELLOWS-ANVIL-/171717581499?pt=LH_DefaultDomain_2&hash=item27fb2a5abb
Not cheap at $99.00 but kind of cheaply made. But it works.
Gary Thanks Gary, - it looks like it might be Chinese made so I think I’ll see if I can find a supplier in China who can sell one to me at a cheaper price.

Very cool Gary. you are right, experience will take you a long way once you actually have made some wood gas and ran an engine.

I’ve looked at those blowers, I take it you are using it to pull on your system… have you any idea how much vacuum you are making?

Old thread I am jumping into but I noticed the hand blower myself in one of the videos that Gary Gilmore posted.

I followed his links to Ebay.

Then I saw this.

Find many great new & used options and get the best deals for Blacksmith Forge Blower Hand Crank Manual Fan Like Old Champion Blowers at the best online prices at eBay! Free shipping for many products!

On the side of the blower is marked Rajkot.
I know this place, its a major centre for small engine production in India.
I am told there are 200 small foundries in the city.
Some of you heard of Listeroids made in India?
Most of these come from the Rajkot area.

Here is another I found on Alibaba. 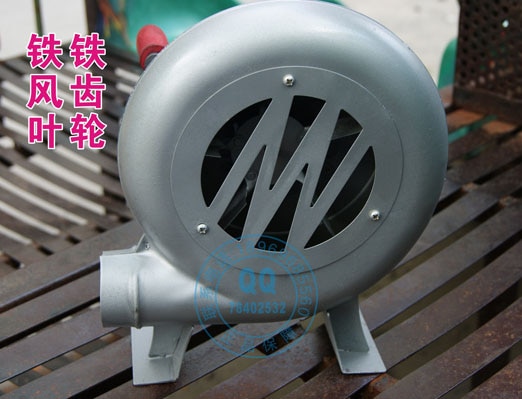 At one time I had plans for a two way bellows.