Hy guys
I came across this video on youtube. Has anyone got any more knowlidge of it?

I think its genious. If l knew about it 2 months ago l wuld make a cooler woodgas cooler this way 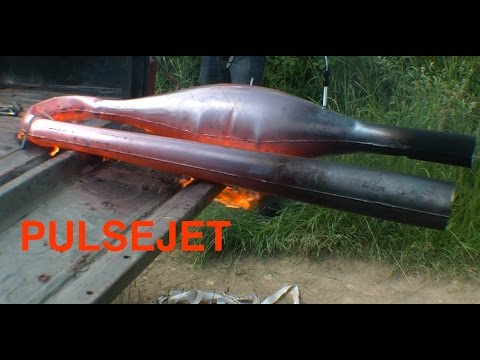 I doubt if this guy is as “simple” as he wants you to think. Notice the 180 degree bend in the pipe before hydroforming. I would have suspected that the hydrofroming would have tried to straighten the curve out — No it actually made curve tighter. Was that a lucky guess that in the end it was exactly 180 degrees? I think not.

Then there is the hydrofroming itself. He is connected with a rubber hose??? What kind of pressure do you have to have to cold inflate and form that jet??? I suspect that he is using high pressure hydraulic hose, and that “thing” it is coming out of is a VERY high pressure pump. Like in the range of 2-3,000 psi.

I have to say I enjoy his posts and find him crazy like a fox. TomC

Tom, he says he uses a high pressure car washer and water. Those produce about 700-1400psi easy. This amount of pressure has to do something to the metal.
Looks like he carefully calculated the bends.

Yeah Tom that is pretty cool the way it comes around and makes that 180! But all it takes to expand that thin sheet metal is a pressure Washer and pressure washer hose! Most of them will put out 2-3000 psi! Herb

This is one of the ways they heat “cow poop slurry” in a “Digester”! Depending on the size of heater they want they will take two identically sized16 or 18 gauge steel sheets and weld them together, blow them up like shown in vid!! I don’t know what they use for heat but in order for that slurry to create methane it needed to be diluted with water and heated to about 85-90 degrees!!
These tanks can be 2 or even 3 million gal underground concrete tanks, usually under the cow lot so the dairy farmer can push the poop right in the far end, add the right amount of water. As it moves though the digester it is heated and agitated, the methane bubbles up, collected with PVC pipe and piped to the biggest engine genset I have ever seen, this particular one I saw powered everything on that dairy farm plus I don’t remember how many homes around it!! Very impressive!!! Herb

Clearly there is a lot of potential in this.
I have got to try it someday.