It’s 330 air miles from CMX to GRR, which is the distance between Houghton county memorial Airport and Grand Rapids Airport. The only way to use a radio between those two points is by bouncing the signal off of the ionosphere and using a frequency below 19 MHz as of this writing. Yes Tom I have radio friends in Grand Rapids I talk to directly. The farthest contact I can remember making was somewhere in Argentina.
I mostly don’t use phone (voice). I use packet radio. Packet radio is an ancient form of bulletin board communication like the original Yahoo wood gas group was. In fact there is a whole section of the ip4 addressing dedicated to radio internet. I send packets on 145.010 MHz and these packets are ax.25 protocol which are stored on Terminal node controllers at the stations I connect to. I regularly send bulletin board messages to a friend in LaCrosse Wisconsin who uses this ancient email method. First I connect to a tower north of me whose packet station can connect with Grand Marais Minnesota, which connects with Duluth, and that connection is forwarded somewhere South into Wisconsin. I don’t know all the stations it connects to because it is incredibly slow. So I just leave messages. The baud rate is 1200 if you can even imagine how slow that is. When I first started I thought the radio was broken because an answer took so long to get back to me. Now I’m used to it and it’s very interesting to realize that there is a hidden network of communication that is free, it does not require me paying Verizon for anything and it is very robust.

I think that technology is about to get a boost with the new digital radios being developed now. With some infrastructure that technology could become a competitor to cell phones.

If you want to physically hear packet radio tune your boafeng to 144.39 MHz. This is the APRS frequency. Then search APRS.fi on Google and you will see the information the packets are sending. Google shows a real time map of location packets in your area. 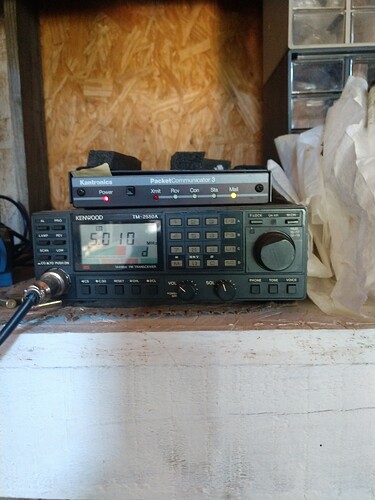 165973001136136135690436000444971500×2000 826 KB
Please do a bit more research about digital radios. The protocol is all proprietary, which is the same limiting factor as iphones or androids, att or Verizon.
But things can and do change. The best networking comes from the ham experimentation. The same excitement you are finding now may lead you to develop the next open source frequency hopping messaging protocol.
Again, any help you wish for with this, please ask. I am thrilled to assist. If you want your ham ticket and have a boafeng, the mere act of learning to program it will teach you enough to pass your technician’s test.
Whoops! Looks like I have mail!
1 Like
Matt (Matt Ryder) August 5, 2022, 8:20pm #45

Yeah Im trying to learn more about these here. I have not been able to quite wrap my brain around them and there is no clear explanation of what these things are and what they are capable of. This here is a smart digital radio.

And yup my brain has already written an Arduino program for a digital frequency hopping system.

I’m a licensed ham, but what about privacy? Every time you ID, you’re basically doxxing yourself. I got my license over 12 years ago and was excited about it for a while. The tests were easy, I took both technician and general and aced.

You can legally use a cell phone for business, but not ham. Not sure about GMRS. You can send digital packets but nothing encrypted. I like Tom’s analogy to smoke signals.

I think the ISM bands (i.e. Wifi, LoRa) have more promise because they are unlicensed and you can legally send encrypted packets over them. Maybe nobody cares about privacy now, but we likely will when these things matter.

i was always a bit jealous of the ham folks that new 100x more then I do. It is a nice firm base for other radio and electronic stuff which is why they set up the certs the way they did. I am diving off into RC autopilot stuff which includes a bunch of stuff that overlaps since it is radio, electronics, software, etc, but all the RC terminology and protocols are new to me and of course I could care less about actual RC as a hobby. It is all about a lawnmower…

I prefer communicating in text Bruce. Often I need to do multiple reviews of a subject before it sinks in and remembering what was spoken about can be a challenge for my calcified 75 year old brain.

Yep, Tom,
My lawyer hates me for always texting him…I always text him a confirmation about phone calls so I have a written record. He knows that and hates it.

DanH,
Ham radio is like the old party line phone system I grew up with. If you don’t want everyone to know what you are saying, then you can’t use it.
I should say that every time there has been a situation where ham radio would be useful, the governments forbade it’s use. WWI, WWII, and more recently Ukraine has forbidden it’s use during the present conflict.
The unregulated spectrum was monitored during OIF III, at least at FOB Abu Ghraib.
In 2018, we had the “Father’s Day Flood” that wiped out a large portion of the infrastructure here. It happened during “Field Day”. This is the nation wide time when hams take their equipment, and leave the shack and go practice emergency communications procedures in the field. Our local hams cancelled Field Day, and ran the repeaters batteries dead talking about how their freezers were warming up. I was disgusted. I realized the hypocrisy of the main justification that hams always use for keeping their spectrum, namely they are available during times of emergency.
So DanH, I am forced to agree with all your points. I wish it was different.
Here is what I enjoy doing. I like using an unmonitored (by the local busybodies) UHF repeater, or a simplex VHF frequency to talk to my family when we have trouble with the pump, or are towing something.
I also like sending data via packet (145.010 FM), or 2.4ghz.
I like to monitor pumps and gas equipment and smart meters transmitting on UHF. I monitor snowmobiles on green dot or blue dot.

One note about privacy, and the hypocrisy of ham privacy: Transmitting code is forbidden. CW or Morse Code is the oldest form of ham communication, yet the new ham is no longer required to learn CW (carrier wave) code. There are no machines that can reliably translate hand sent CW. So, two hams can send each other “fisted” code that is undecipherable by the majority of the world. Definitely, NOT transmitting out in the open. So, I don’t feel any regrets transmitting SSH to my remote Raspberry Pi via TCP/IP /ax.25 on a ham data VHF frequency. Technically, it’s the same thing, you decipher the ax.25 and discover it’s TCP/IP. This is more open then CW, because a machine CAN read the packets, but a man listening cannot.
The above paragraph demonstrates how convoluted the privacy issue is.
Here is another example. Most Terminal node controllers running packet radio have a secret code that is transmitted in the open, this code allows a remote operator to change settings on the TNC. 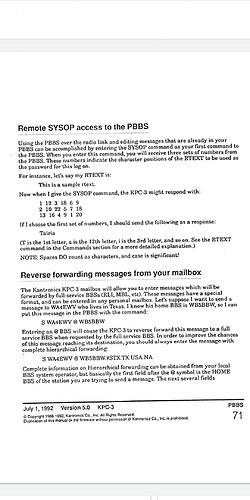 So I don’t get hung up on privacy, and I don’t worry about sending my location. I pay property taxes, any idiot with a smart phone and an app can find me. Isn’t this why we have the second amendment?

Have you ever wondered why lawyers always wear neck ties ?

To keep the foreskin out of their face .

Came upon this site. Matt posted an amazon link to the BTECH radio. This guy reviews it. A lot of other reviews. 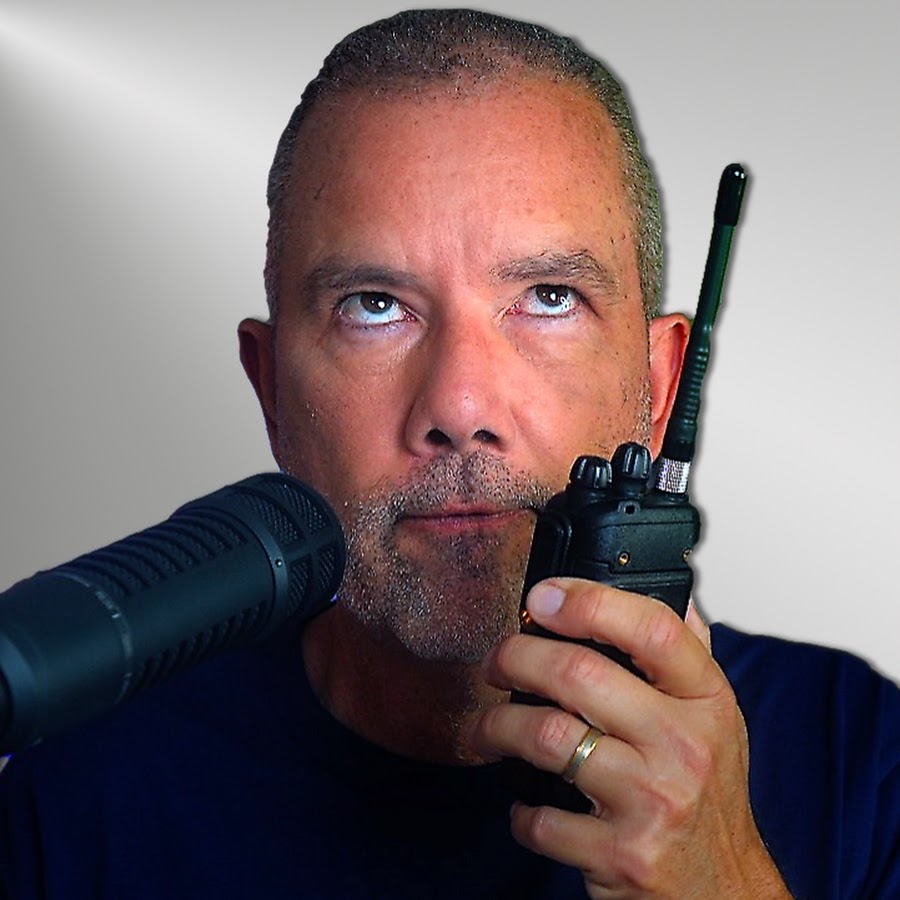 I have made a few videos of off-roading and other outdoor-fun and adventures but lately I like to share information about GMRS, FRS, MURS and other forms of radio communication. My channel is not a soapbox for stupidity or misinformation so comments...

Wow that is a first for youtube! Usually they only get moderated if you say something that corrects the information in the video.

It makes me want to post something stupid to see if it is true.

Great Info link you’ve put up, TomH.
Thank you very much for this.
Steve Unruh

I took one look and went “oh shi… I need a few weekends to dive down this rabbit hole!” Talk about dedication to the information overload

I watch a lot of you-tube on my TV SteveU. I guess google somehow knows we have been discussing it here and stuck the video on my “new to you” thing they use to decide what I want to watch. Kind of scary because I didn’t not search for any information about this on the web.

The AI is real, I went to tractor supply last night for the first time in almost a year. This morning? Several ads for tractor supply on YouTube. Had not seen one in months. The world we live in, I just went through this with my dad who recently got a smart phone and asked why he kept seeing adds pertaining to anything he searched for. Boy was he livid when I explained how AI works, he shut the phone off. Told him don’t matter, its still listening. He went back to a flip phone, but still has a tablet that does the same thing that frustrates him

I hope he doesn’t drive a newer car or truck. AI is everywhere. Listening.
Bob

2002 f350 diesel or 96 Toyota Tacoma. His wife has a 2018 explorer and that’s a whole different deal, gps, on call, computer screens all that jazz. Cant wait for the new cars to start getting shut off cause your social credit score isn’t good enough

I bought my baofang about the time I started paying attention to what’s going on beyond our borders, excuse my strong distaste towards the new world order ill take my tinfoil hat off now