I made a short video of testing grounded and ungrounded thermocouples in an engine environment using a cheap meter with its own battery.
I sent it to Al for comment, and I guess he’s okay with it, so I offer it here: 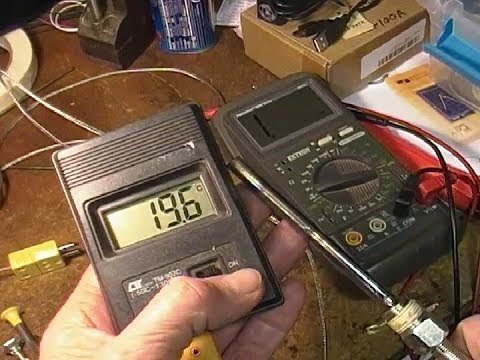 This thing even works well with the thermocouple INSIDE an induction heater’s work coil!.

There is some confusion about these. The problem isn’t with meters that are powered with there own source(batteries), it is when you try to use 12v supplied from the vehicle, where the meter is sharing the ground. That is when you have to use non grounded thermocouplers.

Pete,
First of all, what Al said!!
Second, Carl’s second video he posted on @TomC 's thread explains and demonstrates the phenomenon.
Yours works great, because your hand-held meter has a power supply (self-contained battery) that is isolated from the vehicle chassis and the vehicle’s power supply (12vdc auto battery). The battery and air are isolating the inputs of the meter from any part of the vehicle electrical system. The teeny-tiny voltage produced by the K-type thermocouple is not shorted to the meter’s power supply through the steel of the vehicle acting as a conductor. Think of the thermocouple as a tiny, wimpy battery that must not be loaded down with anything at all. The input resistance of the meter must be very high not to load down that tiny battery which is the thermocouple. Now, use an inexpensive dash mount, vehicle-powered meter that does not have a DC/DC converter built in to isolate the meter inputs, and you have just connected the thermocouple to the chassis through the meter itself powered by the vehicle’s DC supply. Tiny voltage gone.