Has anyone here charcoaled wood chips

I have found an unending supply of wood chips and have materials onsite to build a one ton charcoal retort that could be fired with chips.
Garry

The guy I know who has done this was doing this for biochar, not wood gas -> 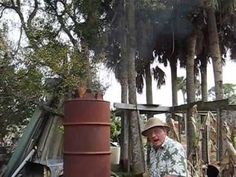 Mar 31, 2012 - The Biochar Kiln is a top-lit updraft (TLUD) design. The biochar process described is scalable for small acreage farms. The set up of four kilns is capable o...

But small production compared to what you are looking for.

Thanks Mart, I had not thought to look under biochar. That is a pretty simple way for a fair amount of production. I had been concerned that most of the smaller pieces would be totally consumed but it looked great.
Garry

All power labs have a heap of info about making biochar.

Thanks Gary, I’ll check them out!
Garry