I figured as the old unit was out rusting it was time to bring it in and fix it up a bit… new bottom end installed… just gotta make a new filter and cooler and it’ll be a go. Hey Arv,
Good to see ya gettin some use out of it…
How is the inner hopper holding up?
All that sitting probably hasn’t done it any good.
Video man, gimme some video

inner hopper is fine… I’ll post up some stuff for ya as soon as i put some fire in it. well, not being the waiting kind I broke up some char and put some fire in the ol girl. I did get a nice blue /purple flare outta her. ofcourse, not actually having a lid being held down (using the shop vac to push instead of the usual pull) made for a lot of smoke leaking and I didn’t really want to find out how flamable it was so I called that quits as it was getting rather close to the open flame.

I did try pulling on it as well, but not having a cooler in the works is hard on the shop vac’s plastic hose… when the flame started migrating down the swirl burner I figured air was getting in where it wasn’t supposed to be so i shut it down… no big booms or anything… the hose was kinda melted though…

made me smile just the same. Yep. Cute little feller.
R2DeeThree?
Nahno? Nahno?
Hmmm. This this does NOT eat cats too does it? ALF is back!

settling tank for testing… gas in at the bottom, defuser plate about a quarter the way up, thin layer of fiberglass insulation… and out… hopefully my shop vac plastic hose won’t melt this time… only time will tell… just have to find a 1 1/2" cap to seal it up… I hate not being able to find parts I know I have around. Slowly but surely… getting the lid sorted out. Was playing a bit today. It was only about 23 F so I figured i’d pull this outside and make some fire. 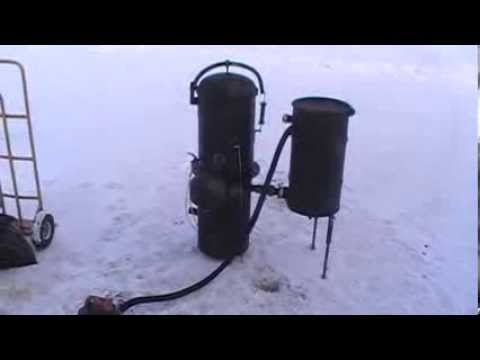 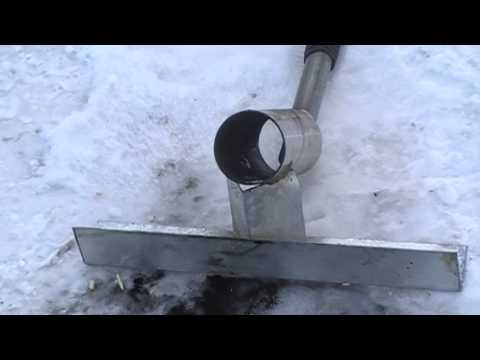 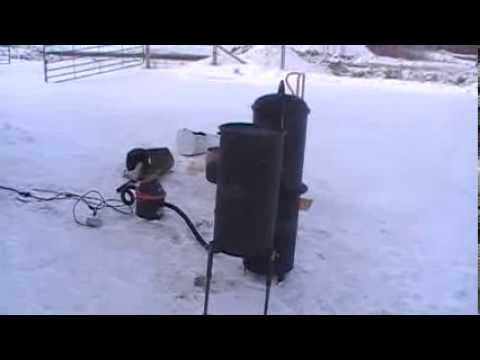 I had to change out the way the settling tank/cooler hooked up to the gasser as it was way too leaky… seems to work ok now, though I doubt it would cool enough come summer.

Thanks for the videos Arvid. Remember last fall when we thought 23 degrees was c o l d? Now we think it is fairly nice!

Howdy Arv,
Lookin real good,
Save the flares for the wanna be’s!
Get your filter sorted and get a loaded engine on it.
I wanna hear of ya burnin some metal… (filter)
There’s your motivational chat

this was more about checking to see how tight my welds were… though, I did water check most of them.

i keep looking at the cooler and filter we already have and think… Hmmmm… I wonder how heavy that gasser is, and can I take it off that trailer myself?

so i takes out the tape measure… dang… 1/4 difference in outlet height… not that that would matter… as there is some flex tube there… Hmmmm, me and my son may have some fun on the weekend.

So, I changed my ejector to use a 1/8 nozzle and an air compressore… low and behold 15 seconds after lighting it, adding fuel, and closing the lid it flares… yeah team… main body is from Stephen Abaddess idea… the swirl burner is stolen from GEK. stays lit even with the valve open fully… and does it ever pull… I need to make some vacuum gages to see how much but goin by the draw at the air inlet I’d say it’s close to what my small shop vac does running full out. 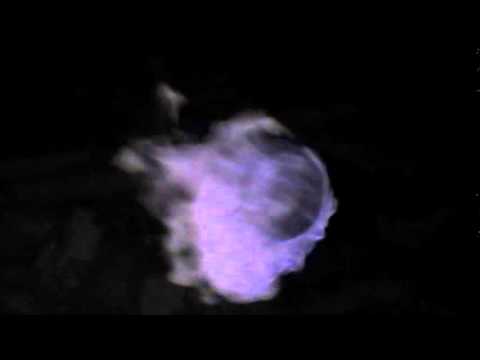 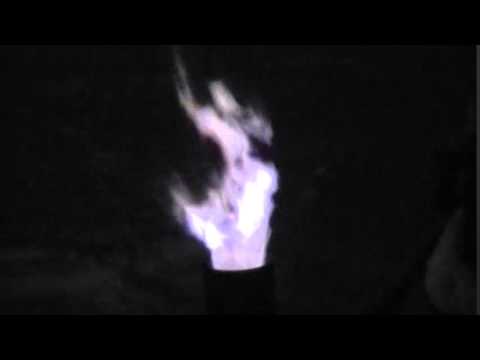