a hooper or a hopper ?

Howewer, Non stop operation might bring problems with makeing the charbed too tight.

Ok very easy. go get yourself a small engine starter just the round body type. Some have mounting systems cast into them stay away from those. Get a 1/2" shaft couple and weld or mount something to it to off balance its center. Tear off the drive gear off of the starter and mount this to its shaft. The body of these motors are generally 3" so get some 3" U bolt clamps and use those to clamp the motor to a plate that you can then attach to your hopper.

Thanks for the advice

Hi Gregg,
On the Forum page in the upper left side under Drive On Wood is an “all categories” box. Click on the box, then click on
Small engines, then click on " My first small engine run".
Here I have many detailed pics on just about everything I built. First timers might find some of the answers on “how to” there. Hopper vibrator can be found on entry 111 and 410. Below is the only missing pic of the off center weight welded to a pulley on the motor. One of my videos shows a short burst run.
This vibrator’s support arms were too long, so I later shortened them.
Hope this helps.
Pepe 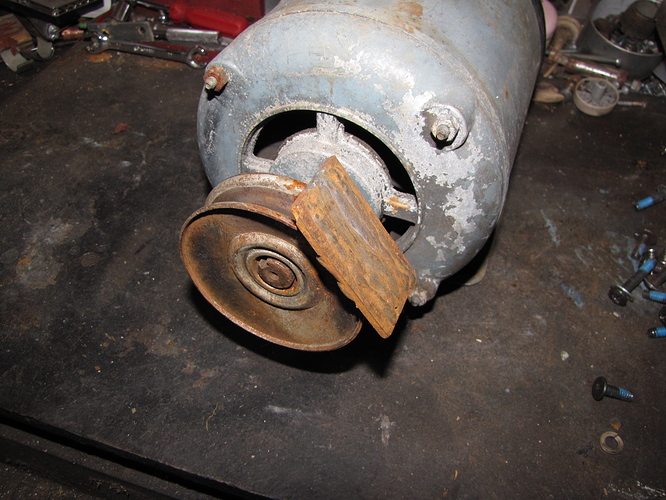 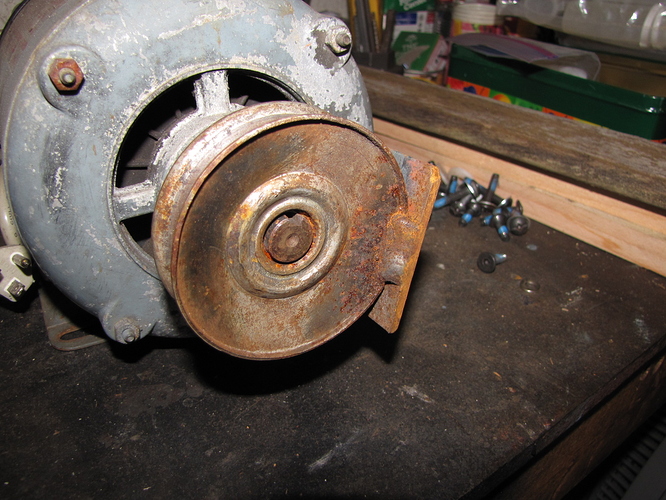 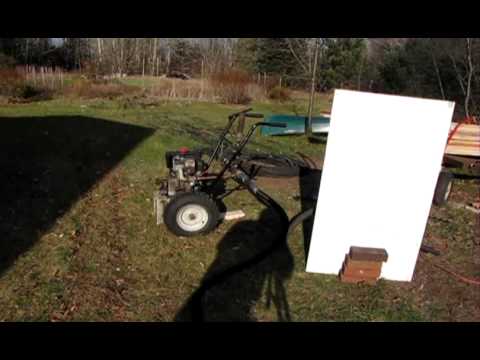 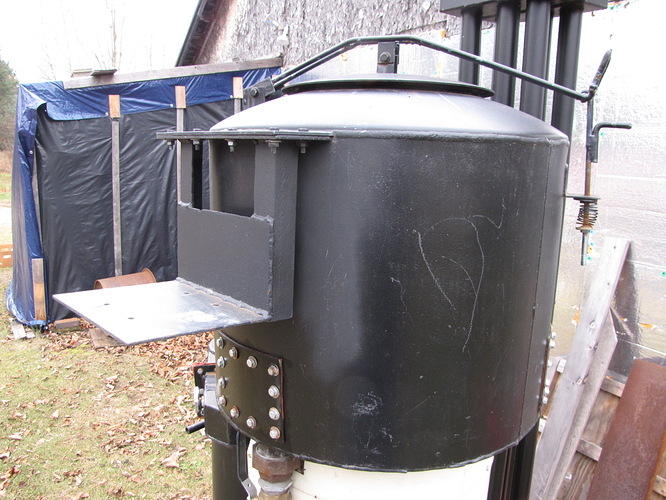 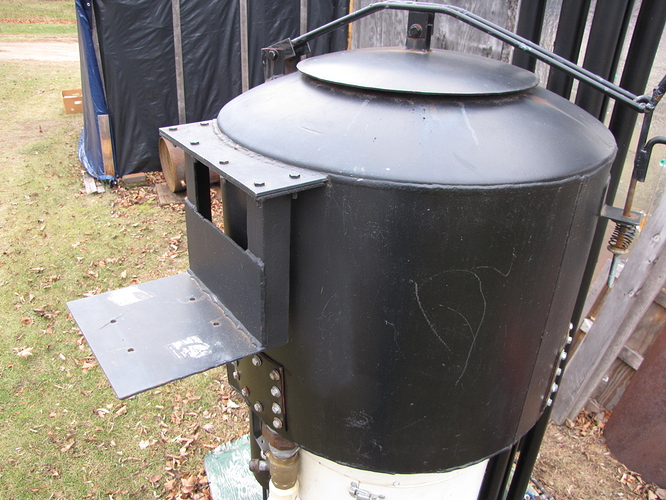 thanks for your help

There is also Syntron for an electromagnetic vibrator. I’ve got another brand on a hopper that was feeding a stoker with corn cob. I can check for that brand if you want. If you have compressed air - there are pneumatic vibrators - both hammer type and with a rolling element. My rolling element type were a large ball that ran in a loop. The impulse used less air and were better for fine material. The rolling element had a lower frequency but higher amplitude which worked better for larger material. There are also air pads (Evasser) that use compressed air to loosen material.