How i test the power

Many times the question arises, “how much power can i get out of a gasifier setup ?”

So i test with following equipment: 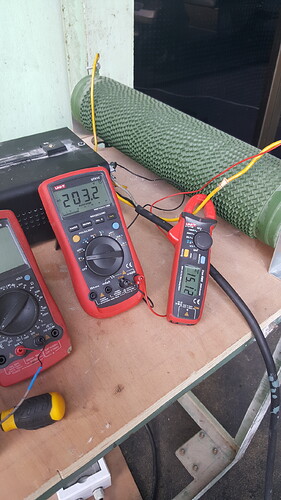 Watching the voltage drop and the RPM / Hz from your generator

Once with benzine or other fuels, then with gasifier and… and… and… 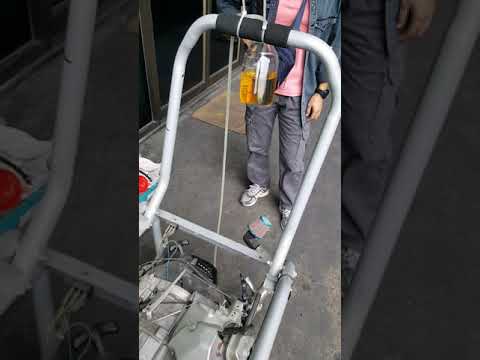 You will notice that even on standard setting with carb, your real power output never even nears the stated / rated value…

I will soon do same testing with this gen set again, with gasifier that is and with gasoline.
In the clip it was a test with plastic gasoline

It amazes me how the small home appliances I guess you would call them manufacturer get away with misleading rating on small engines. There was a big deal made a few years back now about how outrageous the claims are on lawnmowers. I have a JD riding mower from the 90s rated at more hp then the farmall H tractor I have here which is demonstrably false.
Anyway nice to see you baseline the equipment with the same test setup so you truly know before and after. That is probably one of the biggest mistakes I have seen design engineers make when approaching a problem they know they don’t like what is there but they forget to take baseline measurements and you can’t tell how much of an improvement they really made.

Gasoline from plastics! My procedure is to have various loads such as oil filled electric heaters, heat lamps, and regular lights in series with watt meters like Kill-a-Watts to measure the power output. Once the system is warmed up, I add more and more power until the engine lugs down or actually quits. The watt meters show the power output. (Might need more than one watt meter.)
If I understand your scheme, you have a high-powered fixed resistor (looks like nichrome wire}, and a solid-state relay that is acting like a light dimmer to control the voltage and thus current into that resistor. The voltmeter measures the voltage and the clamp-on ammeter measures the current. Multiplying current times voltage gives you the power in watts.
Is my interpretation correct? I guess I need to find out more about the solid state relay (SSR).

Hi Ray, yes you’r correct.
I add load untill the rpm/hz drops under a certain number.
some simple adjustments on original carbs/governers do wonders as well.
then afterwards i compare the same numbers with gasifier fuel…
Fun to play around with stuff…