(i could not stop laffing while i wrote this lol =) )

Most efficient way to get pure tar is muild a wood distilator aka charcoal kiln and itercept the gases. But simpler is to make a updraft gasifier.

But simpler is to make a updraft gasifier.

Or perhaps a Makunda style open top down draft with damp fuel?..

But more seriously, any system that avoids tar cracking temperatures, and a stable char bed that the gases pass through will be good at producing tar.

Pine stumps were used for making tar in Scandinavia, but I’m not sure with what process. Probably as Kristijan suggests, like a charcoal kiln.

Bark beetles of all sorts seem to be a common disaster anywhere you look. Emerald ash borer has just made it here. It is 100% death of all ash trees. I saw the majestic predominant elm forest go in the 90s. They say business brought in other pest beetles on pallet wood that attack oak. We’ll have nothing left but willows and boxelder, poplar.

The other issue like you see is climate change. Poor trees are trying to live beyond their climate zones now, and are sick. The beetles aren’t the cause of mortality, just a clean up party.

Well you need some locus trees they are bug proof even about 20 years after they are cut down and planted for fence posts the bugs still refuse to eat them. Ofcourse your neighbors will hate you for burning them because they do stink.

I’m sure as climate change accelerates that stuff may thrive here. I already have some sizeable black walnut, growing near 1,000km north of where they could before…

My forester told me not to try and plant black walnut he is in favor of trying to hold onto the native species. I was looking to grow better furniture wood.
Anyway on topic @k_vanlooken posted some information about collecting wood vinegar from making charcoal which might be along the lines someone looking for tar is looking for. The posts I am thinking about where probably about a year ago with a fancy piping system which would distill out different grades at different temps as smoke cooled. But I have no idea what to search for to find it just remember how cool it looked.

I am a little disappointed @taitgarry00 for not posting this great video he found, for a system which makes tar among other things.

I have to say that looks like a really complex way to boil water to make a glass of tea. Or maybe I am just missing something not being able to read whatever language that is that i don’t even recognize the characters for. I am guessing the video is from india.

Thailand or Laos, that would be my guess.

The main objective of the system is to make charcoal, but the setup allows full utilization and potential distillation.

Actually, I can’t take credit for originally posting the vid on DOW, I think it was Andrew. I really admire the system though…

Check out this simple tar maker. 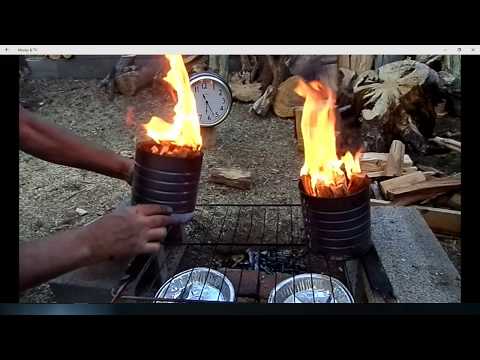 Actually, I can’t take credit for originally posting the vid on DOW, I think it was Andrew. I really admire the system though…

I have seen other systems that are fairly similar, but they aren’t as complete as this video for demonstrating a simple, complete working system.

Comes from the topic : Making charcoal… the way i would love to do it: