If dogs could talk

Always there is wonder in their eyes as they watch me go about my business and never are they far behind.
And always with their own agenda.
Why they do the things they do?
Just now as I type…

Wriggly has a perfectly good dog bed not six feet from him in this photo.
But he consistently likes to get under the drape like this.
Does he think he is hiding?
Does he feel pretty?
I wish he could talk…

I think they do things just like us, except they are lacking the other half kilo of brain cells to talk about it. Dogs are better humans than we are as humans.

I have a theory. When homo sapiens radiated out of Africa, it was with dogs. Dogs guarded our camps, and gave us a huge advantage over the better Neanderthals, Denisovans, etc, who had faced glaciers full on. But the light built Africans with packs of dogs beat all comers.

Now the Neanderthal genome only resides in us around 2%, and native americans and Philippinos have a larger component of Denisoven DNA. While dogs lay at our feet.

I don’t think it’s overstating to say that we would not be here without dogs.

Dogs are better humans than we are as humans.

I read this the other day that dogs have evolved extra muscles around their eyes so they can move their eyebrows and have more emotive ( and cute ) faces.
We respond to this and treat them like our babies… 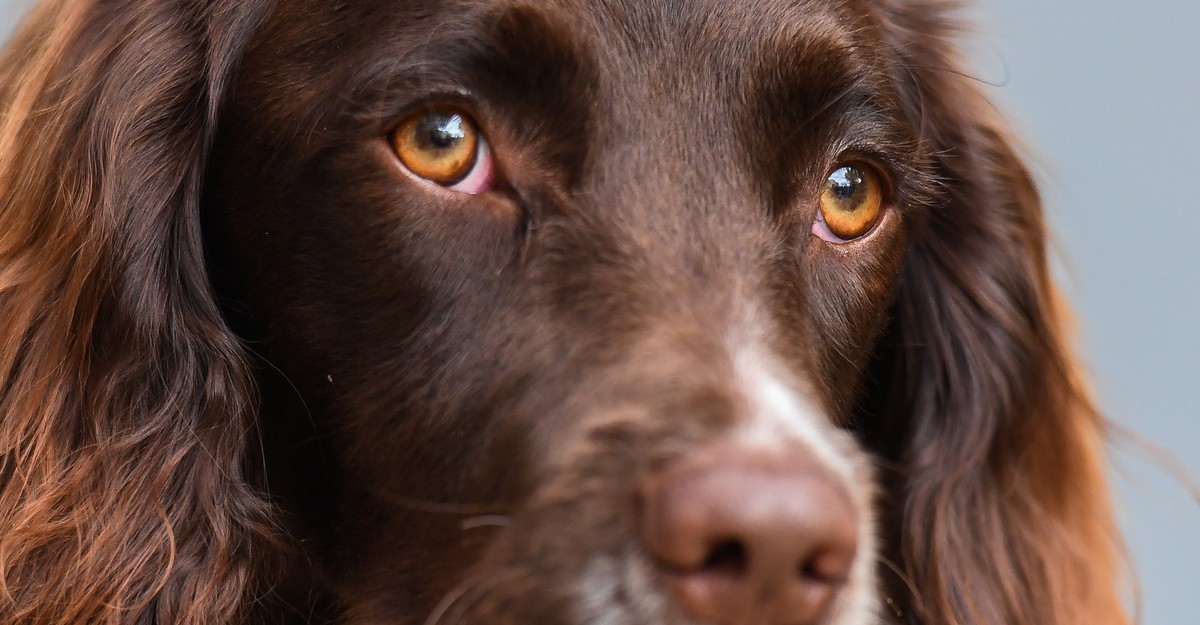 Dogs’ Eyes Have Changed Since Humans Befriended Them

Two specialized muscles give them a range of expression that wolves’ eyes lack.

This post was flagged by the community and is temporarily hidden.

Mr Moderator:
Could you please clarify something for me?
The previous post in this thread shows on my computer as " flagged by community ".
I can see the post of I click on but I am not quite sure that this means and why it should be flagged.
Is this something I did by accident?

The answer to my question is probably posted someplace but I think its just easier to ask for guidance on this.

I also see it as flagged. I see nothing wrong with the content, so. My guess is somebody accidently hit the flag button. On these touch screen devices, its so easy to touch something you dont intend.