Ben Peterson did a couple videos with Steve. Worth watching!

Achhh! How embarrassing.
That ain’t my real voice. I hear myself as much more manly, deeper.
Fortunately friend Ben edited out my really radical views stuff.

Thanks for putting this up friend Chris.
All stuff you’all hear from me if I was able to do Argo’s.
You all have fun, a good get-to-gather and play nice with each other.

That is you alright Steve. Very good interview! I enjoyed them both.

Very good! Inspiring and humbling at the same time. I can relate to 80%. I used to make fixtures, jigs, safety devices, etc at a wood products mill. I’d find more than a few out in the snowbank under the eaves.

Thanks for this interview Steve. You are the reason I stuck to wood gas. I appreciate all your input. Learning wood gas for me was like a different language. Hearing it labeled as stored solar energy and our gasifier is a refinery, put things in perspective for me a couple of years ago.

Thanks for the interview .

Sure wish you could make Argos , we would set up all night to listen to you .

Well Steve I spent the bandwidth and watched the videos at home. What a great chat. I know our own little side chats have helped me hone in on what I’m looking for in this Woodgas world. So nice to put a face and voice to the person.
Best regards David Baillie

I wish my voice was half as good as SteveU’s.

Great video. Thanks for posting.

Hi Steve, I know you have (had) an aversion to publicity so just want to give you a big THANK YOU for sitting down and allowing Ben record this conversation and post it. I do have to question some of your integreity though. If memory serves me correctly, you often posted about the rain, fog, and general dampness of the PNW. How come there is nothing but blue sky and sunshine in the video then? (Hey, just jerking your wood gas leg so don’t bother with a reply

)
Gary in PA running on charcoal

Yeah.Yeah. GaryG. Downright embarrassing that background “blue-sky” alright. Edited out was my moaning about my “ain’t no sense in PV investing” image being busted.
2nd of three days of unseasonal above 85F.
Evne with clouds been no actual rain here for ~15+ days now. The 100 replacement DF trees put in this spring for the % of last years 2000 put that did not make are hurting bad for rain.
THis morning the cloud line is down to 1500 feet but still refusing to rain.
I’ve been 1800 feet bucketing up water for the last 7 days to try and keep the poor babies alive. 'Aught to have made it rain right here, teasing the rain-gods. Mowed a bunch yesterday. Got clouds today. Suppose I’ll have to go out washing the vehicles to get it to finally cut loose.

I agreed to do this interview if only since it was done on my home-base property that this time I could let out all of my ethics of woodgasing viewpoints.
I am as some Friday-Chat-Night folks know pretty adamant about who woodgas is appropriate for.
Ha! Ha! A lot of that got edited out for a reasonable length to view presentation I am sure.
Phone talked to folks know well, I can drone, on, and on, and on . . . . 'till you hang-up.

I’m really glad you did it. I’m really glad Chris posted. This will be a turning point in your life. I’m convinsed we can now look forward to lot’s of selfies from Washington State.

I love moaning image. Wife hates it. I don’t know why. As long as it’s about weather, age or anything else that anyone experience i think it’s funny.

After a very cold April we have had a couple of really nice days. Warm and sunny. Everything growing exploded. Yesterday morning we where back to abnormal. Snow on the ground with flowers in the plumtrees. 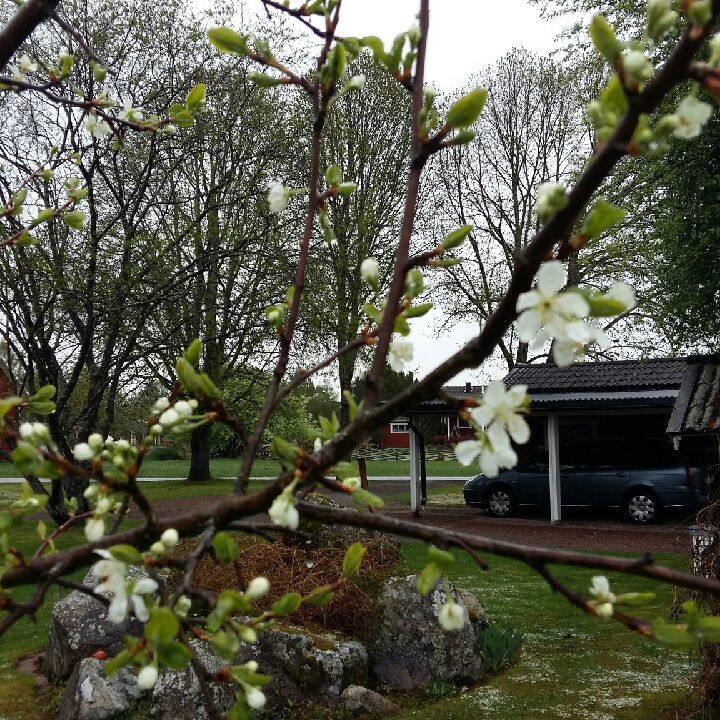 Hi Steve,
I finally got to meet you, sort of. You have a good speaking voice and it was an easy listen. Thanks for posting and thanks for your comments through the years.
Pepe

Yes Steve thank you for the interview. Ben is not alone trying to absorb as much as your knowledge as possible. I think I speak for many when I say I look forward to as much as your willing to share. I have to watch the videos again. I was having a hard time hearing with the scream-a-matic charging my batteries in the background.

Excellent videos. And yes Steve you sound like that…

Keep on keeping on my friend. Look forward to seeing you on the hangout when you have time.

Great interveiw Steve,
I hope to someday get to meet you in person.
Its people like you and Mr.Keith, and all the others thar are using this antiquated
technology everyday, that give me the inspiration to go out and TRY to accomplish something. Anything to make a better life for my children and myself
Jesse

Ha! Ha! Good joke on me Jim about my whisper-a-matic NOT putt-putting along in the background of this interview.
See . . for a time I tried to convince my friend BenP back in ~2012 that we should be trying the new-then variable speed factory engine inverter-generator units. He felt the users were still wanting to use their already owned 3600 RPM scream-a-matic sets.
Well I have now moved onto daily use of these much quieter inverter-generator units now.
I insisted as a cost of interviewing me that he come to my homeplace, listen, and hear for himself.
Well after hundreds of hours and 40-50 starting-up’s with no problems . . . sure enough . . . first pull when Ben was watching, a problem!!
Ha! Started right up alright. And running I was left with 2 feet of pull rope hanging out that would not go back, retract back in. Jiggling did not help. Vibration self-freeing on a running engine is a recipe for breakage. Had to shut it down.
His comment; “Yes. Always something fouling on a demo with everyone watching, remember?!”
Grabbed my already known needed set aside three tools; pulled it down two layers, and freed up the the pull rope wedged between the nylon rope pulley and the starter cover housing. My fault. Letting it in too fast, and slack-looping.
We chatted personal stuff the whole whole 30-40 minutes with me restoring before I would sit still in front of the camera.
The camera then was stand sitting on top of my inverter-generator. Not running (ain’t THAT quiet) to get the interview moving forward before dark.
Why sometimes I was glaring downward at my “failure to launch”.
Why it was getting darkish finishing up the camera session.
Ha! Then I did have BenP listen to it run humming along in the background for the rest of the evening catching up the freezers refrigerating-down for power off 10:00 PM to 10:00 AM.

It was me, and VGW Vancouver shop John-John always the best at making the demo/shows go on, regardless. Using the opp’es as entertainments.

Actually Steve the scream -a-matic I was referring to was screaming away in front of my garage chilling my fridge, charging batteries, and making hot water both with electric and engine exuaste . Part of my summer off grid learn what I can, get ready for what could be . No problem here burning a gallon a day. Challenge to get by with two. Hard to come by a wisper-a-matic in the scrap.

Wonderful for me to hear this JimLaP
A DOer actually DOing for Real, before he may have to do-it for REAL, REAL and then for a r-e-a-l l-o-n-g time.
To keep my new Yamaha open frame 2800 down to just one gallon gasoline a day on 80F+ days for a 12 hour coverage for the big chest freezers I am now going with a 1 1/2 hours generating. Two hours off. Then 1 1/2 hours generating again for that 12 hours of daily coverage 10:00 AM to 10:00 PM
Makes for four times of generating of six hours total run time in that 12 hours.
This unit at these loading will do that 6 hours on one gallon.
Cooler days I can just leave running for the 12 hours.
This little 171cc is running at a governed 2820-60 RPM so sound is halfway between a 3600 RPM Yamaha standard unit scream, and the plastic suitcase 2000 units whisper.

Woodgas fueled I’d have to just leave it running continuously for the gasifier draw/heating.
So would go with a 16 hours daily running cycle then.
This will be costing me a solid 44 pound of fuel wood chunks a day.
Doable when/if I really have’ta.

Excellent interview SteveU, I have always enjoyed our conversations, your hard work has been a blessing to many!