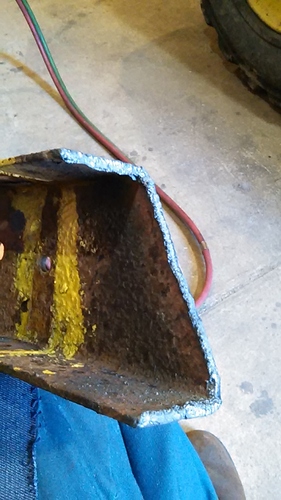 And with time I’ll get better at it. The propane nozzle works nice. Not much of any sparks and no trash on the floor. Must really burn the metal. 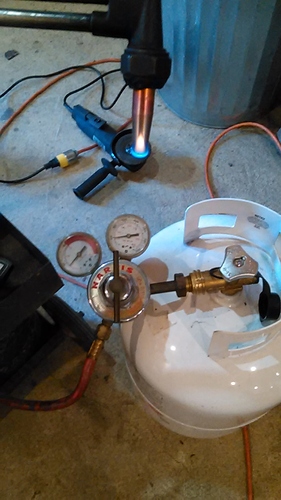 A plasma would be nice but I don’t heat the shop and can get a lot of condensation and I would hate to have uncoated PC boards in that environment. Plus the torch has it’s strength to… 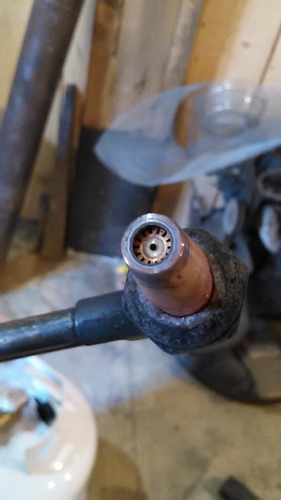 More updates to the torch at a later time. My next investment is a portable band saw but I’ll leave that for later.

It’s been a long time ago that I used propane in a torch. As I remember though, it was much harder for me to get a nice neat cut. I could at that time make an almost machine smooth cut with acetylene but blubbery with propane. It seemed like the heat spread wider (Less focused) with propane.

Oddly I’m able to cut as well or better than with acet. Maybe the new nozzle. This 000 makes a narrow slit. It took a few chops to get the feel and I need more practice.

I have used propane for 40+ yrs. ran a 4 head pattern torch on liquid oxy. and propane cut smooth as glass even on 3’’ thick plate. The most important things are to preheat(especially thicker stuff), and to match tip size to work.

Hi Jeff
I have used propane on my torch’s for years, I think I bought my first torch in 1973 and I used propane every sense.

Hi Jim, I’m a slow learner. Bought my torches in 1981 and just got the propane bug. Now I need a bigger cart…

I started using propane at the junk yard six eight years ago. I still have a little acetylene I keep for my low pressure torch bot don’t use it much.

Yes that is a little problem, all these years I never made cart for mine, they just set by the garage door with a 50’ hose when I needed to use them some were else I just take the gauges off and though them in the back of the pickup.

ps the only deference I see with propane it takes longer to heat on thicker metal.
and one bottle of gas will last a life time.

Seems like I am the only one who had a hard time with propane. I guess I better go back and try it again. (o>8)

I have been using propane scene about 1974 . I spent about 5 years with a full time welding business .

One can pick up a propane bottle at your convenient stores or quick marts .

I have been told that acetylene will heat the metal just a little quicker than propane but I can’t tell much difference .