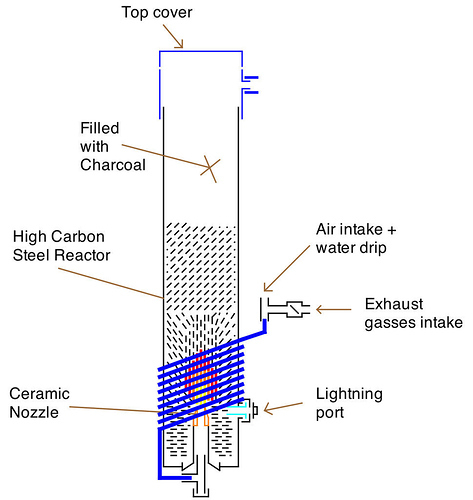 When I look at this design ( not of the simple fire but of K’s ) I am curious why he can leave an opening in the bottom of the device allowing air in ( plus steam ) ? Does this not give an chance of explosion with the inrush of air from the bottom?

Always curious about the what and why of the design.

That’s the tuyere for the gasifier, where air enters the system, into the “fire”, where the oxygen is consumed to make CO2, which is then reduced to CO. There’s no free oxygen beyond the initial fire zone so there’s no risk of explosion.