Life in the burbs

It has been a bitterly cold winter and the snow has not yet released its grip on the north land.
But people are coming out and starting to do the summer stuff.
I like looking in the Garage doors to see what people have been up too all winter.

For your consideration I post this photo.
A man from Vietnam building a submarine.
Took me a long time to get a straight answer on what the huge tanks were for.

I could not make this up… 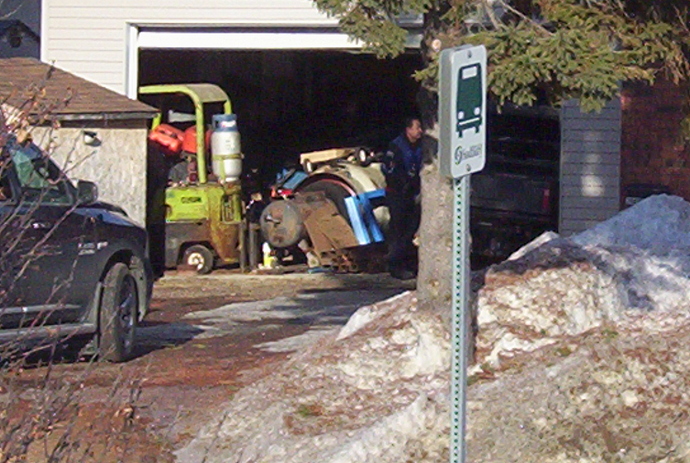 fun fact the confederates built the first submarine to sink a ship in war… however that doesn’t mean it was a good submarine.

Wasn’t the first sub used to sink a British navy ship in the revolution? They never made it back from the mission though…

The Monitor, designed by Ericsson in the civil war eventually became an unintended sub…

A lot of people have died in experimental submarines

Ya, I hope Ivan is careful too.
You would be amazed whats in there a G Wagen, lathe, welders and heavy fabrication equipment large vehicle hoist.
I have no idea what he does for a living.

Very cool about the civil war example, I wasn’t aware of it.

Turtle (also called American Turtle) was the world's first submersible vessel with a documented record of use in combat. It was built in 1775 by American David Bushnell as a means of attaching explosive charges to ships in a harbor, for use against Royal Navy vessels occupying American harbors during the American Revolutionary War. Connecticut Governor Jonathan Trumbull recommended the invention to George Washington, who provided funds and support for the development and testing of the machine.