Hey guys, what do you guys think of this deal? I don’t know much about Dakotas, anything I need to ask/ know about?
I put a wanted add out on Craigslist for a Dodge Dakota, and I received a reply about a truck for sale with the following specs:

These specs are derived from what they said about the truck when I called them and asked a list of questions.

~1999
~V8 (318)
~4x4
~Its a “Sport” model (that means?)
~Extended cab
~8ft bed (this surprised me, she thought it was a short bed, then she asked him and he said it was an 8ft bed. I’ll have too check on that. I would much rather have an 8ft bed so that once the gasifier is in I’m still left with a usable sized bed.
~Automatic trans
~Good tires (don’t know how much tread that means)
~Hardly any rust (I’ll know more about this when I get pictures)
~Red color (almost the last color i would chose, but color is the last thing im gonna complain about)
~Does have a distributor (he said)
~Little or no dents
~Heat/air, glass etc. are all good
~They would like $1000 for it, and it is located about 50 miles away in a town that we go too about once a week.
~Miles are unknown,
~It has been sitting outside for two years, and wasn’t driven much during that time. they thought that the battery would be dead. (need jumped)

What I am primary wondering about is the OBD2 associated issues. I am one of those people who would rather pick up a wrench than a multi-meter, so I would rather keep the computer stuff dumb and self fixable.

how much changed between '95 and '99? can I just rotate the distributor with a cable too advance the time, or do I need to “flash” the computer? (whatever that means) can I swap '95 or '98 sensors and computers out with this '99 and avoid all these problems? Any other pros and cons to OBD2 besides the timing issues??
If the OBD2 stuff doesn’t pose a large issue, than I will probably follow up on this deal and get some pictures and/or go look at it, as well as check on the 8ft bed, miles, and cosmetic condition.

Let me do some checking and get back with you tomorrow.

Wow! what a quick reply! My thanks for being willing to check on that timing question tomorrow!

I think Chris said about the same thing on '91 and 8 foot beds. I saw a 93 for sale that had a eight foot bed on it, but that could have been mislabeled on the ad.

Do you find that the 6 foot beds are hard to use once gasified, due to how much bed is left? We live on a working farm here, So I’ll want to have a vehicle that I can still use like a lighter duty pickup.

I don’t suppose there would be much difference between your 360 and a 318 of the same year as far as computers and timing go. Looking forward to your results!!

If the truck is extended cab it will not have an 8ft box, only ft box I’ve seen are on reg cab models. It is most certainly a 6ft box.

I dont see any issues with this, but wait for Waynes response.

No lights came on and no codes. 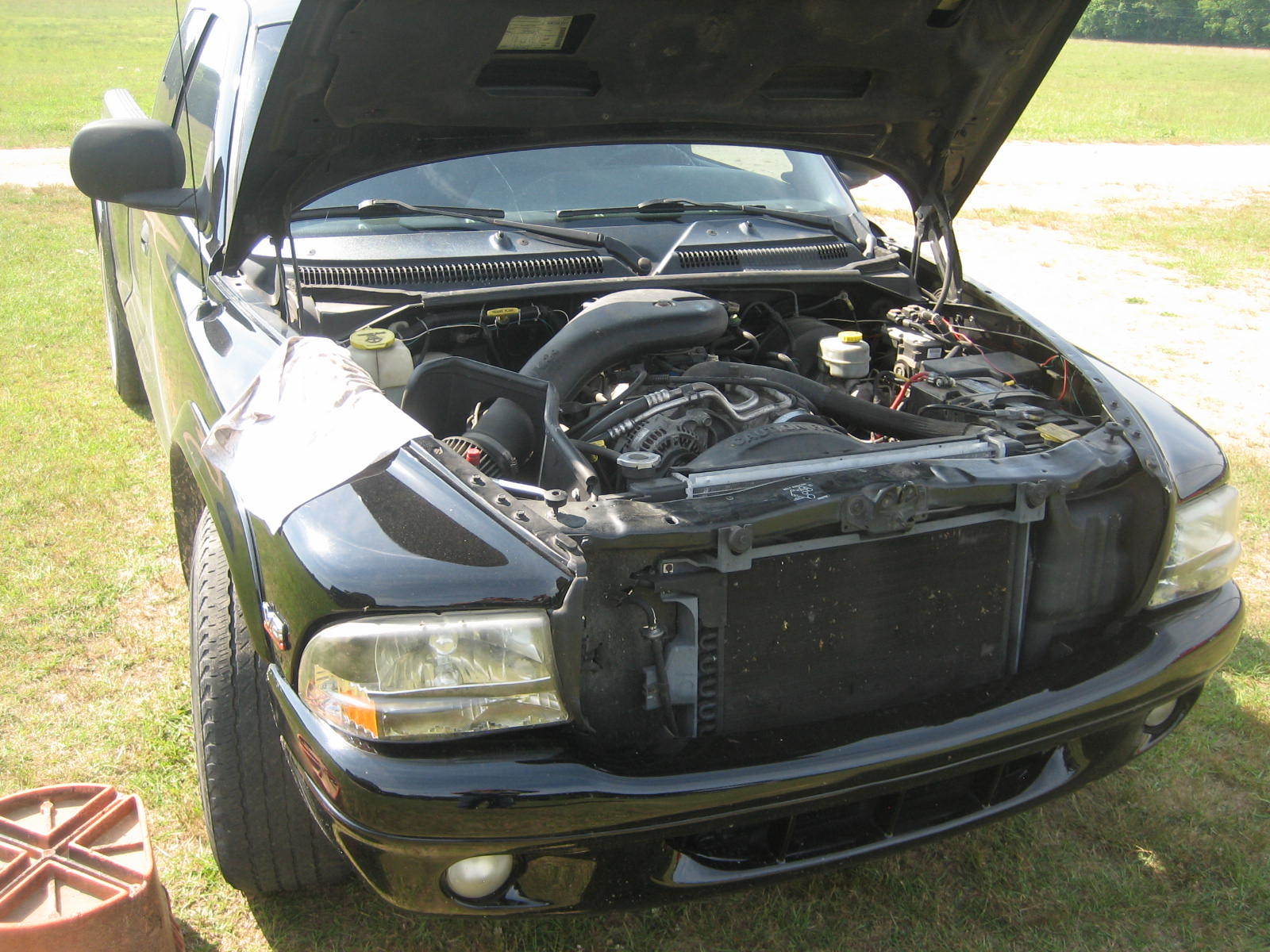 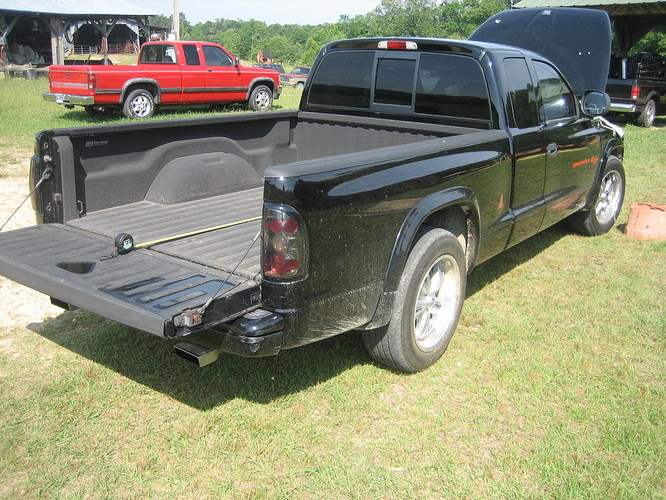 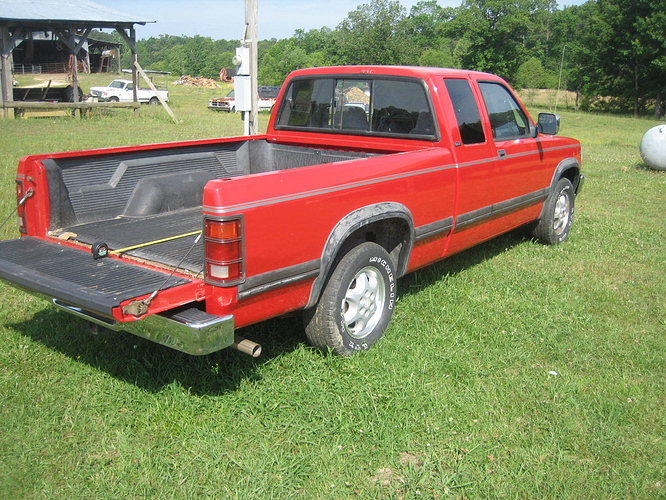 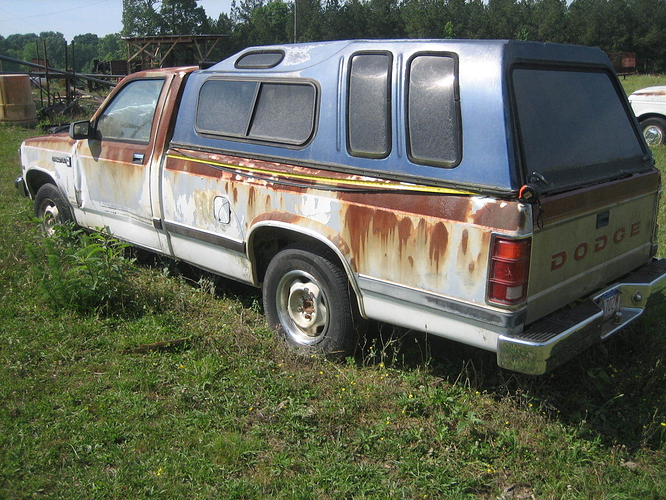 @Wayne, Do you find yourself wishing for a good 8ft dakota?

I don’t use the dakotas for work so the 6 foot bed works OK for me .

OK, well its looking like there aren’t going to be very many 8ft Dakotas that are up to spec out there, So I’ll probably end up with a 6’5’’ bed. On the OBD2 stuff, I’m gathering from what you said that you think that the standard “choke-cable advance” would work fine for your 99? Does any one else know of any OBD2 problems that I will likely run into? It sounds like Dad is going to town today, so I might go along and take a look at the truck. I don’t need a Dakota right away, (I can weld on the gasifier first) so maybe I should wait and get a 95 or older truck, or is this too good a deal to pass up?

Here’s some reading for you.

Just stay far away from the 4.7 v8 engine. Hard lesson learned that the timing couldn’t be advanced on them.

Form 96 to 97 the body style for the dakotas changed . If you plan on putting your gasifier through the bed and down to the frame there is a shock absorber that will have to be move from the front side of the axle to the rear .

@MarvinW, Thanks for the reading materiel, Ive started it, and so far OBD2 doesnt look like it is much of a problem. I dont like that is is more computor involved, but I guess I could learn computors. Thanks for the tip, I’ll watch out for the 4.7 V8.

@Wayne, Thanks for the tip! I will watch out for that shock absorber.