I’m on another mini side-project.

Over on my V-10 thread a couple of weeks ago, I posted some pics of rendering lard from pig fat. That worked great, and was really easy to do.

So, I thought with all of these wood ashes around here, I might try making some soap.

And the next step in that is making the lye (KOH - Potassium Hydroxide).

In addition to use in soap making, lye is handy as drain cleaner, degreaser, and even as electrolyte for those super-capacitors that are being discussed on another thread, and in the manufacture of bio-diesel.

The main ingredient in making lye is hardwood ashes. Certain kinds are preferred (oak, apple, etc.) but just about any kind will do. For my source of ashes, I am just using the ashes produced in this Baker’s Choice wood cookstove, since I pretty much exclusively burn good quality hardwood in it. 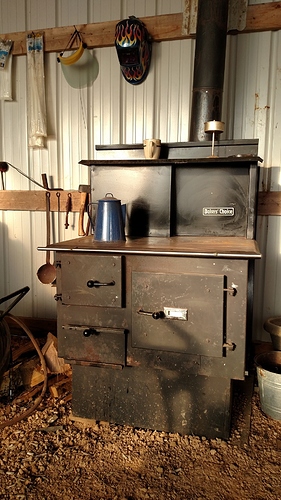 Here’s the setup for making the lye. 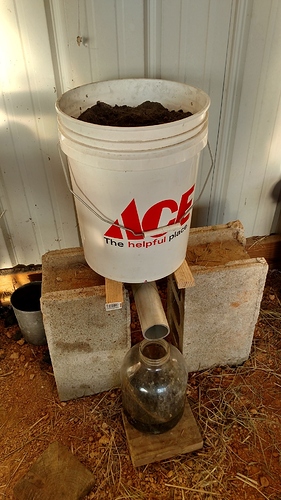 I have poked about 5 small holes (around 1/8") in the bottom of the bucket. I put them in the little raised circle in the center of the bucket, since this kind of makes a natural drip ring. Under that, I have a piece of PVC pipe at an angle with a section cut out so that the lye will drip into it. This funnels the lye into the glass jar.

I got the basic setup from this article published in Mother Earth News.

How to Make Lye from Ashes

Learn how a leaching barrel helps filter rainwater through hardwood ashes to make lye for the soap-making process.

I assume you know to be extremely careful with the lye. Not only can it burn you badly, but it will also heat up water very quickly.

Whenever my sister used to make soap, the lye stage was added outdoors, with rubber gloves, and a strong breeze to keep the fumes down.

Always meant to try soap making. Maybe someday.
I’ve read that you can make a crude soap by putting ashes from your campfire into the bacon grease in your frying pan.

To make the lye, you simply make a depression in the top of the ashes, and pour water into it. The depression I made was about the size of a pint jar. It is important to use soft water. I used rain water. You can also use snow melt.

Anyway, in a period supposedly ranging from a few hours to a few days, the lye will start dripping out and fill the jar.

All of the articles I read were very vague about how much water to put into the ashes.

I started out with 12 cups.

After a couple of days, I had gotten about a table-spoon of lye water, with no new dripping.

I figured the first amount of water was just enough to saturate the ashes, but not enough to let it run through.

I added another 8 cups of water, but still didn’t get any more lye.

After a few days, I began to suspect that my drain holes were stopped up (I had originally drilled them to 1/16", and the gravel I was using had some fines in it.

I drilled the holes out to 1/8", but still nothing came out.

At that point, I decided to begin adding water in earnest.

I probably added about 20 additional cups.

Almost immediately, a dark brown liquid started coming out, and continued dripping for about an hour It looks like I got about 3 cups.

I swirled a chicken feather around in the lye, and the feather began to melt. This is one way of testing to see if the lye is strong enough.

Anyway, that’s as far as I’ve gotten at this point, but it looks like a success.

The biggest danger is probably splashing it in your eyes. It can blind you.

They say its a good idea to keep a jar of vinegar sitting around.

If you get some on your skin, just douse it with the vinegar to quickly neutralize it.

I use potassium hydroxide as environmentally friendly paint remover.

You only get KOH out of fresh ashes. In older ash KOH reacts with air to form K2CO3 So be carefull about that. Alsow if i remember correctly the solution of KOH shuld be boiled down until the egg three days old floats in it. This solution can then be mixed with fat to make soap.

Kristijan - Thanks for the info. I am aware of the egg test, which I imagine is somewhat more accurate than the chicken feather test. The most “scientific” test I have seen is that you want a specific gravity equivalent to fully saturated salt water.

Hadn’t heard that about old ashes.

I have neither feathers nor eggs. I wonder if a battery hygrometer would be in the correct range to read the specific gravity?
Oops, I meant hyDrometer, not hyGrometer always get those confused.

From what I’ve read hydrometers are calibrated for the specific liquid you are testing, battery acid, urine, etc.
Check out this site for an example.
http://www.ehow.com/how_6962609_calculate-specific-gravity-liquid.htm

I would say that you will need a scale capable of measuring to very small units of weight, perhaps tenths or hundreths of a gram.
If you’re making soap here’s a good link for lye. It uses the egg method. 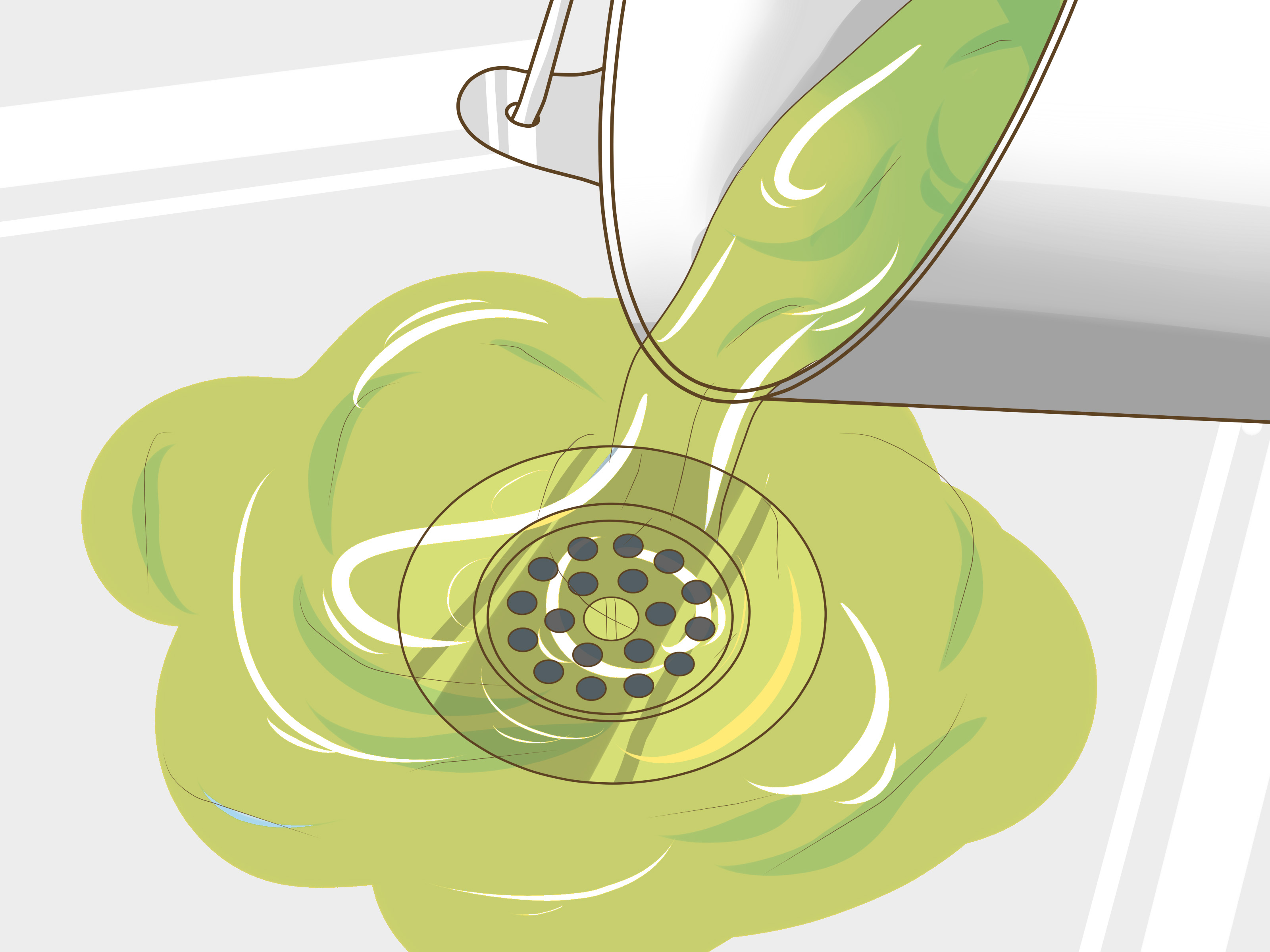 How to Make Lye

Lye is an alkaline solution that's often used for washing, making soaps, and curing certain foods. Lye is sometimes called caustic soda because it has a pH of about 13, which means it's extremely alkaline and can burn and corrode skin,...

Also, the SG of a saturated salt solution is 1.18 - 1.2, so when your marked floating stick floats at that marked level in your lye solution, the lye has a SG of 1.2.
Pepe

One article I saw gabe a homemade way of doing this.

It said mix up a gallon of salt water, adding salt and stirring until the solution will not hold any more salt in suspension.

Take a stick and put a small weight on one end.

Drop it in the salt water solution.

It will float weighted end down.

Mark the stick at the point where it breaks the surface of the water.

That is your reference mark.

Now just put it in the lye solution.

If the stick rides higher in the solution, then it is too strong. Add some rain water.

If the stick rides lower in the solution, it is too weak. Evaporate some of the water off by heating.

Kyle this is a guess but could you not evaporate it fully and start from a solid to get the right strength? I have seen soap recipes which call for lye flakes dissolved in water…

David - Yes. You can evaporate it completely. It forms white crystals. This is what you want to do for long term stoarage of lye. However, I think you still have to measure the strength when you hydrate it to get the right strength.

The commercially available lye is actually sodium hydroxide rather than pottasium hydroxide. It is available as crystals, and tends to form a harder soap.

I am trying to make castile liqquid soap and i am using potassium hydroxde. But i added the powder to water and it didnt sizzle, it didnt get hot, it didnt hiss, infact i put my hand in it and it didnt even burn.it was just like adding salt in water. Im sure this is not the right reaction and could have been the reasson why my soap didnt work.
Of cos i went ahead and added it to my oil miture and i had a soap disaster as i couldnt get it to trace. i just had a pot of oil and water on the stove instaed of soap.

I can’t say that I ever got far enough with this experiment to call myself a good soap maker.

My guess would be that your solution was too dilute.

Is it possible that your powder was “cut” to make it safer to handle?

Did you have specific directions for the proportions to use?

I am a little surprised that you were able to obtain potassium hydroxide commercially.

Normally, sodium hydroxide is what is commonly available for soap making, and the proportions are different.