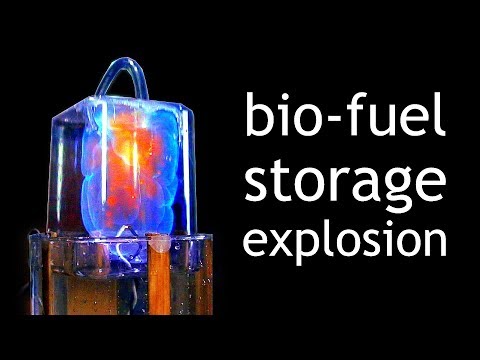 Mart,
Great video, thanks for sharing the link!
Good to know what happens with different gas/air mixtures.

I used to build hydrogen over water rockets using 2 liter bottles. Those things would go a good 200 feet!!

Then when I tested the early blow off lids I inserted air until the gas buckled the hinges. Yup they work!!

Great video, but I don’t understand why we aim for 1:1 for max power??? His experiment would not ignite at 1:1 What did I miss?

The video is , for us, a bit misleading. Its actually retort gas, no nitrogen present, so pure CO

If you look his other video’s then you can see his setup. how he did build his gazometer and his woodgas generator…

Carl,
Good question. The actual best ratio for running a particular engine might not be 1:1. Although you woodgas drivers find the best ratio by experience, engine sound and power, and post-combustion Oxygen sensors (rich / lean ). His wood-gas may not have been as pure, made at lower temperatures than a WK gasifier. The flame front speed and color were different for the different mixes he filmed. The water vapor may have also affected the result. Watch the explosions in slow-motion, or frame-by-frame. Very cool video! Nice high-speed camera work!

Koen Van Looken nailed it, his other videos are also very much worth the watch. With such a device combined with a compressor seems it would be easy to compress wood gas into propane tanks.

One thing that is missing is compression of a engine piston 11:1 and what Koen said.
Bob 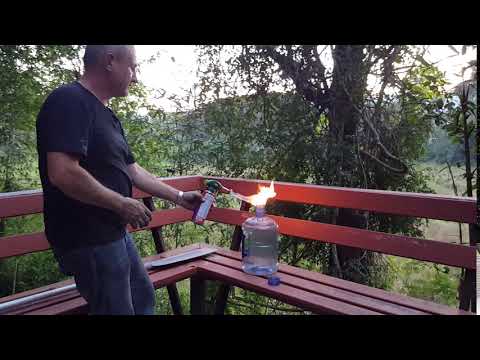 Thanks Koen,
I´ve been following this guy for some time now, he´s got some very interesting videos. I think he´s smart. Good video to learn and teach.