I see a lot restraint in the use of woodgassed vehicles when it comes to heat, it looks like this is to prevent a melt down. No pushing too hard for too long for fear of melting a hole in the side of the gasifier. I understand a lot of units up and running are made from whatever happens to be lying around, so they’re not going to take any sustained high temps.

Is this situaltion a practical limit to better gas production? if the gasifier was built to take double the heat as is the norm, would wood gas production continue to increase along with the temperature all else being equal?

Has anyone here played with ceramics or high temp alloys like Inconel 600+ and then went out and explored the limits? Seems to me, it should be possible to build a gasifier hearth to take short bursts at 3000 degrees?

Seems like this might be a way to keep a small well behaved gasifier on the truck for tooling around, but also allow better top end for hills and passing or towing etc…

Is it simply just too expensive, or is there just not enough “bang” for the buck building with high temp materials?

besides the material “meltdown” issue, there is also the slagging temperature ( ashmelting point from your feedstock )

Yes, you can use better materials
and yes, there are some chemicals useable for avoiding early slagging…

I am sure with enough time and money one could design and build many improvements into the gasifier but to enjoy the faster speeds one reaches the point of diminished returns quickly. 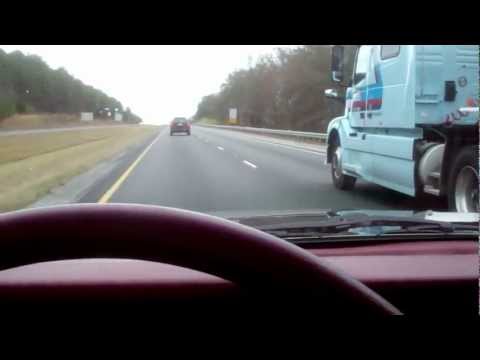 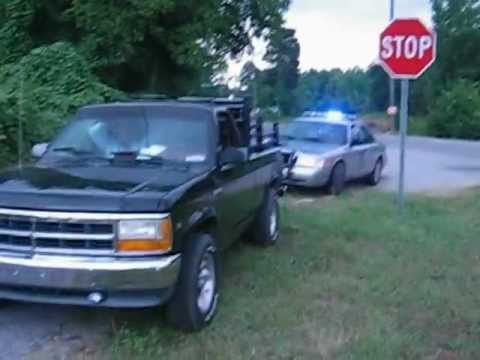 Wayne I know I have read it before and I know you don’t like to get into it too much. But what is the typical life of a gasificer built to your design and taken care of? If I remember right I read something like 4 years and still running with something like 30,000 miles? I could be totally wrong with the numbers but I was thinking you had proven that it would last long enough to be practical.

It seems with the original air flow design on the fire tubes are good for about 20-25K miles . On my V-10 dodge ram at about 4 years and 24K miles I had to replace the fire tube. A lot of the miles were hay field and pasture driving and some were pulling heavy trailers.

With the updated air flow routing on the burn tube I expect them to last much longer . On the last two gasifers I built with about 6K miles on each I can see very little or no wear on the previously failed area.

Wayne thanks for the update. I am looking at much the same type of usage haying and other work around the farm. I keep thinking about what I could save in fuel over a summer. I would much rather cut out the edge of the fields as fuel then spend the money at the gas station. At about 3.5 gallons an hour it isn’t cheap haying with old gas tractors.

. BTW, your work in gasification and YT videos are why I joined this site.

I ask this as I have access to Inconel 625 offcuts that I can get at about 1/2 price. But if gas production does not follow the increases in heat, then it hardly seems worth doing.

I don’t know at what temps clinkers would form . I have never had any problem with them.

I googled Inconel 625 , If this material is affordable it may make a good fire tube

Looks like scrap dealers are paying $4-5 a pound… Probably double that for new metal.

Just wanted to reply in general to this topic. First off, yes more heat does produce “more gas”, right until the container melts. This is due to the water shift effect… basically all the heat can be used to convert water to hydrogen. The water is already there, we are throwing it away with both hands (condensing hopper) but there’s plenty left for making hydrogen.

The other benefit of heat resistance is you will have a wider turndown ratio. Instead of building a bigger gasifier, you just push a small one much harder. This might be like a small car with a turbo, which is more efficient at low speed than big V8s. Also more tweaky and much higher maintenance.

You will run into things like clinkers if the ash gets hot - much more so with straw than wood. You will also have a harder time adequately insulating an extremely hot fire, because the temperature difference is much higher. Oxygen will still penetrate the entire char bed at a high draw rate, regardless of the temperature tolerance.

The other way to go with inconel, is just using it as an extremely durable gasifier material. Operated at normal loads, such a machine will last indefinitely. That feels like a better goal than higher heat tolerance.

Personally I feel like exotic materials are a goose chase, and not the right direction for DIY’ers. Most of us are interested in reliable, low cost units that make use of an abundant resource (wood), with reasonable efficiency. Getting fancy with the materials will require more skill, more advanced fabrication, and significant expense. Most folks won’t be able to benefit from it.

That said, if you’re sitting on a pile of inconel or stainless steel, by all means! Build something amazing, and share the results with us.

I worked for INCO ha ha!
I had a question about this many years back and talked to one of our engineers about it.

He suggested I make better use of 316 stainless steel because it was cheaper and easier to weld ( also find in scrap ).
He also looked at the problem in a different light than I did and suggested that I should change the size of the gasifier rather than try and make one with a wider operating ratio.
He compared the problem to glass is half full or half empty joke ( glass is actually wrong size in the engineers eyes )

Monel was named after the CEO.
Around that time a big bosses on wall street had all the fixtures on his yawt made of the stuff because it looked like gold and would not rust ( turns out by fluke the ratio of nickel to copper used in the alloy was exactly the same as the ratio of the metal coming out of the ore in the 402 ore body at Creighton ).
As soon as the hull hit the water the Monel started a reaction that made the boat sink within 6 months of going into the water.
There is a lesson here…
Use the right material for the job does not always mean the best ( by that I mean the highest working temperature ).

Our shop does a bunch of oil and gas, aerospace, marine etc, so we’ve got all kinds of crazy steel laying around, including some of that Monel 400

! There was a time about 10-12 years ago that nickel ore was 28/lb, and stuff like C276 Hastelloy, Monel, and all the Inconels that are like 60% nickel would just walk away after hours. Couldn’t keep it in the yard, had to lock it up inside or the scrapers would get it. Tons of money in scrap steel back then, guys were getting close to 300.00 CAD/ton for scrap cars, and US mills with electric arc furnaces were breaking records every month paying more and more for prepared hard metals. I think it topped out near $800.00/ton USD!!

Just thinking forward, so it looks like with the gains in gas production, come a new set of potential issues - what else is new

When the prices where high alot of old tractors went away as well. Sort of sad if you like the old stuff. But time marches on.

If we could go back to that time when scrap was thru the roof, I’d get roughly $4700.00 if I took them in, that’s more than I paid for them.

I have no experience with this yet, but from what I have read from people who have, I have to ask would running hotter build the charbed fast enough to keep a strong reaction going or would oxygen get threw to burn the gas and make even more heat?

Around that time a big bosses on wall street had all the fixtures on his yawt made of the stuff because it looked like gold and would not rust ( turns out by fluke the ratio of nickel to copper used in the alloy was exactly the same as the ratio of the metal coming out of the ore in the 402 ore body at Creighton ).As soon as the hull hit the water the Monel started a reaction that made the boat sink within 6 months of going into the water.

The New York Times of August 12, 1915 published an article about a 215-foot yacht, “the first ship that has ever been built with an entirely Monel hull,” that “went to pieces” in just six weeks and had to be scrapped, “on account of the disintegration of her bottom by electrical action.” The yacht’s steel skeleton deteriorated due to electrolytic interaction with the Monel.

Steel + nickel alloy + salt water = (NiFe) “Edison” battery. That would be a problem!

Chris that is funny because those are very old batteries. Guess someone should have done a little more research.

At one point I was being paid almost as much as 50& of my wage on top of overtime.
We made Billions those years
Some of the best years of my life before the big 1 year strike ( new owners did not like the nickel bonus system or pensions and a lot of things… )

At Chris.
The guys at Sheridan park were beating their heads against the wall between the wars trying to find things to use Nickel for.
Stainless steel alloys were number one but they also looked for applications.
One of them was the stainless steel sink.

After the 69 strike it seemed like high prices and new markets were the norm for a while.
Mother Inco decided to buy Rayovack batteries in an attempt to corner the rechargeable battery market ( Oil Crises time they were thinking electric cars ).
Utterly stupid idea we lost billions ( also decided to build a ship to mine the sea floor after Glomar Explorer was launched ).

They were great days for me too. I worked for a big fab shop, and we landed a big project to build the conveyor gallery for the mine at Voisey Bay in Labrador. OT city, the money was swirling like a hurricane, material quotes on high nickel alloys were good for 24 hours, normally they were good for 30 days lol! Impact testing everything under the sun on that job. 7 years later our shop was bankrupted by a cancelled Suncor Oilsands project due to the Global Financial Crisis , and I was kicking pebbles!