My irst step (i got a truck)

I did it !!! I did it!!! ! I got a truck last night ~!~!!
2001 dodge Dakota 4.7 V-8 4 speed auto 2 wd
This is the filthiest truck I have ever seen but it runs GREAT!!!
113,425 miles on it!
needs a radiator flush. and a radio( OMG no Radio ) and the glove box won’t open without a screw-driver…
The paint (old water based Uggg) is nearly half gone showing gray spots and undercoat EVERYWHERE. My brother (a house painter) thinks he can clean that up for me some.
The interior is good I guess, But the carpet smells like mice lived in the cab for a while…YUCK! GROSS The carpet HAS TO GO>>>>
BUT All that doesn’t matter
IT RUNS GREAT!!!
And I ~~~ GOT A TRUCK! $1800 YEA~ 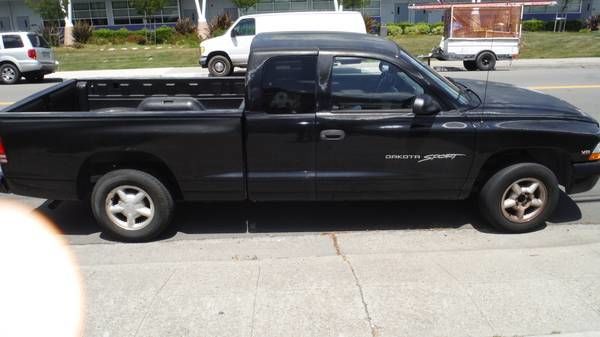 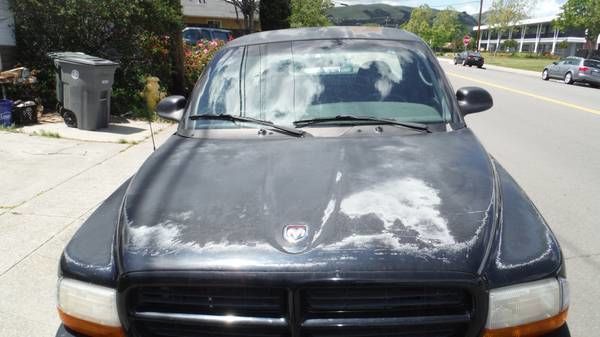 Good for you Richard on your find. Sounds like it was priced about right. You bought the truck I wish I had started with instead of my carbutated 1980 Ford. Look forward to seeing your progress. Oh yea, my wood truck smells like mice lived in it all winter too…because they did!

One cheap but effective way to get a decent paint-job on a car is to get a can of the brushable Rust’o (make sure it’s Gloss and Oil-Based) such as THIS STUFF, mix it 50/50 with odorless Mineral Spirits to thin it, (sand well first!) and then brush it on in a few coats, sanding between coats. The spirits will thin the paint enough that it will become “self-leveling” and your brush strokes should disappear as the paint dries.

Follow Wes Kuehl’s project thread closely, he’s pioneering the 4.7L engine - similar to the 318 but not the same. He can probably give you some tips on working with that body style as well.

Richard
Nice find on the truck. The 4.7 will work well.
I’m running a 2000 4wd dakota with the 4.7 and seems to run well.
The only thing I still plan on changing is the ignition timing. But with no distributor its a different fix