I burned this out of a few steel wheels I picked up somewhere. 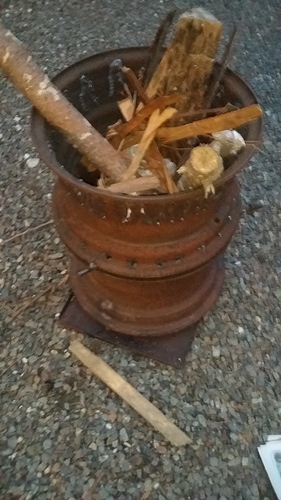 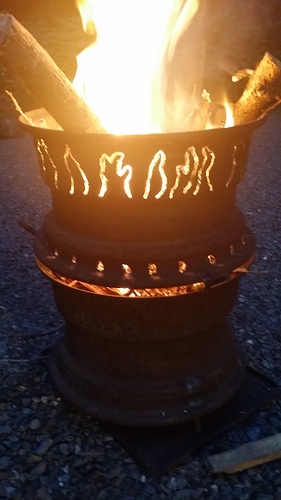 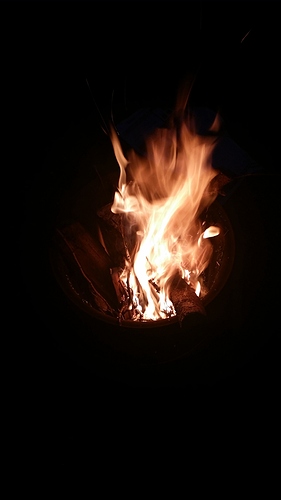 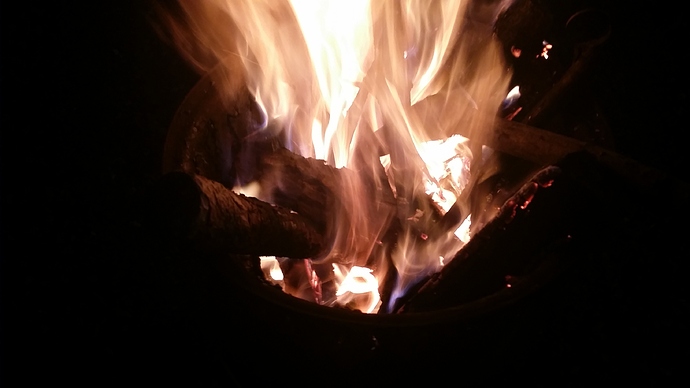 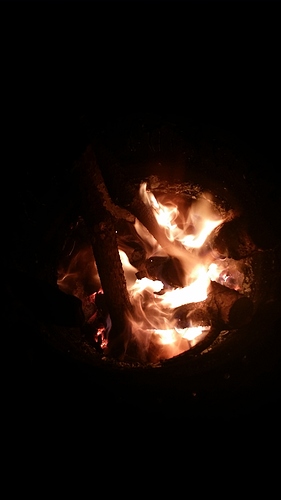 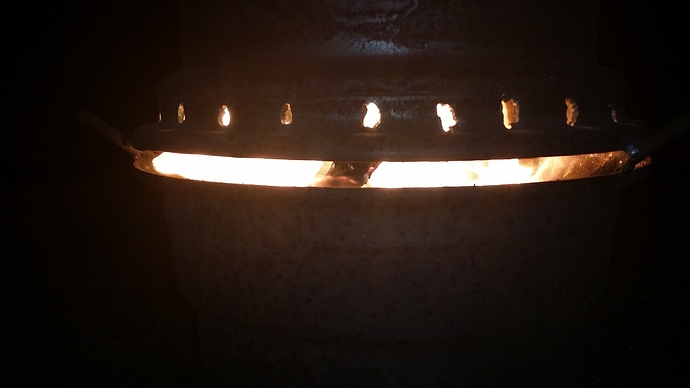 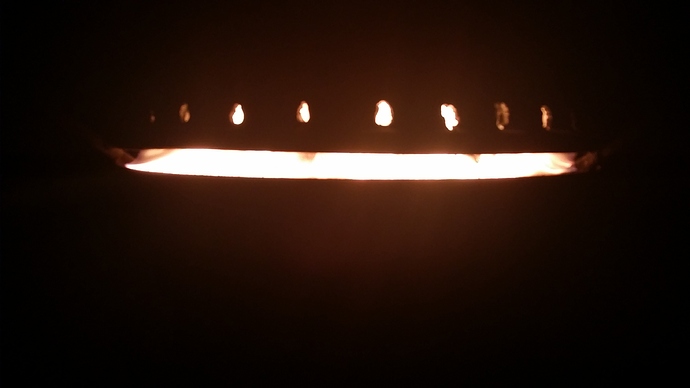 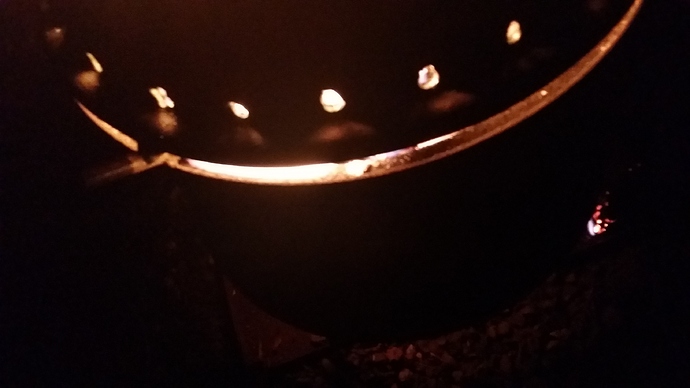 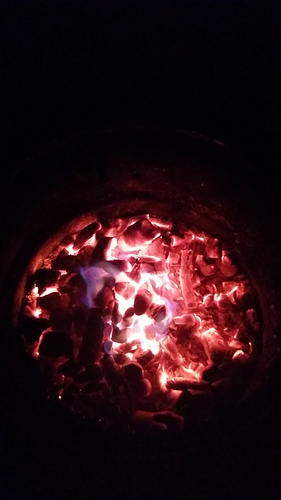 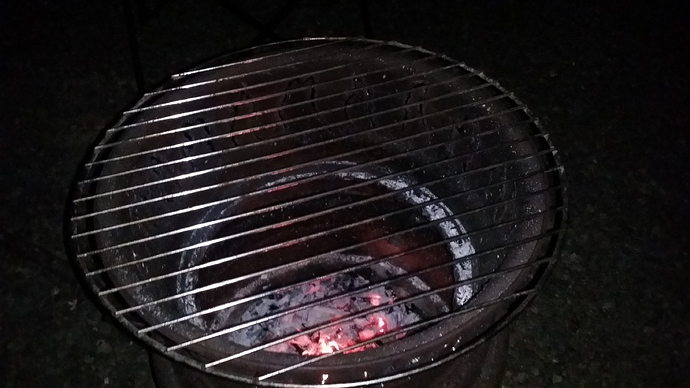 I have some sort of dyslexia that affects drawing, as well as hand writing, so anything free-hand is usually questionable at best.

Nice work Brian, that´s what the brain and spare time is for, …GOOD MIND HEALTH!!! It keeps Altzheimer far away. Don, I really like your “Bowl WC Furnace”

I´ll copy that one!!

It keeps Altzheimer far away.

I’m only 31 so I REALLY hope I don’t have to worry about Alzheimer’s any time soon! ;p

Don it looks like you have your own supper bowl anytime you want.

Brian I´m 68 and a medical doctor (second profession) and I kind of know something about it (joke). It´s good to do things to retard this codition sense young age.

Don, At the end of the meal do you flush to extinguish the fire? lol.
Pepe

Thanks Brian for showing us this, I hope you don’t mind me copying your work. Good job on the build you did there.
Keep on Gasifiing. Bob

I copied someone else and put my own twists on it.

I Love it, I’ll have to do that. It’ll drive all those old people here in town nuts. Because all they have time for is to complain about the stuff in other peoples yard. I literally have to rotate the placement of my outdoor stuff. ( where it sits) at least once every ten days so the city can’t charge me 100$ for a blight ticket so once a week I go out and move a few things around and they pretty much leave me alone. Although now their latest thing is they want me to cover everyhing with blue tarps. I said to the Police officer: Blue!!! Really?? WHY NOT DAYGLOW PINK? Then your resident whiners will actually have something to complain about.
We say that we are FREE because we live here in the USA
The powers that be would like to control every aspect of our lives if we’ll let them.
RESISTANCEis a good thing.
The REBELLION IS COMING
Its just a matter of time.
Jesse

Although now their latest thing is they want me to cover everyhing with blue tarps. I said to the Police officer: Blue!!! Really?? WHY NOT DAYGLOW PINK? Then your resident whiners will actually have something to complain about.

One of my friends used to have a lot in a “vacation trailer community”. People would buy small lots and could park their trailer there, as long as they themselves only spent 1/2 of the year on their lot.

Anyways, one of his neighbors, who was clearly living up there as many did, complained about the color of the (brown) tarp covering our fire wood pile at the back of the lot.

Blue tarps are specifically mentioned in the lease thing, but offered no help otherwise. I had a camouflage tarp in my truck, so we threw that over the pile to blend in with the trees and brush behind the lot.

I feel that blight ordinance thing is discriminatory We are supposed to have the right to life liberty and the pursuit of happiness. In my pursuit of happiness as a poor person, I can’t afford to buy all the goodies. I have to build them. What do I build them from? You KNOW what! JUNK!. Usually the junk has to sit for a while until I have enough pieces or time to build the thing. I don’t imagine that argument would get much sympathy in court, nor could I afford to take it there, but hey, know that I feel your pain on that issue.

I´m with you guys, same thing here o worse in Venezuela (politics apart). It makes me remember this frase: “…two things I´m certain are infinite, the universe and human stupidity” (Albert Einstein). One of the reasons I live in a farm, to wich you cannot arrive without a 4x4, is that my nearst neighbour is faaaaaar very far from me.

“Tarp blue” is a natural color in manufactured housing communities. Other colors of junk covering is offensive to the sensibilities of the aboriginal residents of said communities.

You just can’t please some people, no matter how close you follow THEIR rules for society.
Hell if it were not for my 14 yr. old daughter. I would be living someplace at least 30 miles from my nearest neighbor.
Right now I can only dream. In 4 yrs. I’ll make it as much of a reallity as possible
Jesse

One of the benefits of living on an old grandfathered farm which is zoned ag here. I can have whatever I want around because I have a farm and farms have stuff.
My brother has a lot out in the middle of know where and he managed to upset a neighbor. So the town go after him about unsightly old cars around his house and not having a junkyard. He was an auto mechanic at the time. He got all the cars off in the woods in his 20 acres all was good for a few years. Then his neighbor went and complained to the town again because you could see the cars on Google earth. That got the town all worked up they didn’t want pictures of their town being a junkyard that you could see on the web. He ended up having to get rid of the cars. Talk about stupid you couldn’t see anything from the road or his driveway.

I like the toilet recycling photo above very creative to get the fire and cooler in one.