Hi all I know this it totally off topic, but has any one had any experience with neodymium permanent magnets?

My baby daughter was born 4 weeks prem, and suffers from apnea, ( she forgets to breath every now and then ) so we have to watch her very carefully 24 hours, we have alarms and monitors but it’s still a little nerve-racking. Just like you don’t completely trust your alarm clock when you have to be up for some thing important!
She will grow out of it in a few weeks.

So I’m doing a lot you tubing. And there is a lot out there on these Neodymium magnets, and claimed free energy machines. Now being part of this great wood community we are all like minded individuals that have explored and researched alternative energy. Has any one tried them or seen first hand units working ?

Patrick,
I have a friend that is a engineer that builds permanent magnet motors for wind ,solar and other uses last year I brought one of his crank a watt to ARGOS here is his web site Prestowind @ yahoo.com and his phone number 513 232 1457 he will be more than glad to talk to you

Hi Henry, I hope to chat with you about this in Argos. 30 years ago I had designed (in my mind) a motor that coupled our rotation (earth) into the magnetic field. I’d call it a sky hook. I could see it spinning in my dreams. I collected and saved literally miles of wire to wind the coils. I had access to the phone company’s dumpster and collected all temporary drops they threw in it. Well, I got lyme disease real bad and had some brain damage and lost the vision. I still have some of the wire left. There are thousands of feet of it run all over my property to run phones and transfer 120V electric. It is steel wire with a copper clad but the insulation does not biodegrade. Neodyne magnets did not appear in the public domain until maybe 20 years ago. It has allowed us to build motors and alternators for wind turbines and Priuses. There is some connection between gravity and magnetism that I have yet to understand. I believe this information is at our doorstep. It will just take someone to open up the right can and go duhhhhh and then share it with the rest of us.
WOODGAS DOES WORK !! It’s beyond simple. But, I believe understanding gravity without complications is probably more important. It is the strongest force in my life right now. I hope that this discussion will click the switch in someone’s brain and we can improve on that. My brain is full of holes already. I can still see my skyhook spinning in my memory but I lost it in a dream when I saw the earth being hit with gigantic lightning bolts from space (cosmic storm) … Oh well.
It’s your turn. Promethius was chained to a stone for giving man fire and a bird would eat his liver out every day and it would grow back. Something to think about … BBB
Regards, Mike

We’re clearly going to need a whiteboard at Argos.

Henry, What is a white board ?? Is it something like a chalk board ?? I will be bringing a tiny laptop which has autocad on it. I had another one but a bug got it on april 15 and I have to reformat it etc. M

Hi Henry
Were you thinking some thing along these lines ? 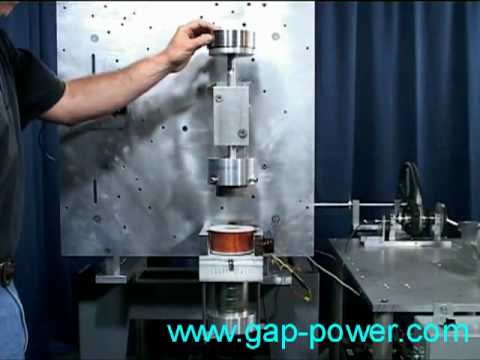 I thing this guy is really on to some thing here !

I have also been trying a perendev motor but the coging effect is far to great.
If as they say a monopole magnets are available then the perendev motor will work!
Or if you look at the permanent magnet rail gun and use that in perendev format it will definatly work with a monopole magnet. IF THEY ARE AVAILABLE if is not just youtube cloak and daggers.

As you say Mike gravity and magnitism is one of the least understood sciences, and the whole overunit is imposable philosophy is a dare not to dream mentality. The Wright brothers were told heavier than air flight was imposable, but it is just a case of understanding the physics behind it, and we don’t understand the physics of gravity and magnitism yet! And it’s just a matter of time before some dreamer comes up with the right duhhhhh !!!

And I think it’s sites like this where ideas are openly shared that the duhhhh moment will come!

Hi Henry
I follow you thinking. If you search youtube for gap power there are a few other that have recreated his system that say it works.
He does have a rotary version of the same concept. 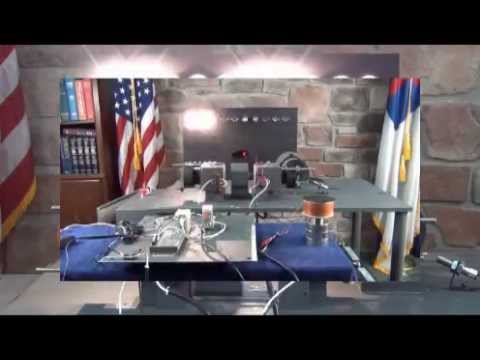 How about a TV reality show where the experts debunk all these things?
I’d watch it, just for fun. Have to be better than most of them on today.
Isn’t there some law of physics called “conservation of energy” that makes
all of this a waste of time?
I could see the first season focusing on the guys who are really con artists and
the second season being the guys who really thought they had something.

Perpetual motion machines have bee around for a long, long time and none of them have worked yet.

You and Me
I hate me too, I’m always looking over the fence and dreaming. When I have time to sit and think ( while on watch ) my brain gets in to all kinds of trouble.
Now as you say if those kEyHo’s rotor is bigger with multiple stators and then stacked running a permanent magnet alternator charging the battery, and harnessing any back emf coming out of the coils he would be in business.

Have you seen the monopole magnets they claim to have or is just A load of BS ?

And the V gate motors ? 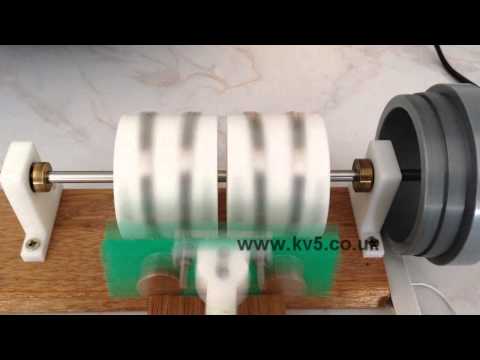 Henry and Patrick, You make a few comments and post a youtube video. Youtube videos are absolutely worthless to me so I am totally out of the loop. Beardon had some interesting stuff to say. A side kick of his in Iowa was on to something but alas, we run out of time and lose track of our side tracks. His name was Dave. He was warping the scalar stuff in his area and altering the weather some. I have a half built device with a 4-1000A tube in it to play with. Back to youtubes, the 2 remaining computers I have that have wifi are now history as of 4/15 … I am currently re-programing one of them for use in the field as there is nothing wrong with it. I just made the mistake leaving it hooked to wifi too long and Microsloth got into it and killed it. I guess my daughter took it to a shop that installed a bad copy of XP to it. I turned off the update crap but it turned itself back on automatically and committed suicide. I will probably remove the hard drive and run it full time in the field in the DOS mode on a flash drive … I used to keep a spectrum analyzer running here to keep track of the scalar activity …
http://userpages.mhtc.net/~mlarosa/contrail.html
is what is left of one of my old web pages
http://www.intergate.com/~mlarosa/contrail/
is a link to where I posted some captures.
I think his name is / was David Wells …
http://www.intergate.com/~mlarosa/contrail/capt0607161305.jpg
is just one example of a capture worth noting, followed by major weather stuff.
The answer will be real simple and won’t involve anything too complicated … Blow on the coals and stoke them up and eventually the poof will come …That’s how I explain woodgas to people.
Mike

Mike if it’s ant consolation all of your Intergrate posts are not assessable from South Africa.
Thanks Patrick

Have you tried a VPN service to get around geo blocking?

I use VyprVPN by Golden Frog. It’s not the cheapest at $10/mo USD but it’s the fastest i’ve yet tried. It’s the only one that has been fast enough to stream video (Hulu, Amazon and others) as well as play online gaming (not that I ever have the time anymore).

My cellular carrier is my internet - I wasn’t going to pay another $50 a month for internet when I already had it on my phone. They of course attempt to discourage this by blocking things. The VPN gets me right around their mess, and $10 more a month was a lot easier to swallow than $50 more. We have 4G here in the US, I can hit 35-40megs down pretty frequently. I bought a SysWAN Duolinks VPN Load Balancing router and often tether the wifes laptop to the second WAN port. By using download agents like Getright I can pool the bandwidth on large (1GB+) downloads with multiple socket connections across both WAN ports. I’ve hit a 75 Mbit download across the two connections multiple times. Chew on that AT&T…

Not familiar with monopole magnets.

I think the V-gate motors use the v-shape design to overcome magnetic cogging. Seems like they would produce less torque…

I just don’t have the time to venture down this road again, someone else will have to tow the line. It would sure improve a lot of lives if we could all produce electricity for free. What would Wayne and Chris do then when everybody converted their trucks to electric?

“I just don’t have the time to venture down this road again, someone else will have to tow the line.”

Somebody else yes… and somewhere else. Don’t want to be the bad guy here, but this isn’t a free energy / overunity forum guys. There’s a lot of wacko stuff out there… Let’s stick to tried and true woodgas.

Sorry Chris
Was just getting other educated peoples opinions on what seamed to be to good to be true.
That’s why I started it in its own thread, so as not to annoy any one, if they want to read what’s said they are welcome.
We have discussed HHO systems and Geet systems, wind turbines, solar panels they are all out there, I thought a separate thread discussing Neodymium magnets would be ok.

Sorry once again
Thanks Patrick

No need to apologize. Yes many things have been discussed, and this is the proper section for it (off-topic). Discuss the magnets all you like – just be wary of catching the overunity bug. It’s generally unproven and lots of BS surrounding it. Laws of physics must be obeyed.

Just remember, we do have the ultimate free energy source shining over our heads every day – and woodgas is one of the most practical ways to use it.

Thanks Chris
That’s what I was doing is asking second opinions on the Too good to be true world of over unity.
I completely agree the sun and earth are the biggest forms of free energy, it just how to utilize it with out destroying it in the process ???.
thanks patrick